If She Smokes She Croaks 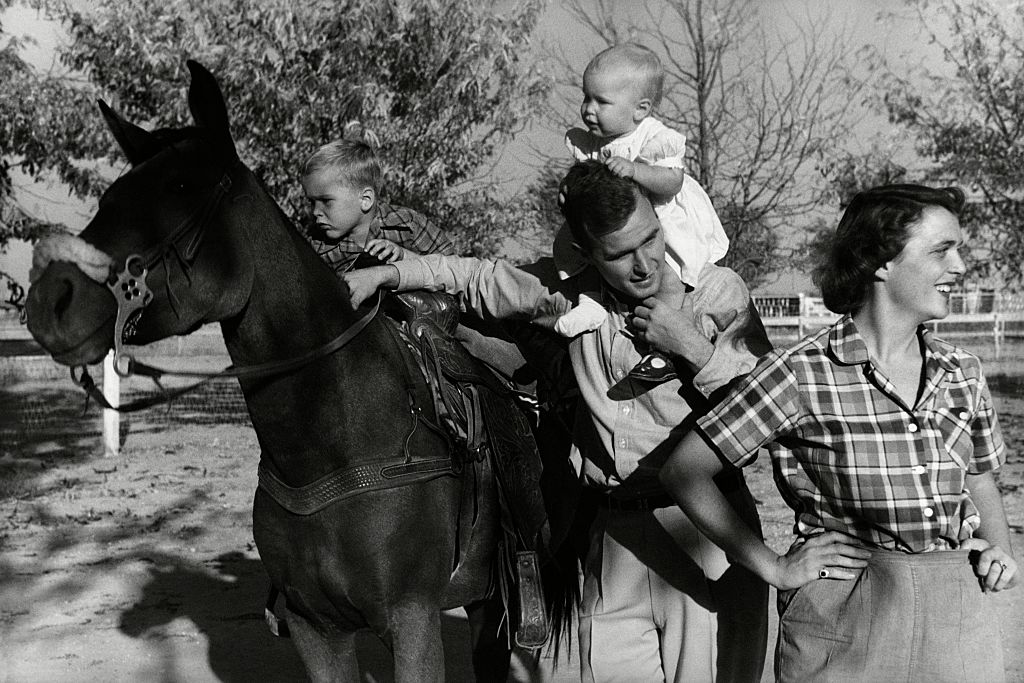 Former First Lady Barbara Bush has been a thousand years old for decades, but, after a long and what sure as hell seemed fun life, she’s finally gone to that big ashtray in the sky. She passed away this Wednesday at her home in Houston due to obstructive pulmonary disease and heart failure. The New York-born Bush was the kind of brassy outspoken woman who only gets better with age, and even within the last two weeks of her life, she had this to say to her doctor about her little rascal son George W. Bush:

You want to know why George W. is the way he is? Because I drank and smoked when I was pregnant with him.

This seems like more of a factual statement than a joke, but either way, it’s the kind of spit-fire irreverence that the world could use more of right now. Or, maybe it’s a somber confession. Either way, Bush was obviously on top of her game right up until the end, and considering she was alive for ninety-two-years, that’s saying something. Bush took over First Lady duties from Nancy Reagan in 1989, and according to The Daily Beast, while Nancy Reagan’s new money sensibilities were about as subtle as an Italian building a waterslide off his roof on the Jersey Shore, Bush had that bad bitch colonial old money that brought sophistication to the White House. The kind of sophistication that can only be replicated by a Central European.

Following her time in the White House, Bush became mostly known for her DGAF commentary (in 2010 she said of Sarah Palin: “I think she’s very happy in Alaska, and I hope she’ll stay”) and the fact that she was a smoker (but I think people confuse her with her daughter-in-law Laura, who actually smoked in the White House, which is so cool.) In her memoir, Bush declared that after twenty-five years of smoking, she sadly had to give it up in 1968.

But Bush was more than just an unfiltered old broad who prefered unfiltereds, and was one of the first people to give a shit about AIDS victims as far back as 1989. That year a photo of her hugging a baby with the AIDS helped to change perception of the then largely unknown disease. Sure it might have just been a photo op, but quite frankly, it’s 2018, and I wouldn’t touch that baby if you paid me. But I’m a terrible person, and Barbara Bush wasn’t. R.I.P. Barbara. Have a cigarette with Jesus for us.