Kendra Wilkinson Using Alcohol And Xbox To Get Over Her Ex

Kendra Wilkinson is coming out of this divorce a weak woman. If sipping from a shot glass on Snapchat in a bunny ears filter while playing Xbox doesn’t spell lost human being I don’t know what does. Kendra is currently staring at the skid marks trying to figure out where she went wrong right before she hit the wall. If we backtrack we can clearly see that the her and her husband had too much in common. Also she should have stopped using adjectives strictly reserved for women and sunsets to describe him. She was attracted to, and often referred to her hubby Hank Baskett as a “beautiful man.” Little did she know that Hank also happened to be into “beautiful men” and cheated on her with a transexual. Allegedly. But I wouldn’t be surprised if the divorce was inspired by him being the only wide receiver ready to catch balls from men wearing dresses at the local Motel 6.

Hours after confirming her split from husband Hank Baskett, Kendra Wilkinson Baskett kicked back with a drink and video game.

“Lol drunk bunny gamer” the Kendra On Top star, 32, wrote alongside a picture of herself in a bunny ears filter on her Instagram Story.

In the snap, she appeared to be drinking from a shot glass while wearing a pair of headphones with a microphone that was attached to a video game controller resting on her chest.

Ending the union after Hank had a boyfriend who looked like a girlfriend is one achievement that can’t be unlocked on Xbox Live. But she’s still a loser as her highest scores in life include swallowing Hugh Heff’s sack whole and marrying a wide receiver most likely into his team’s tight ends if they wore a wig. She’s far from a winner but at least she plays the game. 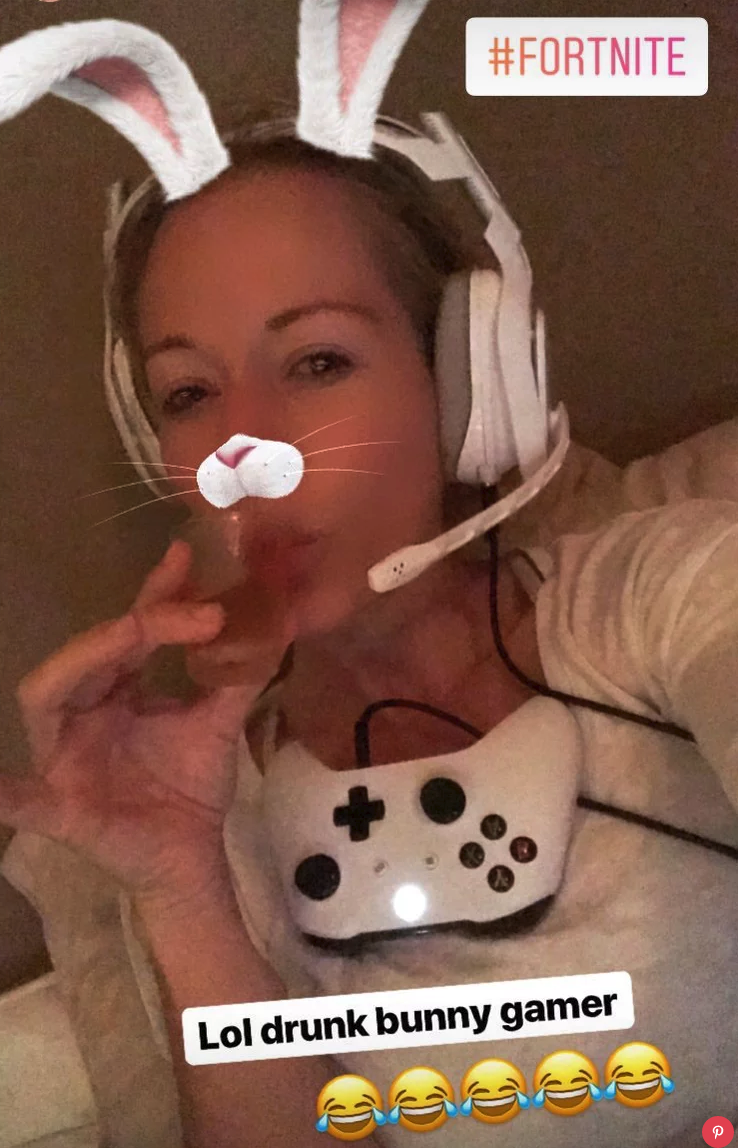