Is racism a dated concept? Surely it must be gone by now because that’s what Kim Zolciak believes. Now that whatever fame she has is fizzling out she’s free to go full privileged white woman on a few females. She communicated her grievances to Andy Cohen on the RHOA reunion stating that Bravo couldn’t find another snow bunny willing to put up with five angry black women. Which would be true if there was an authentic white woman on the show to begin with. Kim is not an actual human being but a caricature in full costume. I know Marlon Wayans in white face when I see it.

Crying in the bathroom to Andy, Kim said:

“That bitch knows I’m not racist. NeNe knows I’m not racist,” Zolciak-Biermann told Cohen. “You know why you have not found another white woman to [join the cast]? Because nobody is dumb enough to do that! Put yourself in my shoes — five African-American women — just hammered! I couldn’t even speak, my mind’s a f—— whirlwind!”

“This whole racism thing in this day in age is bullshit. Everyone of those motherfuckers on that couch owe this world a fucking apology for this racism shit,” Zolciak-Biermann said. “They already tried to claim that shit long ago. Nobody bought into it then because the social media wasn’t there and racism wasn’t fucking all that real. You know it.”

I’m not sure what Kim is going for aesthetically but I wish her all the best with her transition from female to Bruce Jenner. I’d blame my problems on others too if I was constantly accused of being a man in drag. She should expect accusations of racism as well as other allegations when she’s on a show that retains its viewers by increasing the drama. If everyone was hunky-dory no one would know who Kim Zolciak is. So instead of crying and quitting, show up in a Klan suit and ask questions about the authenticity of each woman’s hair. Then claim you were just kidding when questioned. Ari Shaffir did it in the Amazing Racist videos on Youtube and those have yet to be flagged. 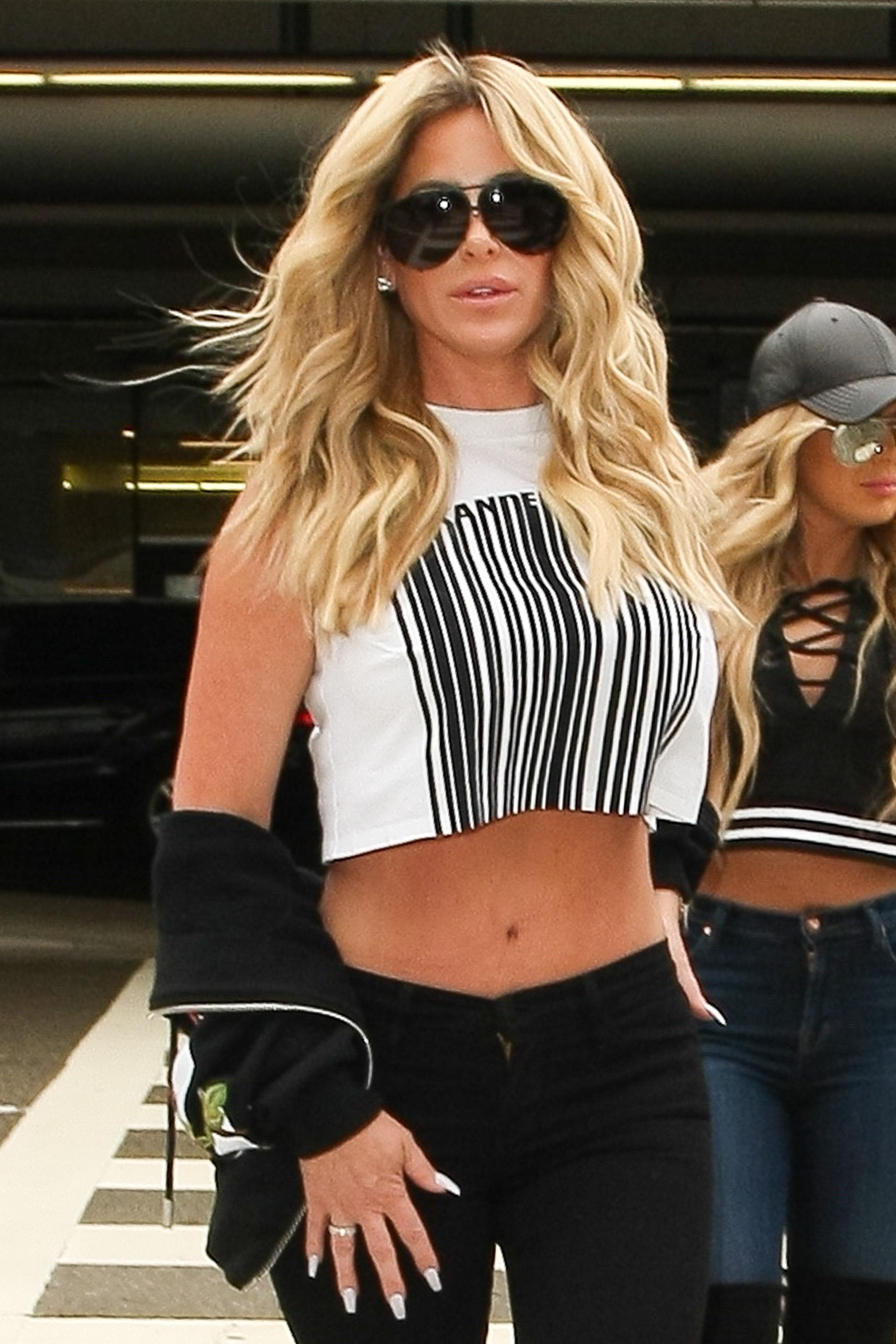