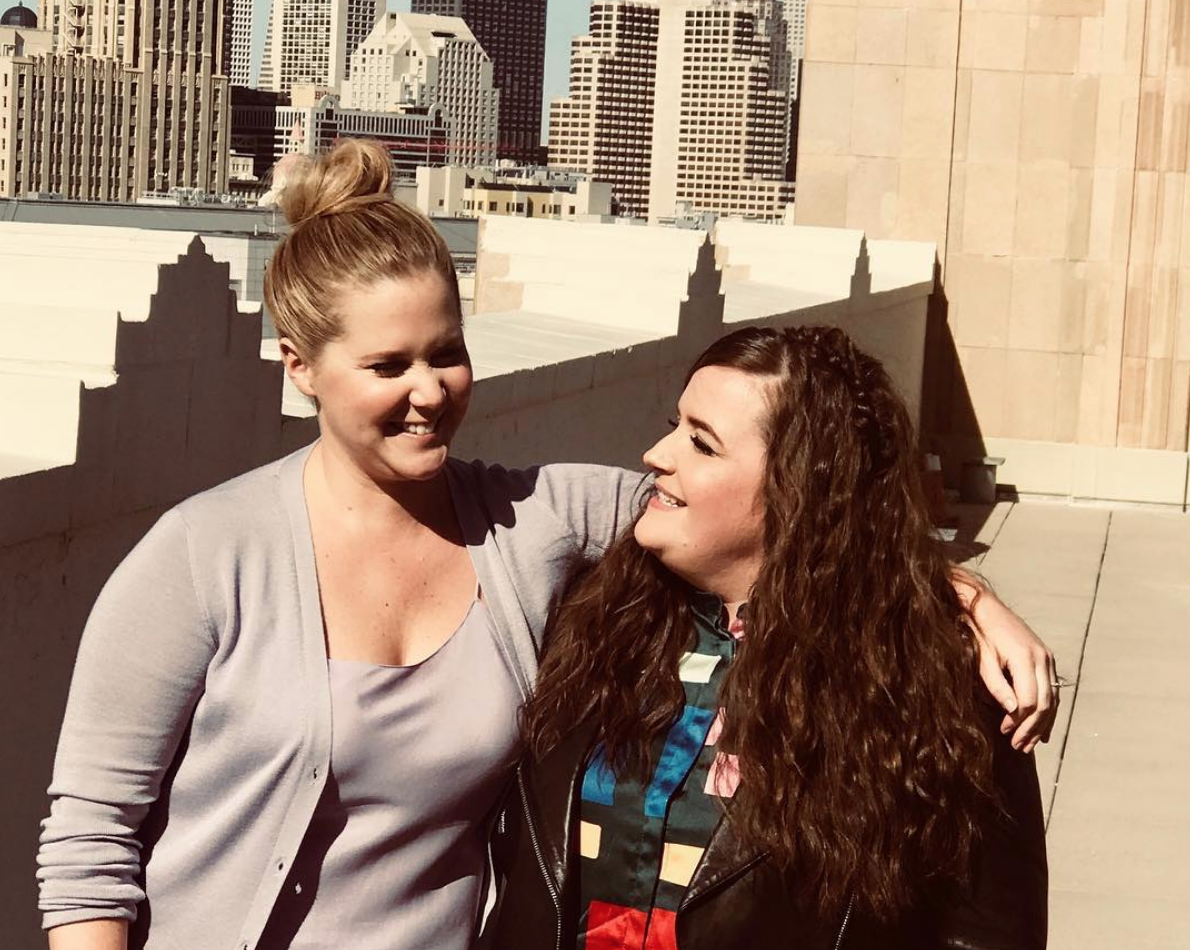 I won’t believe it for a second. Size six Amy Schumer clomped onto the set of The Late Show With Stephen Colbert to talk about life with her new chef husband, Chris Fischer. Schumer marrying someone who cooks food for a living seems about as healthy as Whitney Houston getting with her supplier Bobby Brown, but somehow Schumer has been able to maintain that trim figure of hers. Just amazing.

Like all late night talk show hosts, Colbert talks to his guests like both participants have three brain cells, and what we get this time around is Schumer spilling about how she eats twenty-four-seven now that she’s with Fischer, as well as Colbert calling Schumer “Absolutely beautiful.” I thought to compliment a woman constituted as rape in Hollywood, but in this case it’s more of a fact than anything. I mean look at her. Wowza.

Colbert mentions to Schumer that some people don’t eat carbs (three. brain. cells) to which Schumer has a fake breakdown requiring consoling from bandleader Jon Batiste. Hilarious bit. She’s hot and on top of her comedy game? Damn girl. Mmm. Even though she’s a tight, sexy size six, Schumer isn’t above poking fun at herself:

I’m what you look like if you have pasta and wine.

She also says of her new marriage with her dealer:

He’s a chef, so he was cooking in Sonoma at Scribe Vineyards. So, I followed him there. Then, he was cooking at a festival in Milan, and I heard that they invented pasta and wine. So, I’ve just been kind of following him around getting drunk.

For those who don’t know what the fuck we’re talking about, in 2016 Schumer put down pesky and obviously wrong rumors that she’s fat as hell by slamming Glamour Magazine’s inclusion of her in a “plus-size” piece:

I think there’s nothing wrong with being plus size. Beautiful healthy women. Plus size is considered size 16 in America. I go between a size 6 and an 8. Young girls seeing my body type thinking that is plus size? What are your thoughts? Mine are not cool glamour not glamorous.

Schumer’s vehement denial of being plus-size led some to believe that she’s a h8er of plus-size women, but Schumer maintained that she’s in a completely and totally separate category. She’s anorexic okay. Here she is on eating her body weight in pasta: