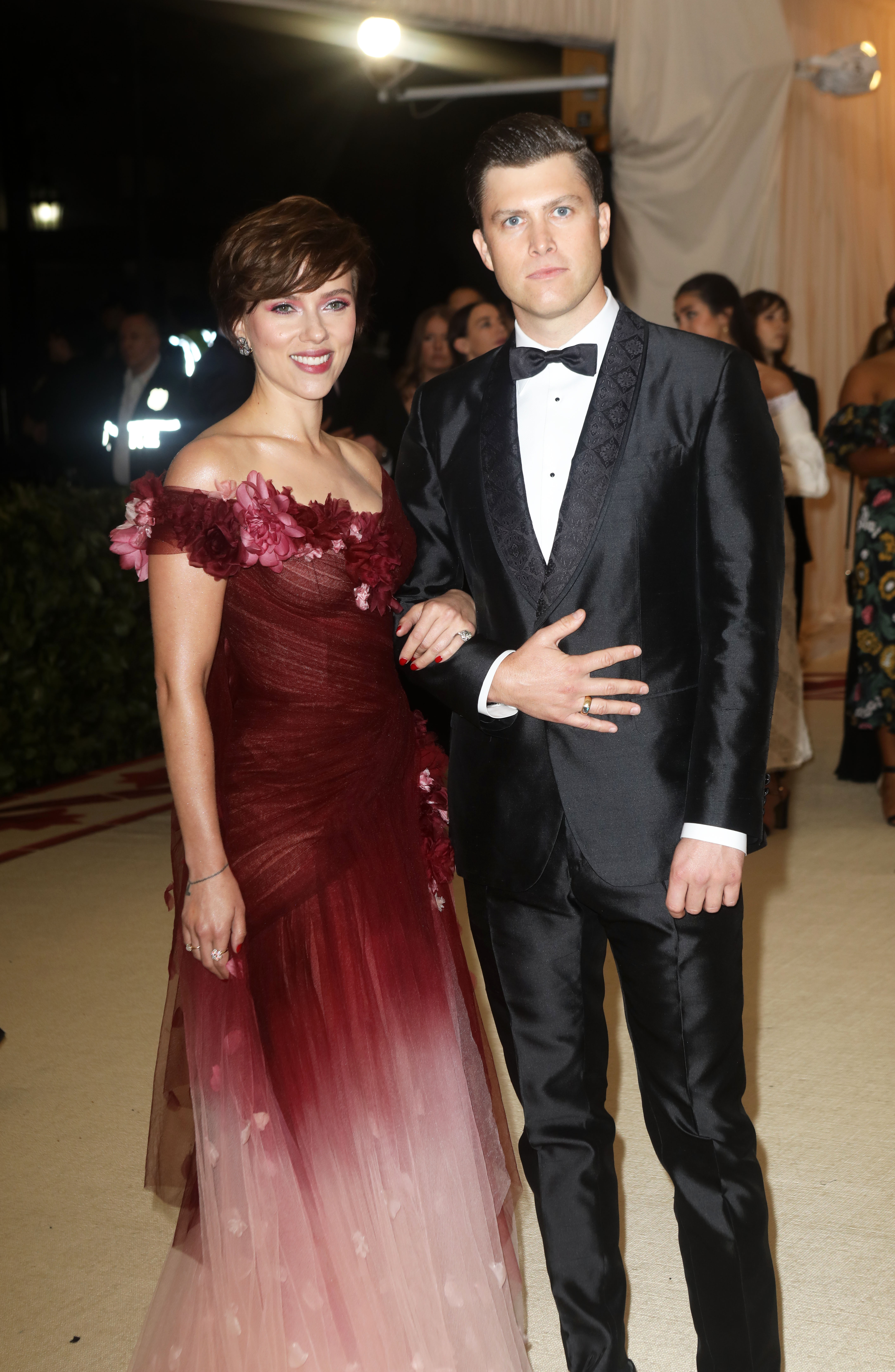 Those who feel Scarlett Johansson has all the charisma of a bloody tampon were stunned at her self-awareness when she showed up to Monday night’s Met Gala dressed as just that. While her soccer-mom-clinically-addicted-to-Target-Dollar-Spot hair or seeming disregard for the Gala’s stupid Catholic imagery theme should have been the real controversies, apparently Harvey Weinstein’s ex-wife and unwitting STD garbage disposal Georgina Chapman is one of the creative minds behind the dress’ brand Marchesa. And apparently up until Johansson’s appearance at the Met Gala, woke celebrities had been boycotting the brand – created by two women – for the sake of women. Take that women. Fuck you. Chapman divorced Weinstein in January soon after her role as his rape beard was exposed (JK), and Chapman stated at the time:

My heart breaks for all the women who have suffered tremendous pain because of these unforgivable actions.

#SheKnew. JK. Boycotting Marchesa seems like a really roundabout way to stick it to Weinstein or stand up for abused women, but who am I to challenge the wisdom of celebrity causes. Chartering gas-guzzling private jets while chastising Americans for their dependency on fossil fuel. If only my pleb mind could comprehend such things. Anyway Johansson is the last person I would peg to do anything interesting at all, but she waltzed in with her bloody tampon dress ready to defend her decision to all the h8ers slamming her for advocating hotel room molestation or something:

I wore Marchesa because their clothes make women feel confident and beautiful and it is my pleasure to support a brand created by two incredibly talented and important female designers.

We are truly honored that Scarlett chose to wear Marchesa for the Met Gala. She is an amazingly talented actor who has incredible style and presence. It was wonderful to work so closely with her in creating this custom look.

“Incredible style and presence.” Well now I just don’t know who to believe. 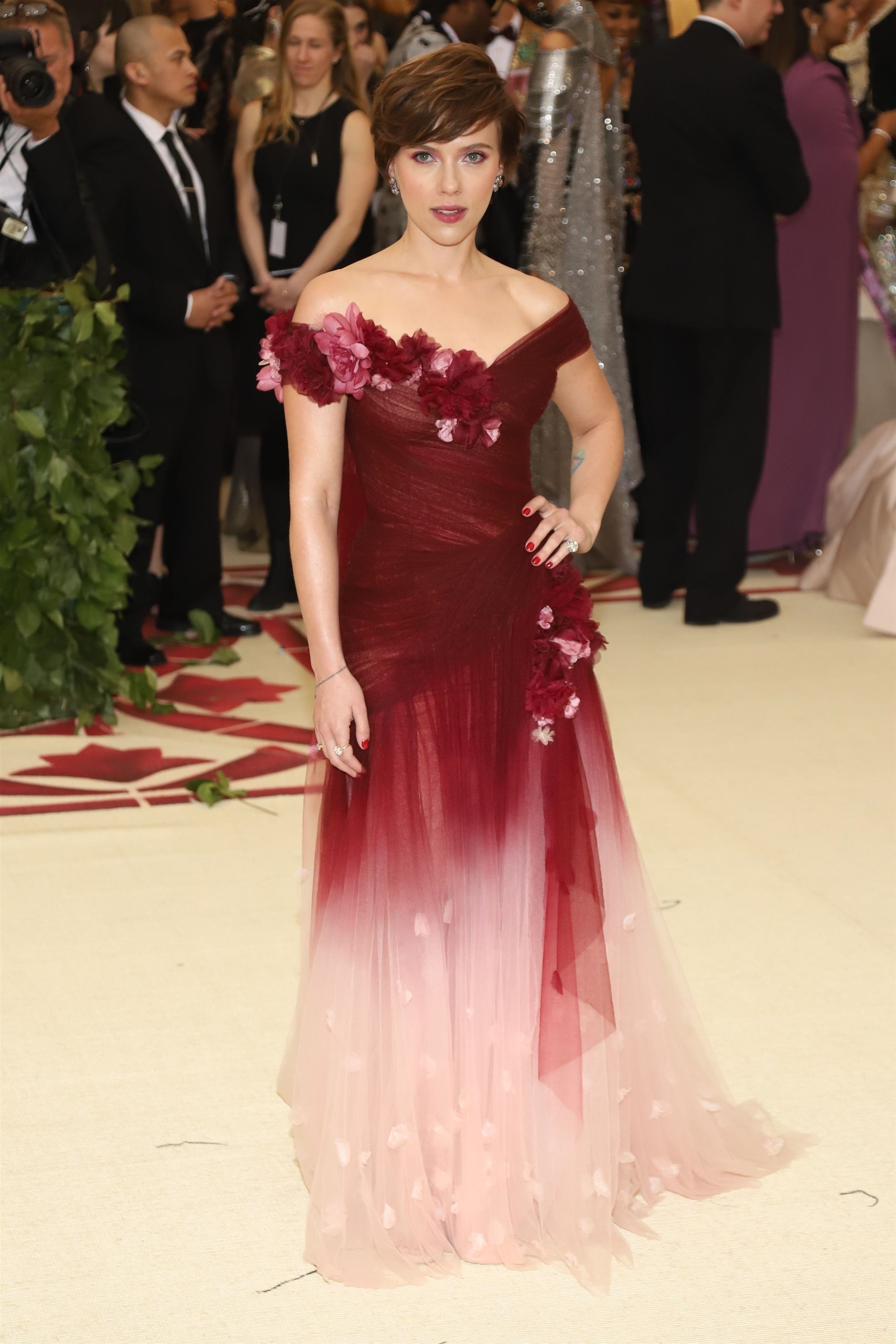