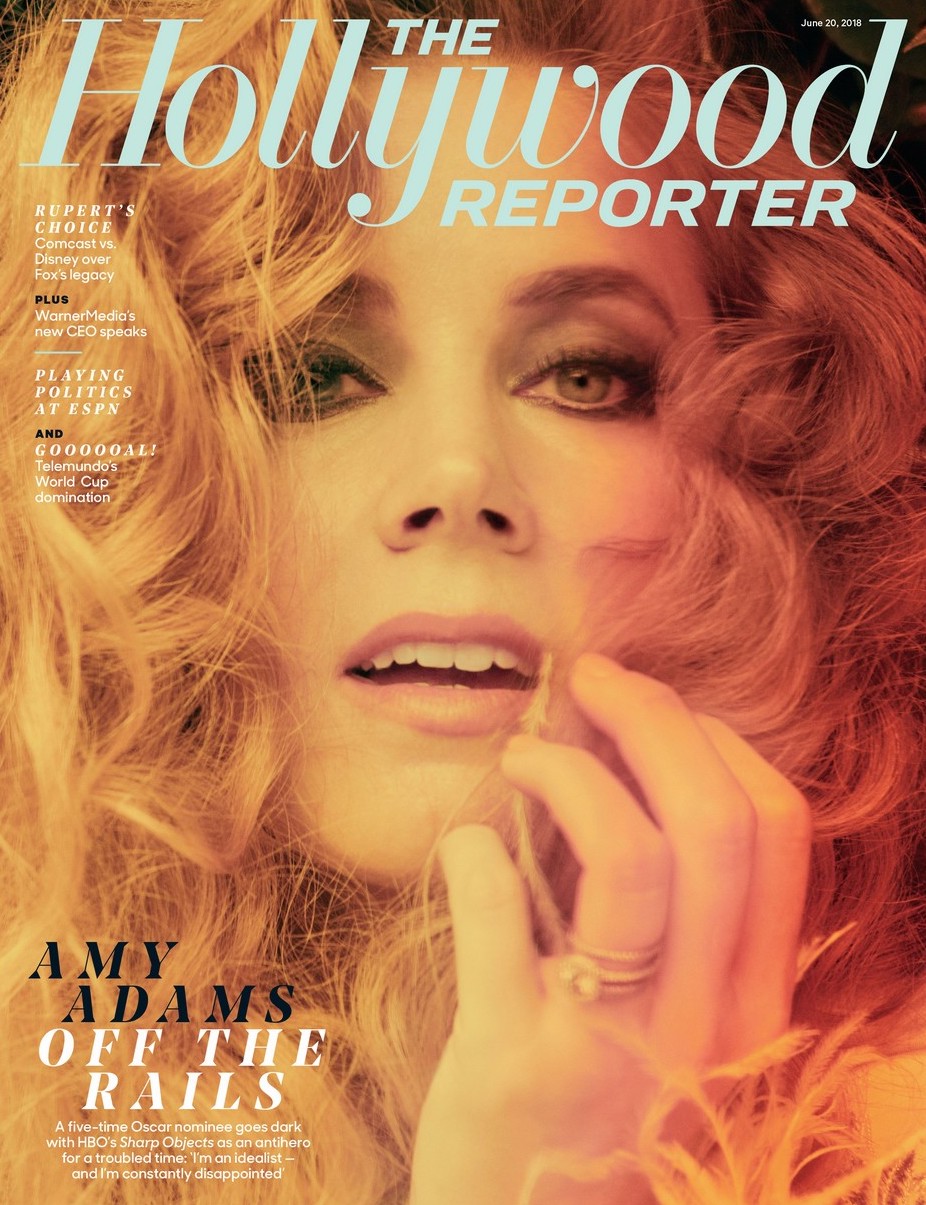 I recently experienced a very touching WWTDD-approved bonding moment with a coworker when he revealed that he thinks Amy Adams sucks. He had to relay his #unpopularopinion via a series of complicated codes so as to not piss off everyone around us. Because everyone loves Amy Adams. Even though she sucks so so so so hard. So hard. The hardest.

After #MeToo-ing Isla Fisher’s career Adams somehow weaseled her way into the hearts of Americans one mind-numbing Oscar-bait performance after another. Now she’s one of those actresses who everyone from all walks of life reveres for reasons they’d be hard-pressed to articulate. She talks like a baby? She has the screen presence of a cup of low-fat yogurt? She’s self-righteous for no reason? No really. Tell me. Why is she so great. Put it in words. Convince me.

On the new cover of The Hollywood Reporter Amy Adams looks like Lindsay Lohan’s mom auditioning for Showgirls and in the accompanying interview she proves that her grasp of the #MeThree! movement is loose at best. Adams is so 2017 in saying that every woman has been #MeToo-ed in some way – which, as I’ve now stated five-thousand times, I feel detracts from actual victims of actual abuse. And what’s so mind-boggling about her interview is that she then acknowledges that employees on the set of her latest pile of crapola are getting manhandled on the reg. And what’s even more mind-boggling is that she proclaims to have single-handedly tackled the situation and created a better work environment for everyone. She’s basically Jesus. On being a dumbass:

I think most women have experienced it, even if it’s just feeling unsafe rejecting somebody. And apologizing, ‘Oh, I’m so sorry, I must have been sending you the wrong signal,’ when, really, it’s like, ‘No, I think I said I don’t want to go out with you, I don’t know how that’s the wrong signal. I think we should just be friends and I’m not sure why you’re at my doorstep,’ it’s that unsafe feeling. I can’t say all, but most women have had that moment and you question yourself. ‘Did I smile? Was I not direct enough? … There’s a reason I started playing nuns and virgins. I was like, ‘I’m not putting up with that anymore.’

And more on being a dumbass:

I had this amazing stand-in, Reb … I’ve never experienced this before but, because we looked so much alike, at one point somebody grabbed me really hard and pulled me. I went, ‘What’s going on?’ And they’re like ‘(Gasp) You’re not Reb!’ I went into producer [mode] and I was like, ‘You will not handle her like that.

Trust me, Adams, Reb isn’t the only one getting treated like shit on set. Everyone except the 1% of Hollywood royalty continues to get poked and prodded and grabbed. It’s an uber-competitive, unregulated, cutthroat industry that requires people to relinquish their dignity in order to succeed. Getting grabbed is the least of ol’ Reb’s problems. Not to mention the hundreds of other people on set whose names Adams can’t check during an interview in an attempt to come across as relatable. Adams’ shock over the treatment of her stand-in proves that the insulated famous multimillionaire actresses of Hollywood are now officially safe from #MeToo. Phew.