Billy Bob Thornton Opens Up About Blood Necklaces, Why He Split With Angelina Jolie 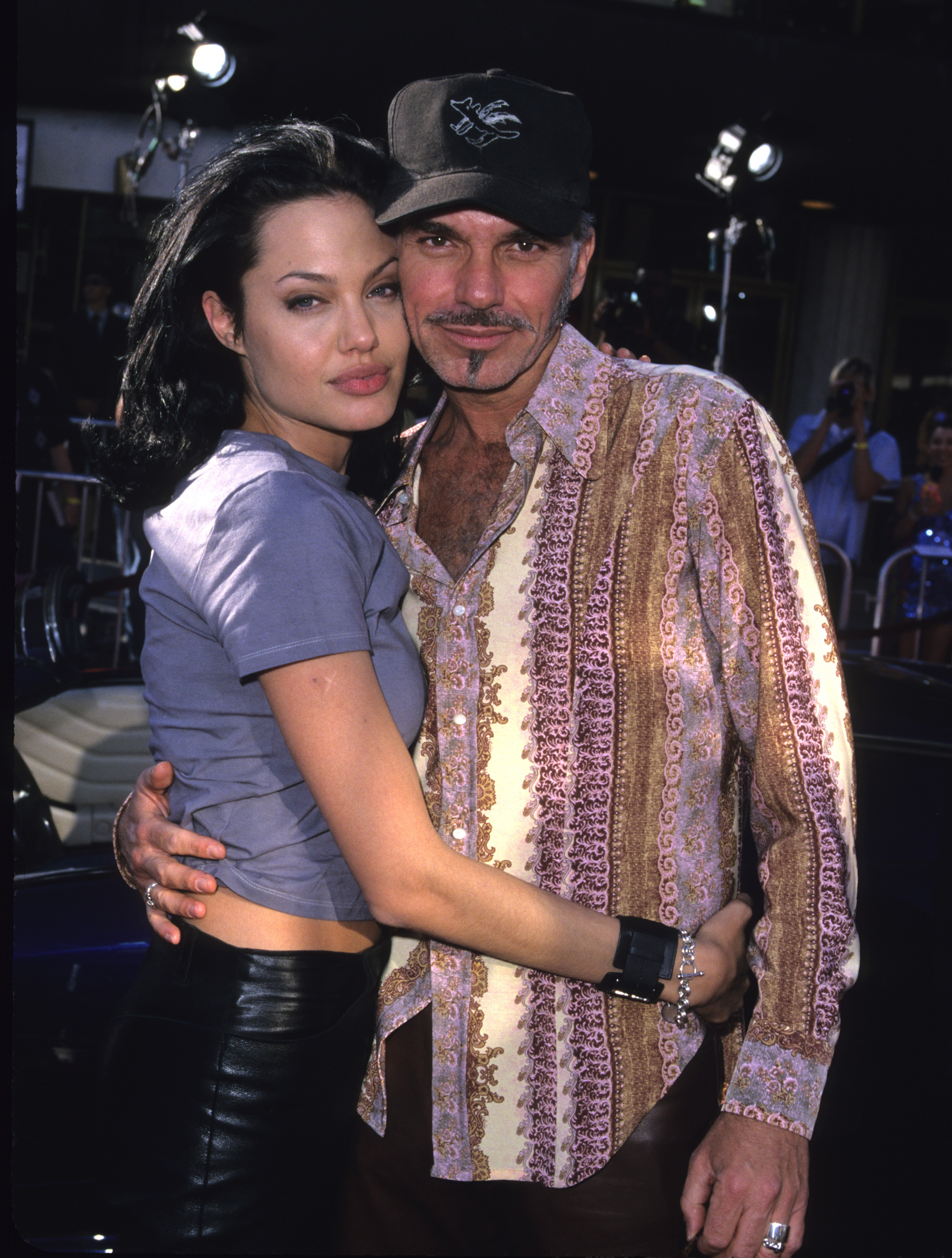 Years before she looked like Ally McBeal dressed as Elvira attending a conservative funeral, Angelina Jolie was at least hot on the outside, even if she was a gross freak on the inside. Between the years of 2000 and 2003 (around her prime) she was married to an old man named Billy Bob Thornton, and at the time their relationship helped infuse Hollywood with a refreshing trailer park sensibility. This was before she became a martyr for adopting half of Africa, but after the massive amounts of heroin and cocaine use. Oh and before the adultery. Never forget, Angelina Jolie is kind of garbage. Anyway, now Thornton is opening up about their time together, because really, what the hell else does he have to talk about these days, and said of their parting:

I remember our time together has really been great. We just had different lifestyles. Hers is a global lifestyle and mine is an agoraphobic lifestyle. So that’s really, that’s the only reason we’re probably not still together.

Interestingly in 2016 he had a different take on their relationship, stating to GQ that they basically had no chance together because he  “…never felt good enough for her.” So, maybe Billy either has memory loss or he’s just full of shit. In the recent interview on a podcast for  HFPA in Conversation, he also opened up about the blood the duo carried around each other’s necks. The stuff of early 2000’s celeb legend:

The necklaces were a very simple thing: ‘Hey, let’s poke our fingers with a pen and smear a little blood on there, and when we’re away from each other, we’ll wear the necklace.’ It was that easy. But by the time it came out in the press, it sounded like we were wearing a bucket of blood around our necks.

It doesn’t take an entire vial of blood to get hepatitis. Just throwing that out there. The best part of the interview, however, came when Thornton basically said that Angelina Jolie’s new movies are wildly shitty. No one’s covering it like that, but I’m pretty sure this is Thornton being a bitch:

She makes movies that are important to her whether they succeed or fail, she still does what she believes in and I’ll always respect her for that.