I Really Don’t Care About Melania’s Jacket. Do U? 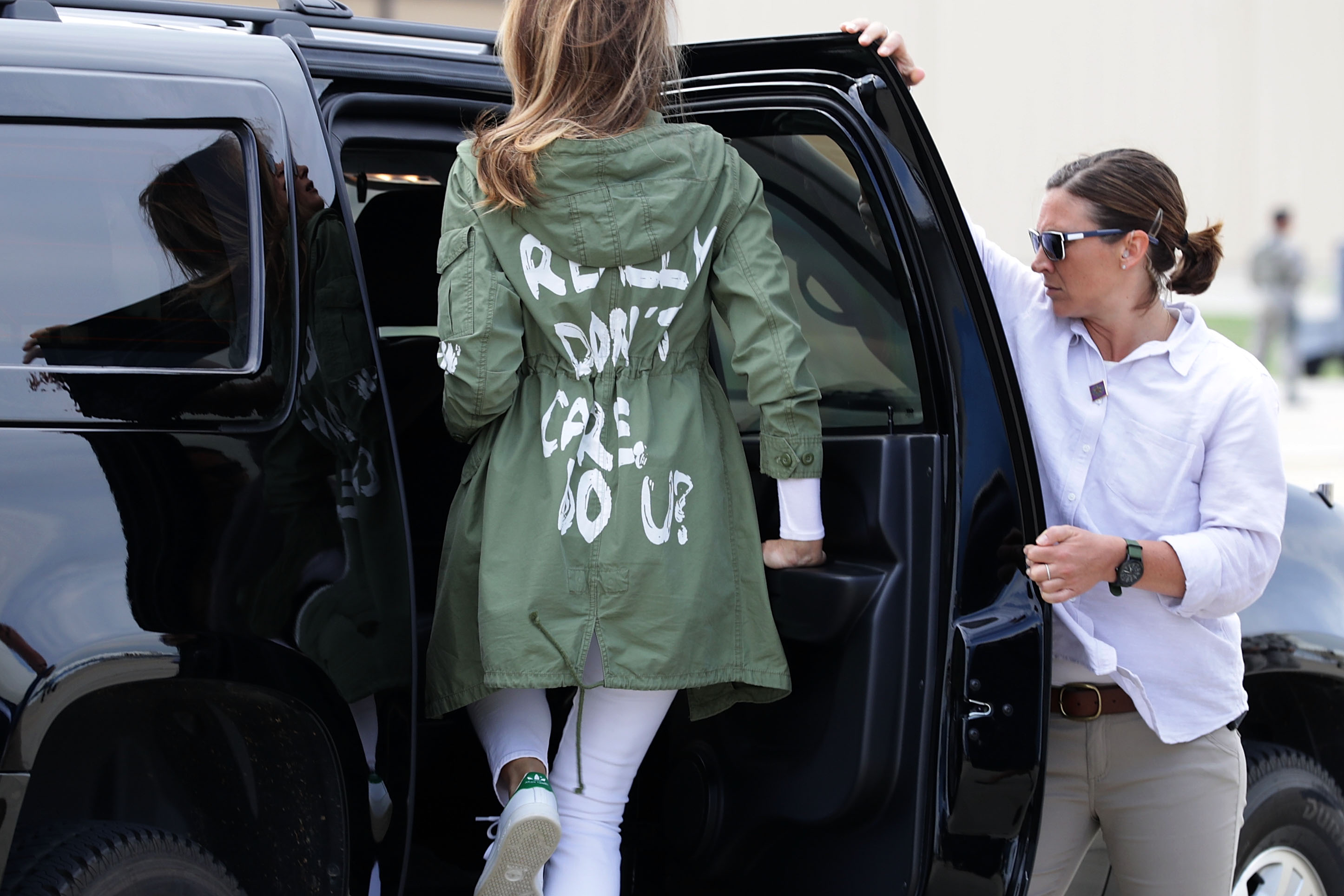 The gals back at the best little whorehouse in Slovenia must be having a good chuckle at the recent antics of their most successful graduate Melania Trump, who recently trolled the world in a major way. Or did she. And do we care. And does it matter. These are the questions de jour.

Trump boarded a plane heading to the border town of McAllen, TX (and later while deplaning back at home) while wearing a last season Zara jacket. Yikes. There’s the real crime. For those who don’t know, Zara is like if the designers at H&M consulted with a used condom to create their collections. The jacket retails for $39 and was most likely crafted by children that have it worse than the ones Melania was focusing on in McAllen.

The real news is of course that the jacket has text scrawled across the back – as all the classiest jackets do – that reads “I Really Don’t Care. Do U?” Considering the potential human rights violations involving the separating of young children from their asylum-seeking parents that Melania was walking into, some h8ers feel the jacket is insensitive. After a pithy Twitter meme uproar, Melania’s reps denied that the text had any meaning outside of being a stunning fashion statement:

It’s a jacket. There was no hidden message. After today’s important visit to Texas, I hope the media isn’t going to choose to focus on her wardrobe. 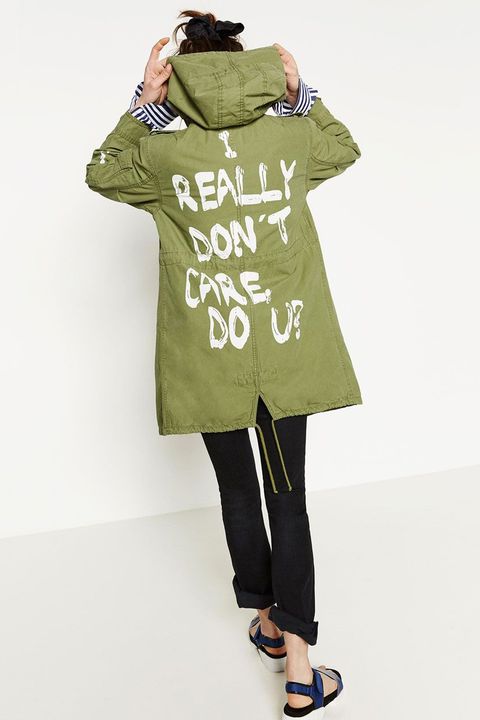 It’s like if Macy Gray at the MTV VMA’s asked us to not read into her equally subdued fashion statement. But Melania’s people got their PR wires crossed with President Trump, who stated that the Zara jacket did indeed have a deeper meaning:

Both viewpoints assume that Melania can read. I await your hate comments. Whatever the case, the fact that the US is concentrated on interpreting the significance of a $39 coat from Zara means that this country is going in the right direction. Next I want Melania to wear one of those Abercrombie & Fitch knockoff t-shirts from the 90’s scrawled with “Grababooty & Pinch.” See what The New Yorker does with that. 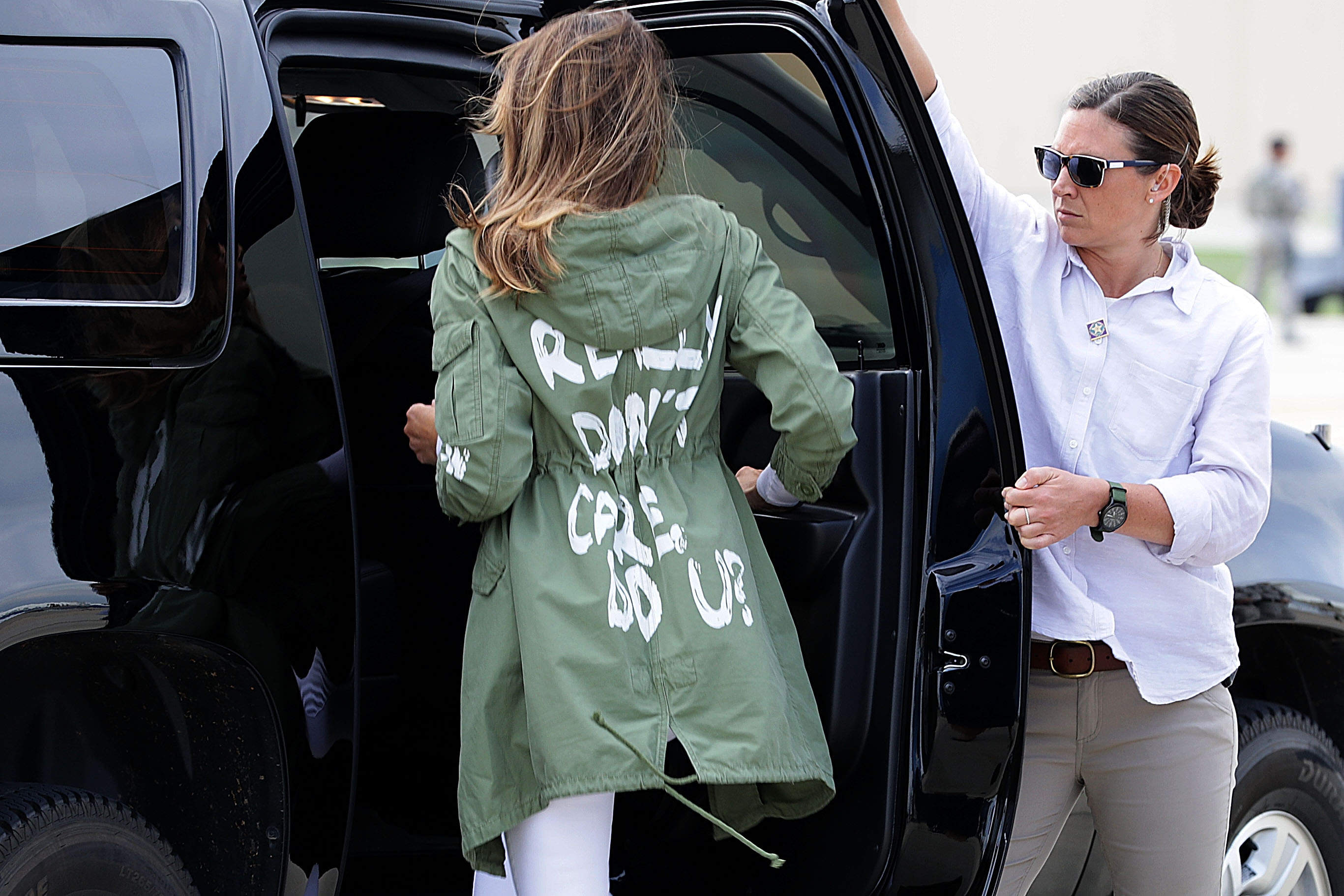