Coming out as someone against vaccines has the power to trigger a shit storm if you’re a celebrity. Jim Carrey still catches heat from his stance on the vaccine issue. It doesn’t help that the needle in his pants probably gave his former girlfriend herpes but there wasn’t a vaccine to prevent that anyway, so maybe he has a point. Kate Von D came under fire for her similar anti-vaccine stance. She’s soon to give birth and has stated that she will not be vaccinating her son when he’s born. Her comment was viewed as a commitment to ignorance and ruffled the feathers of more than a few fans. The pro-vax army argued that if her child contracted an illness he could easily perish before his first birthday. When she wasn’t swayed by the random tweets from strangers on the internet they did the only logical thing left, wish death on her and her baby.

Kat Von D has received death threats since speaking about vaccinations on social media. Her new statement follows days of controversy after she revealed that she will not be vaccinating her unborn child. She made the original comments in a post about the unsolicited advice she has been given since sharing her pregnancy news.

Her original post said: “If you don’t know what it’s like to have the entire world openly criticize, judge, throw uninformed opinions, and curse you – try being an openly pregnant vegan on Instagram, having a natural, drug-free home birth in water with a midwife and doula, who has the intention of raising a vegan child, without vaccinations…your negative comments are not going influence my choices – actual research and educating myself will – which i am diligently doing.”

Being afraid of vaccines is understandable. I’ve been traumatized since I saw the news report of the girl who received a Flu shot and went from hot cheerleader to permanently doing a reverse chicken walk everywhere she goes. If that video was fake it was great propaganda. Because after seeing a video like that it made some people opt in to gamble on going out like Anne Frank. Typhus, a preventable death by disease thanks to modern vaccines. Kat lives a very alternative lifestyle. Her child will probably get his first tattoo before he turns two. Every tattoo artist swears they’re the most sanitary person on the planet. But sometimes when people who dress like they’re always about to perform in a burlesque show get drunk, they may forget which needle pile was the sterile needle pile before they tattoo a baby. No one’s perfect and no mother should want to risk accidentally giving their kid polio. 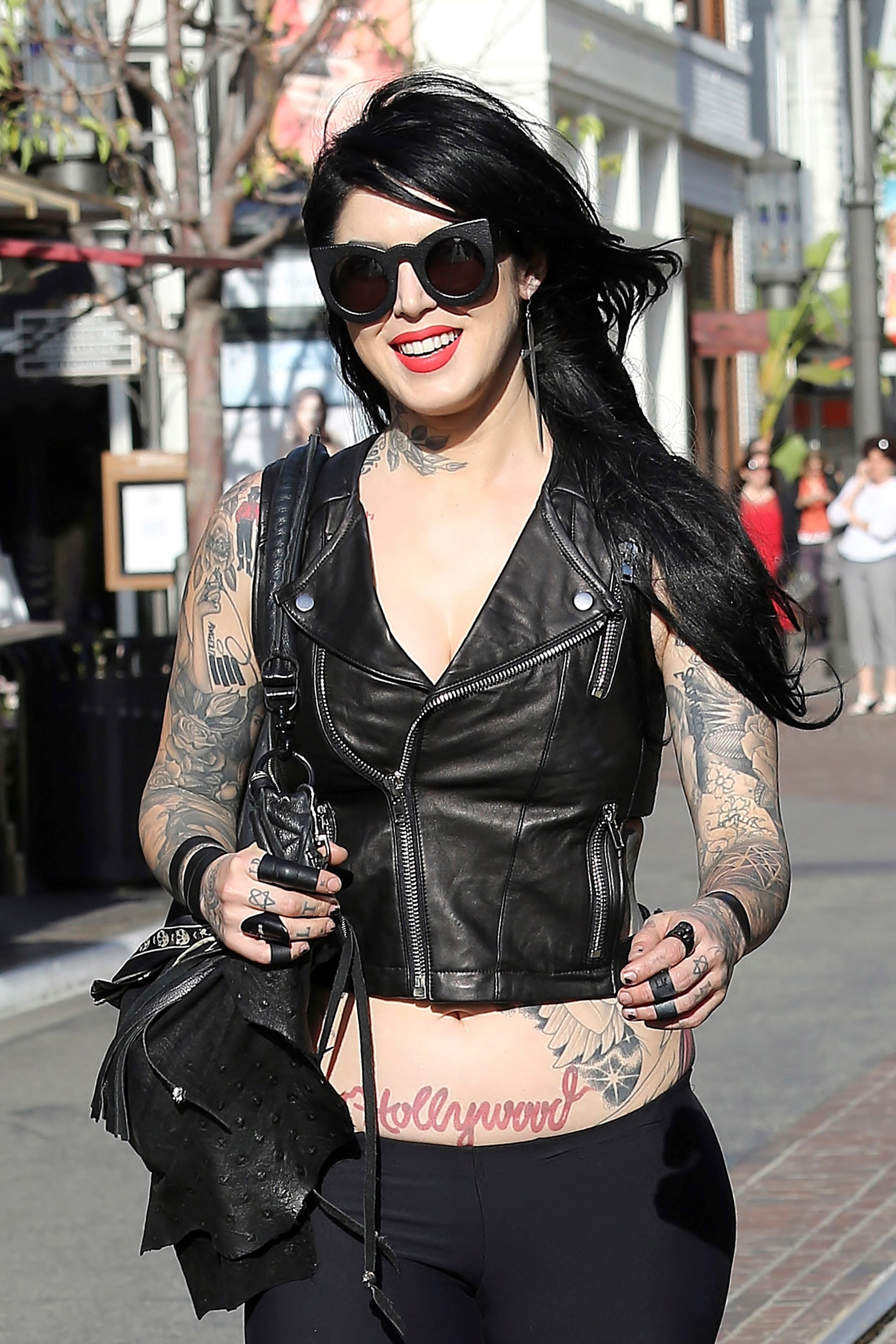