I don’t usually willingly cover #trending celeb suicide news because I can’t imagine that people want to be remembered mostly for the last ten morbid seconds of their lives rather than whatever the hell they were passionate about, but once Rose McGowan breaks down over someone who she’s kinda of hypothetically tied to in a roundabout way, I have to write about it. The instability. The shamelessness. The botched anus lips. They call to me.

Friday morning Celebrity chef Anthony Bourdain was found in his France hotel room after tragically taking his own life – following Kate Spade’s suicide just days before him – and many celebs are respectfully paying tribute on Twitter. Rose McGowan is not one of them. In a since-deleted Twitter video (that Newsweek blessedly preserved via YouTube) McGowan gets all eyes back on her while pointing out her special connection to Bourdain. (She and his wife Asia Argento both went after Weinstein after being #MeToo-ed.)

Sometimes, for as difficult as I know it is for a pathological narcissist manic-depressive like McGowan, you just need to blend into the wallpaper for a little bit. This isn’t the time for McGowan to garner sympathy for her own pain. Save that for a good 24-hours after another’s passing. In elementary school, I remember trying to out-mourn my mom when we both came home at the same time to find that our very old dog had passed away. She shared significantly more memories with our beloved dog, and was significantly more involved in our dog’s final, painful months. It wasn’t the time for my annoying forced theatrics. And my mom told me to STFU. And I did. And now it’s my turn. Rose, STFU.

Many celebs, like McGowan, are spreading resources for suicide prevention. That’s good. Unlike McGowan, they’re not channeling their emotions into a public audition reel. That’s bad. The differences between good and bad. Tactful and tacky. Selfless and selfish. Human-ish looking and not human-ish looking. Needing to seek treatment and not needing to seek treatment. All things McGowan should be contemplating instead of filming and deleting this stupid video. Enjoy the big chef’s kitchen in the sky Bourdain. Where you’ll never have to worry about serving Rose McGowan.

In case this post made you want to kill yourself, the National Suicide Prevention Lifeline is 1-800-273-8255. 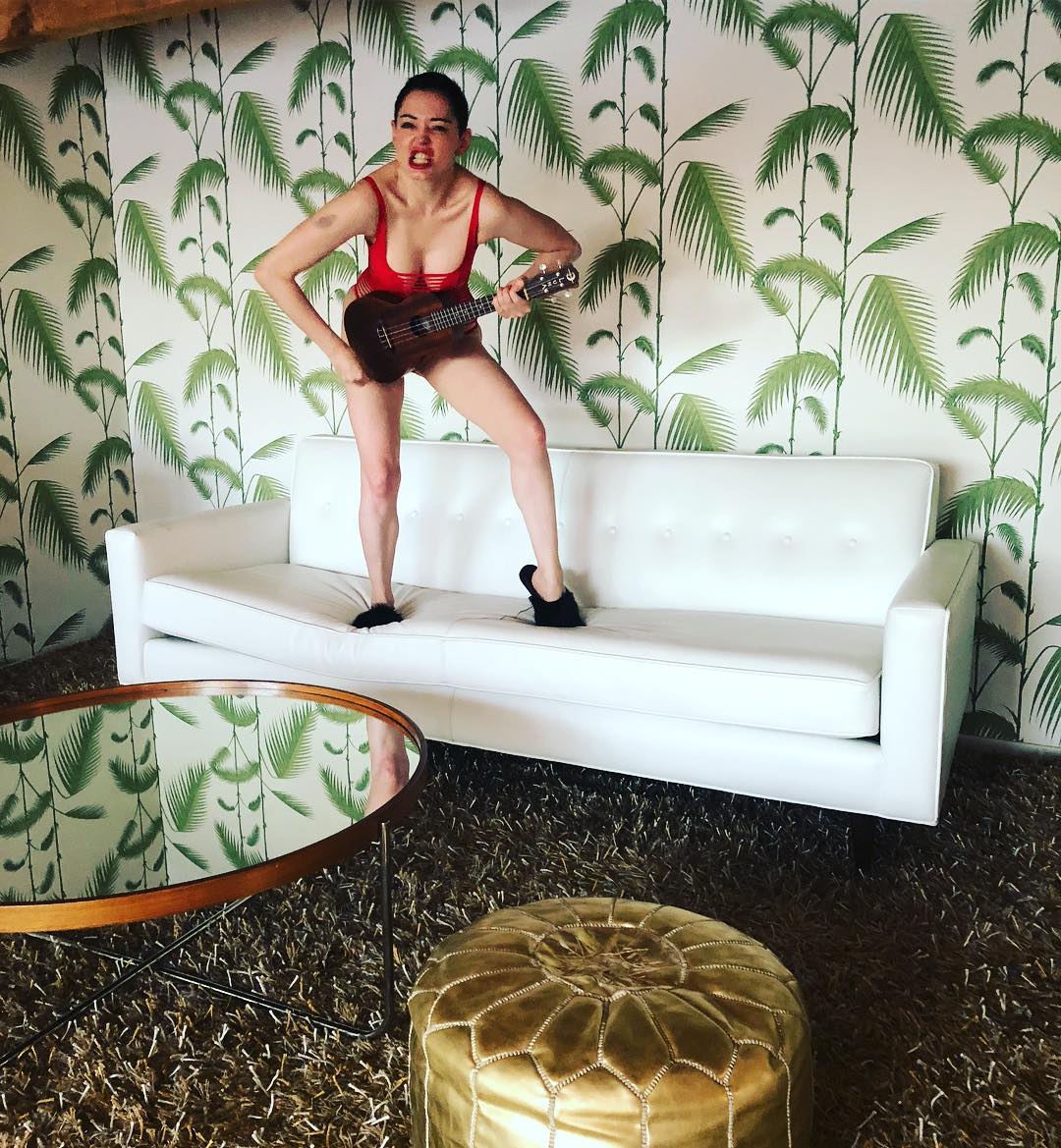