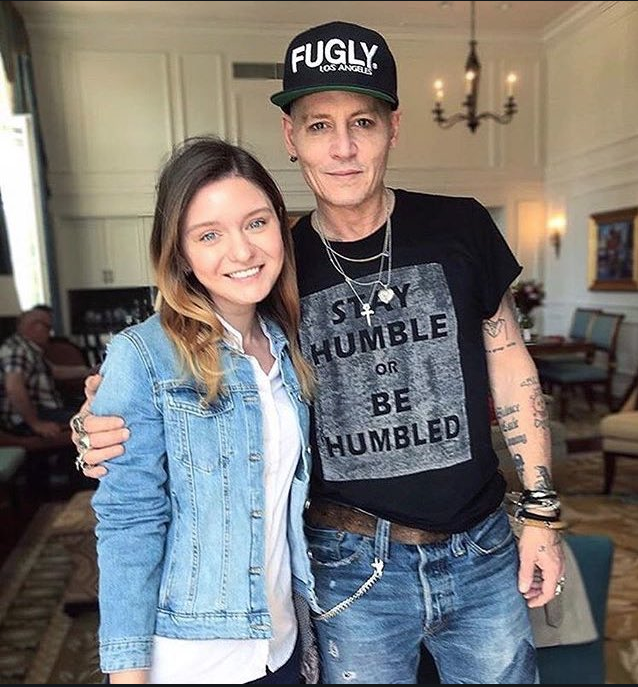 Welcome to the story of Johnny Depp and the Terrible, Horrible, No Good, Very Bad Tattoo. I mean day. I mean year. I mean face. Depp is in deep after allegedly punching a location manager, Gregg Brooks, working on Depp’s flick City of Lies – about the murder of Biggie Smalls – in 2017. Brooks is suing Depp’s ass for punching him after Brooks informed Depp on-set that he would only have one more opportunity to shoot his scene due to time constraints. TMZ reports that Depp initially became irate, screaming “Who the f*** are you? You have no right to tell me what to do.”

When Brooks said he was going to get the LAPD involved, Depp punched him, and then when Brooks didn’t react, Depp allegedly stated “I will give you $100,000 to punch me in the face right now.” Punch, Brooks smartly did not, and now he’s looking to cash in on the encounter with a lawsuit. He claims that he could smell alcohol on Depp’s breath, which I assumed would be a given for any encounter with Depp at any time of day over the past three decades.

In a note that’s related only in that it’s another signifier that Depp is probably going to die any day now, he just inked over his second iteration of a tattoo that was originally inspired by Amber Heard. The cool letters tattooed across the one-hundred-year-old’s knuckles originally spelled out SLIM – Depp’s nickname for ex Heard. He then changed the tat to SCUM, and now, like any badass sk8er boi in the mid-2000’s, he’s changed it to SCAM using the anarchist symbol. Remember, he’s one-hundred-years-old and still pulling this shit. Hopefully his next iteration of the tattoo will spell out DNR. 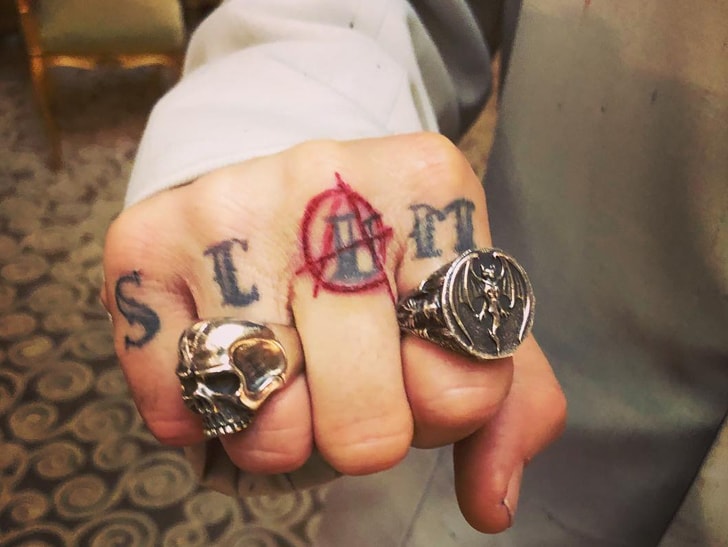