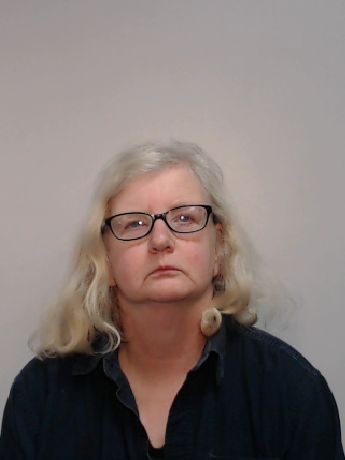 Our theory of all real-life clickbait happening in Florida has officially gone out the window, what with two counts of Florida-ism taking place recently in Australia and now this tale of a woman killing her father after finding pornographic pics of herself as a child in his house taking place in Great Britain. This story is decidedly sad, and the fact that, years after the murder, daddy’s little helper / fap material has been sentenced to nine years in prison makes me think that the justice system could use some fine-tuning. The woman, Barbara Coombes, should get a medal for killing this piece of shit, and all we can hope at this point is that she’s a WWTDD reader, because apparently we’re the only site out there that thinks masturbating to pics of your prepubescent daughter (and sexually assaulting her over the years – we’ll get to that) is a punishable offense. We’re just that radical I guess?

Twelve years ago Coombes was at her father’s house when she discovered images of herself posing nude as a child. Coombes grabbed a gardening shovel, confronted her eighty-seven-year-old father in the living room, bashed his head in, buried him in the garden, and told everyone that he died suddenly and was immediately cremated. Done, and, done. The photos allegedly triggered vivid memories of the forty years that Coombes was sexually assaulted by her dad. Via Buzzfeed:

[He] mentally and sexually abused [her] for more than 40 years since the age of five, using her as a sex slave and raping her hundreds of times over the course of her life.

Coombes said that when she was between the ages of six and nine, [her father] Kenneth took her to a photography club and forced her to expose her genitals while men took photos of her.

Barbara and I also agree on the proper compensation one deserves for dealing with an incestuous child molesting dad, because she continued to collect his benefits – totaling over $200,000 – right up until a welfare officer smelled a ruse and demanded to see Kenneth in person. This led to Coombes being found out, and now she’s serving nine years in prison. What’s really fucked up is that officers involved in the case reprimanded Coombes for not showing adequate remorse after killing her assailant, with the senior investigative officer reporting:

[Barbara] showed absolutely no concern for what she had done and denied everyone the chance to say goodbye, as Kenneth lay buried at the bottom of his own garden, just metres from her own bedroom window. (She lived in a semi-detached house next to her dad’s.)

Despite having years to tell someone what really happened, she only came forward when she had no other choice.

Denying people the chance to say goodbye to a man who peddles child pornography. Shame on you Barbara. Kenneth still had a couple years left in him. Imagine how many rounds he could have fired off to pics of his nude daughter? Cherished family memories Barbara denied her poor father. Okay, I guess I can see the court’s perspective? Have fun rotting away in jail, bitch?

The first images of Barbara Coombes, and the back garden where she buried her father for 12 years, have been released. Recap this morning’s sentencing here https://t.co/fEFqIIGaMV pic.twitter.com/JrmDeu4vDZ