As younger generations shun beer in favor of overdosing at music festivals, big beer companies are struggling. Even Millennials’ affinity for craft beer – that, while usually terrible tasting, is LOCAL – isn’t slowing down the overall trend of drinkers switching from beer to wine and hard liquor, and even drinking less altogether. Here’s a handy chart from The Wall Street Journal detailing the overall trend in alcoholic beverage sales: 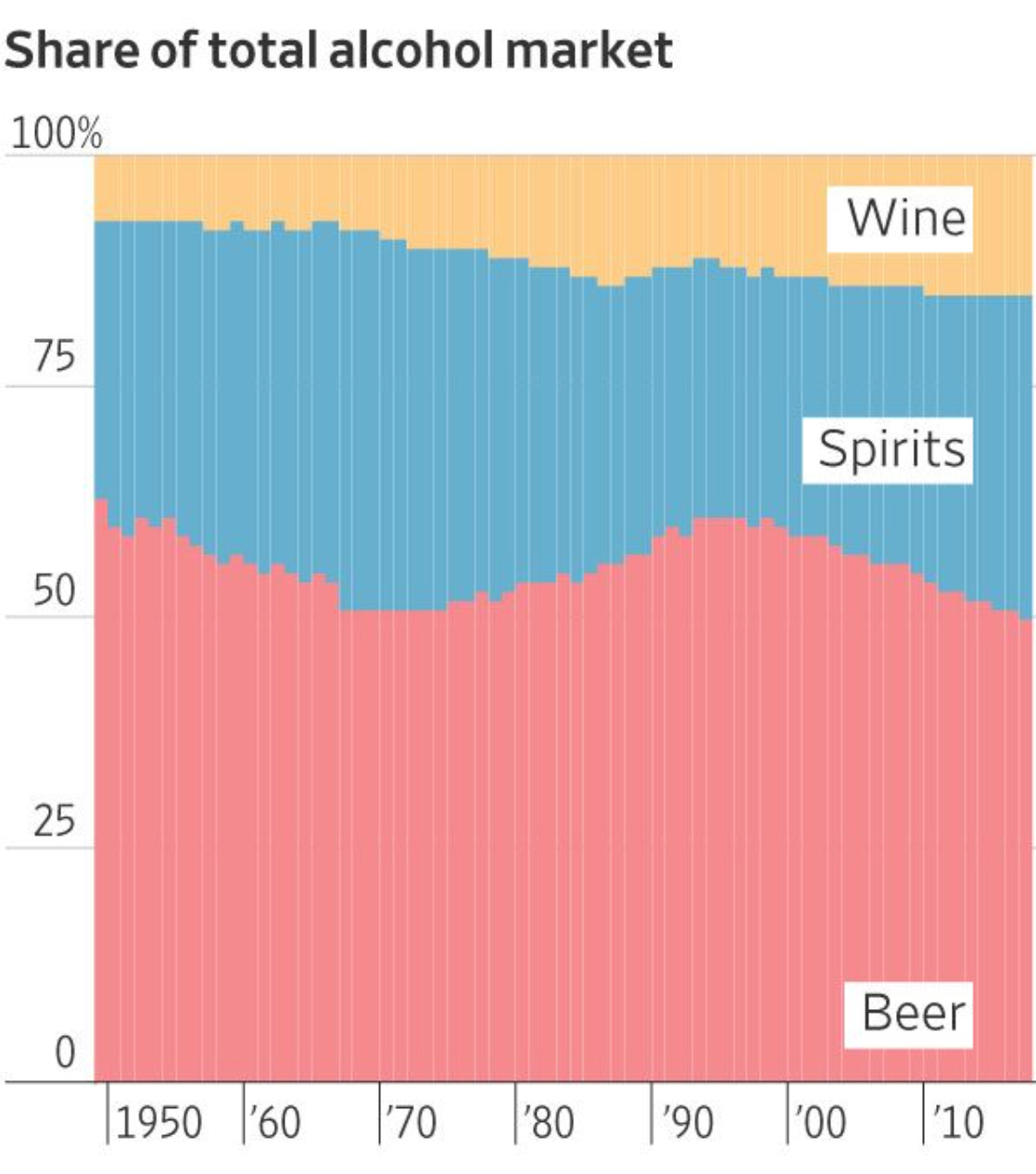 This all leads us to MillerCoors’ bright idea for roping in the youngsters – Two Hats. The beer brand cost only $5 for a six-pack and is marketed as being fun, hip, cheap, and embarrassing to be within one hundreds yards of. Because as soon as you market something as being cool, it’s not. The light beer comes in only pineapple and lime flavors, and if that makes you barf, then fear not, because after being introduced only six months ago, MillerCoors is axing the brand altogether. Here’s what MillerCoors said of the blunder:

We plan to aggressively pursue innovation that will build our business and transform our portfolio. MillerCoors remains committed to quality and innovation, and we aren’t afraid to try new things.

Even if the new things are terrible. Now that’s dedication. The marketing slogan “Wait, what?” is like something that would have caught on during the “Dude, you’re getting a Dell” heyday of advertising. But now feels like something present-day Dell guy slurs when his dealer tells him that he’s out of crystal. According to Crain’s, Two Hats will be off shelves entirely by early 2019. I suggest that the zero Two Hats fans reading this switch to Budweiser like adult human males.