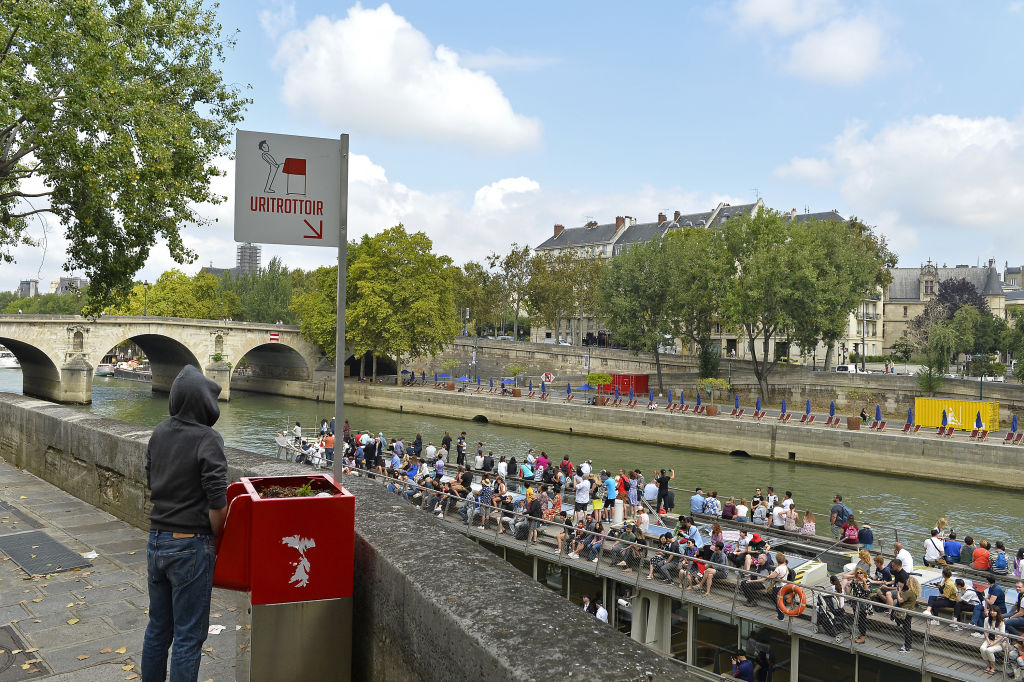 A popular misconception is that men get everything in this world and women get nothing. Just not true. Women get to recreate the beach scene from Saving Private Ryan with their vaginas once a month. And more importantly, they generally get pretty nice bathrooms in which to recreate said scene. I think most ladies bathrooms even provide the little plastic army men. I get women.

While we American men are content with being marginalized on a daily basis with shitty bathrooms, Frenchmen have found a way to once and for all trump women’s pissing options by literally going in the middle of the street in new controversial open-air urinals. Finally, we got something.

Yes, now anyone can now live out a normal Tuesday for Kim Kardashian by being surrounded by strangers’ penises as they piss in the urinals that were created to cut down on the massive amount of public urination going on in Paris. The new experiment will undoubtedly help cut down on the city piss smell, but some are outraged that by default, the urinals exclude women. The company behind the 400 “uritrottoirs,” or “pavement urinals,” scattered around the city defended the sexist urinals with:

For reasons of privacy, women need to be in a cabin, so the aim is to free up existing toilets for them.

If these end up being anything like normal urinals, then women really are missing out. Pube, gum, and piss stew splattering on your dick. It’s good to be a man. 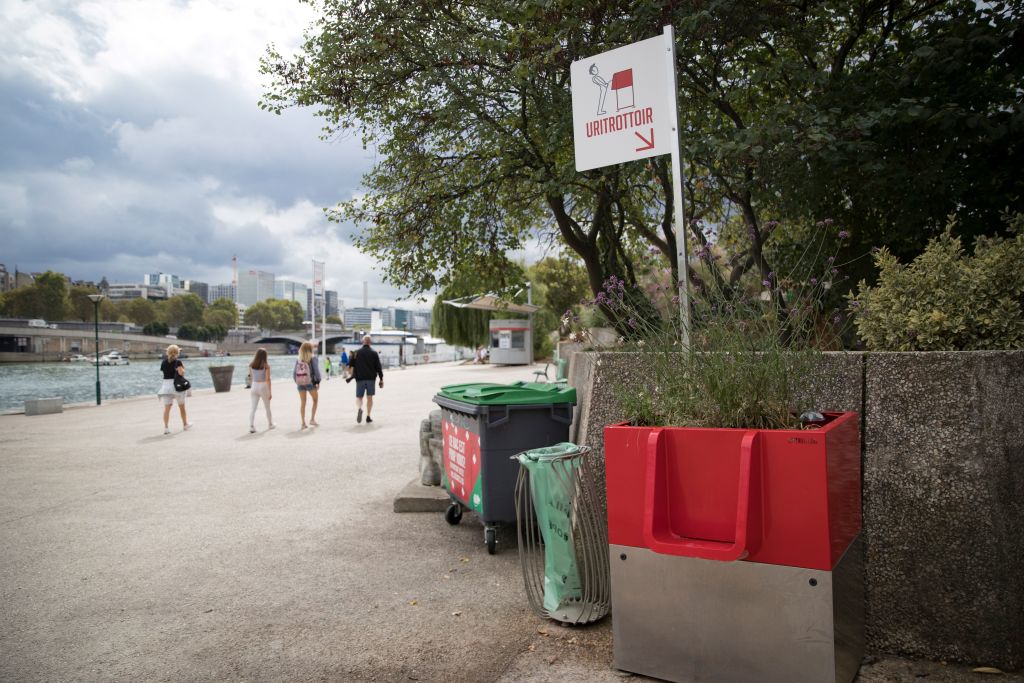