Yesterday the infamously apolitical Taylor Swift dealt a blow to her adoring white supremacist fan club when she voiced her support for the Democratic party in her home state of Tennessee – where she’ll be casting her ballot in November. No one was more disappointed than President Donald Trump, whose obsession with celeb approval pits him against countless singers and actors who may or may not have high school educations.

Swift has one of the most highly-curated careers of any celebrity in history, and undoubtedly her lengthy Instagram post detailing her political stance was drafted by a team of highly-skilled professionals in a boardroom as Swift sat in the corner trying to rhyme Kavanaugh with something for her next single. Coleslaw. I taut I taw. Liberal’s are hailing Swift’s coming out as a success. Trump got elected as Swift stayed silent – in front of her hundreds of millions of impressionable – and now Brett Kavanaugh is going to require women to hand over their ovaries to their husbands in Tupperware containers. But sure. Swift saved the liberals. Here’s her full Instagram caption:

I’m writing this post about the upcoming midterm elections on November 6th, in which I’ll be voting in the state of Tennessee. In the past I’ve been reluctant to publicly voice my political opinions, but due to several events in my life and in the world in the past two years, I feel very differently about that now. I always have and always will cast my vote based on which candidate will protect and fight for the human rights I believe we all deserve in this country. I believe in the fight for LGBTQ rights, and that any form of discrimination based on sexual orientation or gender is WRONG. I believe that the systemic racism we still see in this country towards people of color is terrifying, sickening and prevalent.

I cannot vote for someone who will not be willing to fight for dignity for ALL Americans, no matter their skin color, gender or who they love. Running for Senate in the state of Tennessee is a woman named Marsha Blackburn. As much as I have in the past and would like to continue voting for women in office, I cannot support Marsha Blackburn. Her voting record in Congress appalls and terrifies me. She voted against equal pay for women. She voted against the Reauthorization of the Violence Against Women Act, which attempts to protect women from domestic violence, stalking, and date rape. She believes businesses have a right to refuse service to gay couples. She also believes they should not have the right to marry. These are not MY Tennessee values. I will be voting for Phil Bredesen for Senate and Jim Cooper for House of Representatives. Please, please educate yourself on the candidates running in your state and vote based on who most closely represents your values. For a lot of us, we may never find a candidate or party with whom we agree 100% on every issue, but we have to vote anyway.

So many intelligent, thoughtful, self-possessed people have turned 18 in the past two years and now have the right and privilege to make their vote count. But first you need to register, which is quick and easy to do. October 9th is the LAST DAY to register to vote in the state of TN. Go to vote.org and you can find all the info. Happy Voting!

As for Trump, he’s dealing with the disappointing outcome of Swift’s will-they-won’t-they relationship with Republicans the best way he knows how. With infallible, exact science and figures regarding important topics. When asked by reporters what he thought of Swift’s democratic allegiance (video below,) Trump responded first by acting like he didn’t read the breaking news first thing in the morning on Buzzfeed, and secondly by stating that he likes her music 25% less now. 25%. So, he’ll listen to her music, and maybe even mumble out of a couple of her catchy lyrics, but he’s not wearing his custom Taylor Swift cat t-shirt to bed anymore. The president has standards. 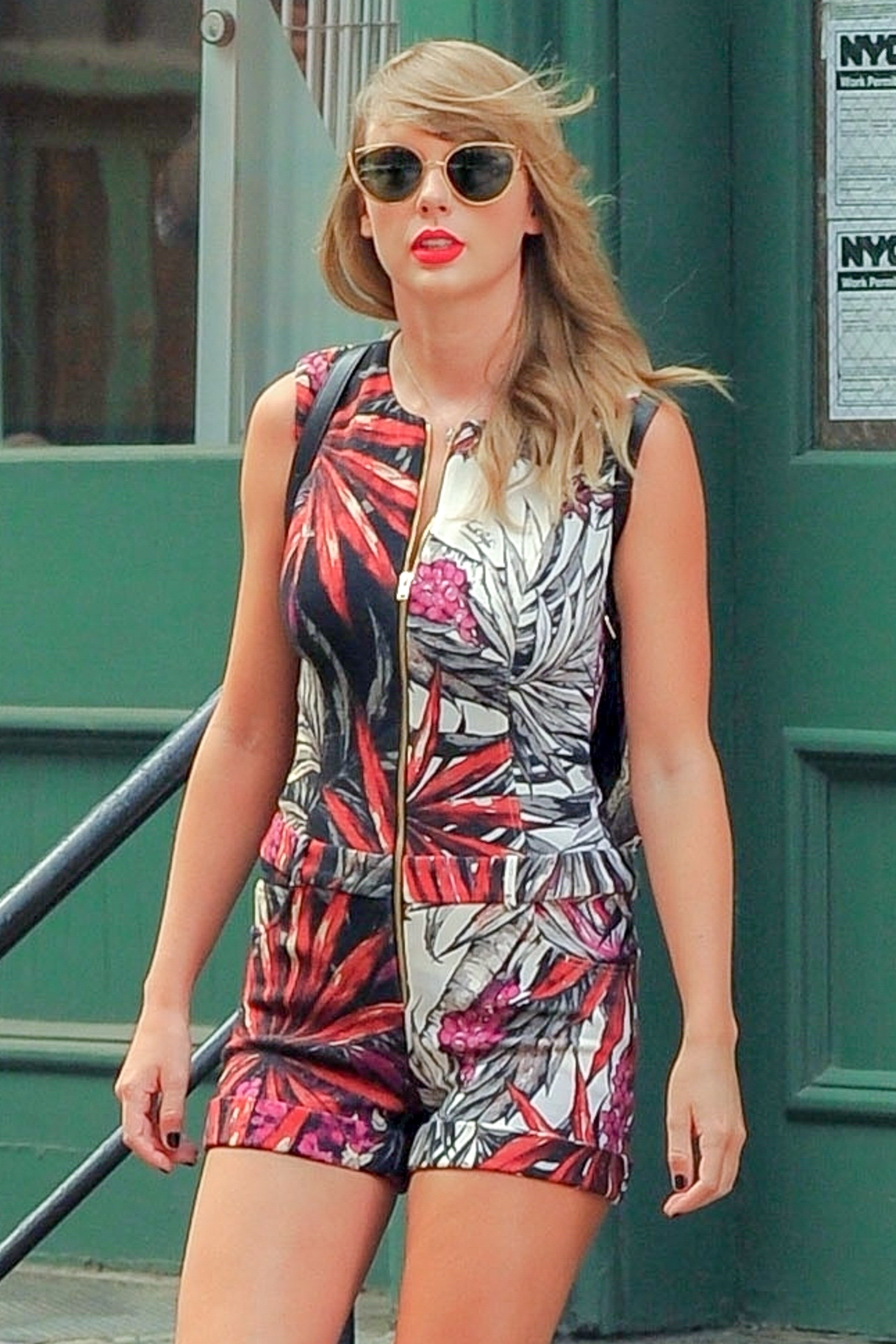