Lena Dunham is making unwanted sexual advances in the workplace fun again by admitting that she flashed her underwear in front of Brad Pitt while on the set of their movie Once Upon A Time In Hollywood. If you’ve seen Girls, then you know Dunham is covered in tattoos under her fun and flirty Brooklyn chic grill covers, and you’ll also know that she’s under the misassumption that men want to see them. Bless her heart. Like when your dog thinks you want a dead bird left on your doorstep. They mean well. During her appearance on Jimmy Kimmel Live!, Dunham revealed that the panty attack happened in between takes while Pitt was reviewing his script:

It made sense in the moment. We were talking about kewpie dolls. Do you guys know what a kewpie doll is? It’s like an illustrated character of the 1920s. Someone asked, ‘What’s a kewpie doll?’ And I said, ‘Well, I can show you. I’ve got one right here on my side’…If you’ve got it illustrated on your body, who are you not to show this?

My publicist actually asked me directly not to do it again on this show, [but] I want to do it really bad right now! 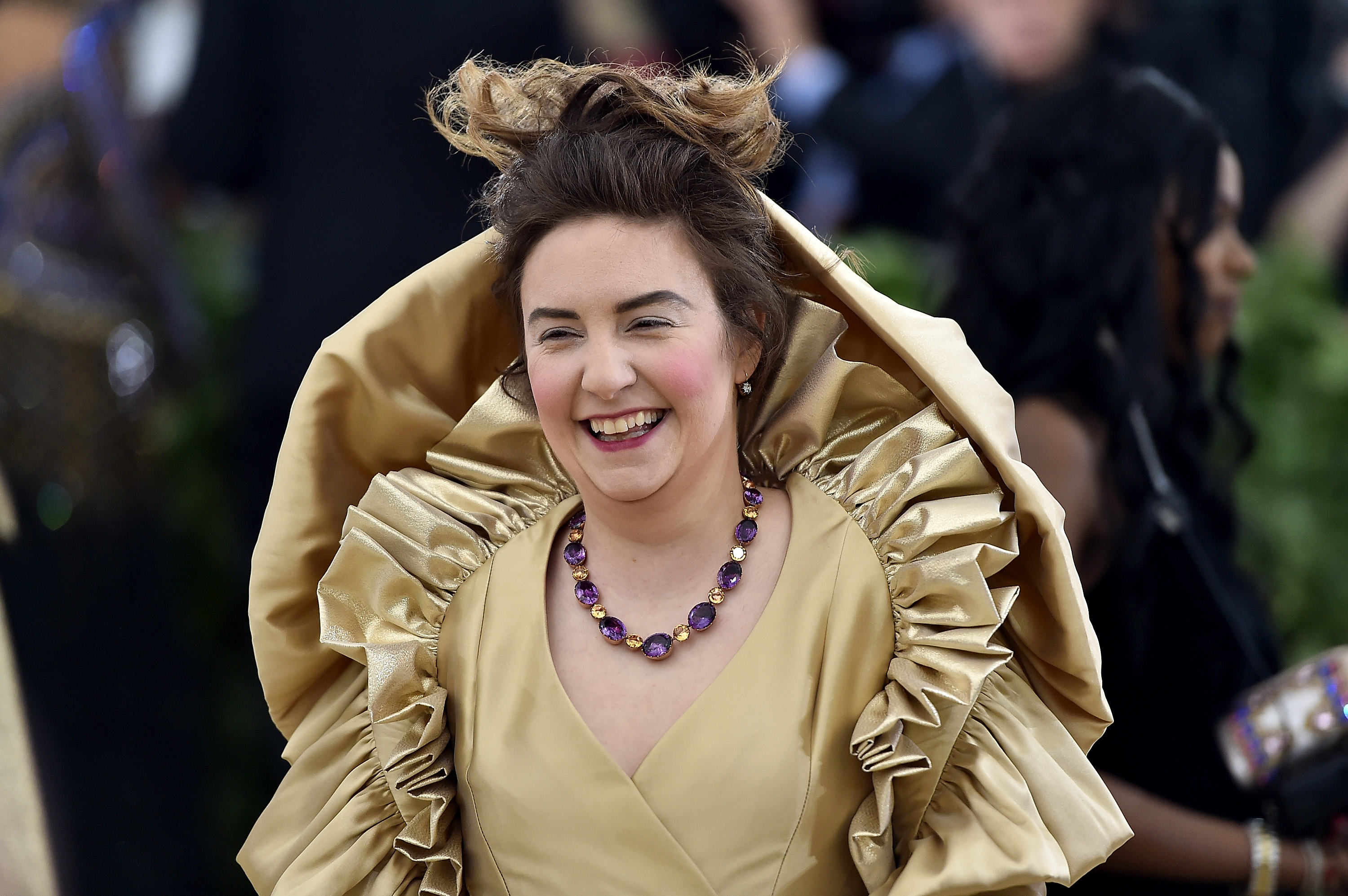