Louie Anderson’s secret drag persona Lena Dunham is flying through her Rolodex of sad girl attention grabbers at a pace that makes Amy Schumer seem measured. Hallmark can barely keep up with the demand for cards celebrating the anniversaries of Dunhams’ various lady part surgeries. And like most female celebrities with Instagram, Dunham is also vocal about suffering from PTSD. It’s the new lupus. The PTSD stems from the, oh, like, dozen or so times Dunham was sexually assaulted. Or what the hell ever. She’s the boy who cried wolf. And now we’re at the end of the fable, when no one gives a shit about him. And, remember, she is a him. Because she’s Louie Anderson. Shhh.

Thanks to some podcast that needs to be doused in holy water from Dax Shepard called Armchair Expert, we now know that we’re apparently celebrating Dunham’s six months of sobriety. The same girl who blamed a pet adoption center for her own lack of research in adopting a dog is pinning her addiction to the anti-anxiety medication Klonopin on her doctors. Who, in their defense, were most likely trying to kill her:

I didn’t have any trouble getting a doctor to tell me, ‘No you have serious anxiety issues, you should be taking this. This is how you should be existing. I was diagnosed with pretty serious PTSD. I have a few sexual traumas in my past and then I had all these surgeries and then I had my hysterectomy after a period of really extreme pain. It stopped feeling like I had panic attacks and it started feeling like I was a living panic attack. The only thing that was notable was the parts of the day where I didn’t feel like I was going to barf and faint.

If I look back, there were a solid three years where I was, to put it lightly, misusing benzos, even though it was all quote unquote doctor prescribed.

Nobody I know who are prescribed these medications is told, ‘By the way, when you try and get off this, it’s going to be like the most hellacious acid trip you’ve ever had where you’re f—– clutching the walls and the hair is blowing off your head and you can’t believe you found yourself in this situation.’ Now the literal smell of the inside of pill bottles makes me want to throw up. I still feel like my brain is recalibrating itself to experience anxiety. I just feel literally on my knees grateful every day.

The world is not, in reality, Dunham’s enemy. In fact, she was born with a great deal of wealth and privilege. But her insatiable appetite for sympathy pits her against anyone she crosses paths with. So Dunham was briefly reliant on prescription medicine. That her doctors most likely dolled out assuming that their patient wasn’t an idiot. What’s called a misdiagnosis. If they didn’t prescribe anti-anxiety medication, Dunham most likely would have blasted them on social media for not taking her medical condition seriously. She might have even sprinkled in some victim-shaming. It’s lose-lose when it comes to Dunham. And after reading this post, we all lost. 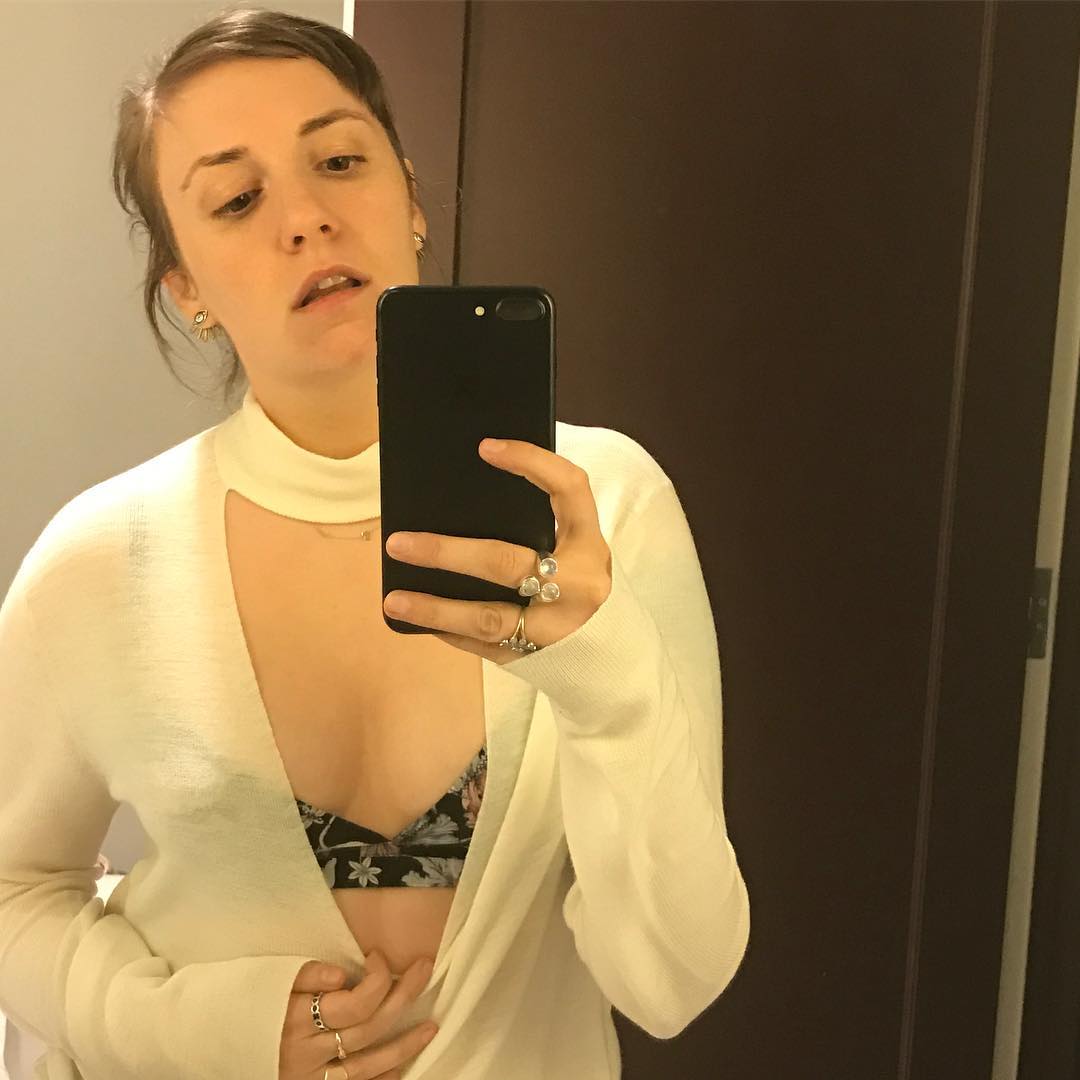