And it’s a match made in Hollywood’s anus. It looks like the stars have finally aligned for two people that always make you go “hmm… tell me why you’re famous again.” Rita Ora and Andrew Garfield are going steady. They say in a relationship that love between two people can never be equal. There’s always one person that loves the other person just a little bit more. You can always tell who that person is by observing who’s willing to put up with more shit. And it looks like that person in this unholiest of unions is Garfield. Because Ora is a glorified Instagram model. She claims to be a singer but I couldn’t name a single single if my safety counted on it. Ora is a downgrade from Emma Stone. And her current career looks exactly like what Kim Kardashian’s would look like if Kim was never bitten by a radioactive slut and received super celebrity powers.

Rita Ora and Andrew Garfield are evidently making house calls now, after the singer was seen making a low-key exit from the Spider-Man actor’s house in the morning. It comes just days after they were seen together for the first time since romance rumors emerged last month. The Hot Right Now hitmaker, 28, was rugged up against the early morning chill and fresh faced as she took a phone call while making her way out of the star’s London home. Moments earlier Andrew, 35, had ducked out to the driveway and left in his car, dressed in workout gear on his way, perhaps, to an early-morning spin class or whatever else his fitness fancied.

Not being able to come up with a laughable celebrity combo name to christen themselves as a couple is even more proof that they don’t belong together. Try it. You’ll be there all day and have nothing to show for it if you attempted to combine Rita Ora and Andrew Garfield into a cute media-ready single moniker contraction. On second thought, don’t even attempt to come up with a name. It’s never advisable to waste time on silly things. Unless your name is Andrew Garfield. A man who is obviously sexually attracted to silly things. 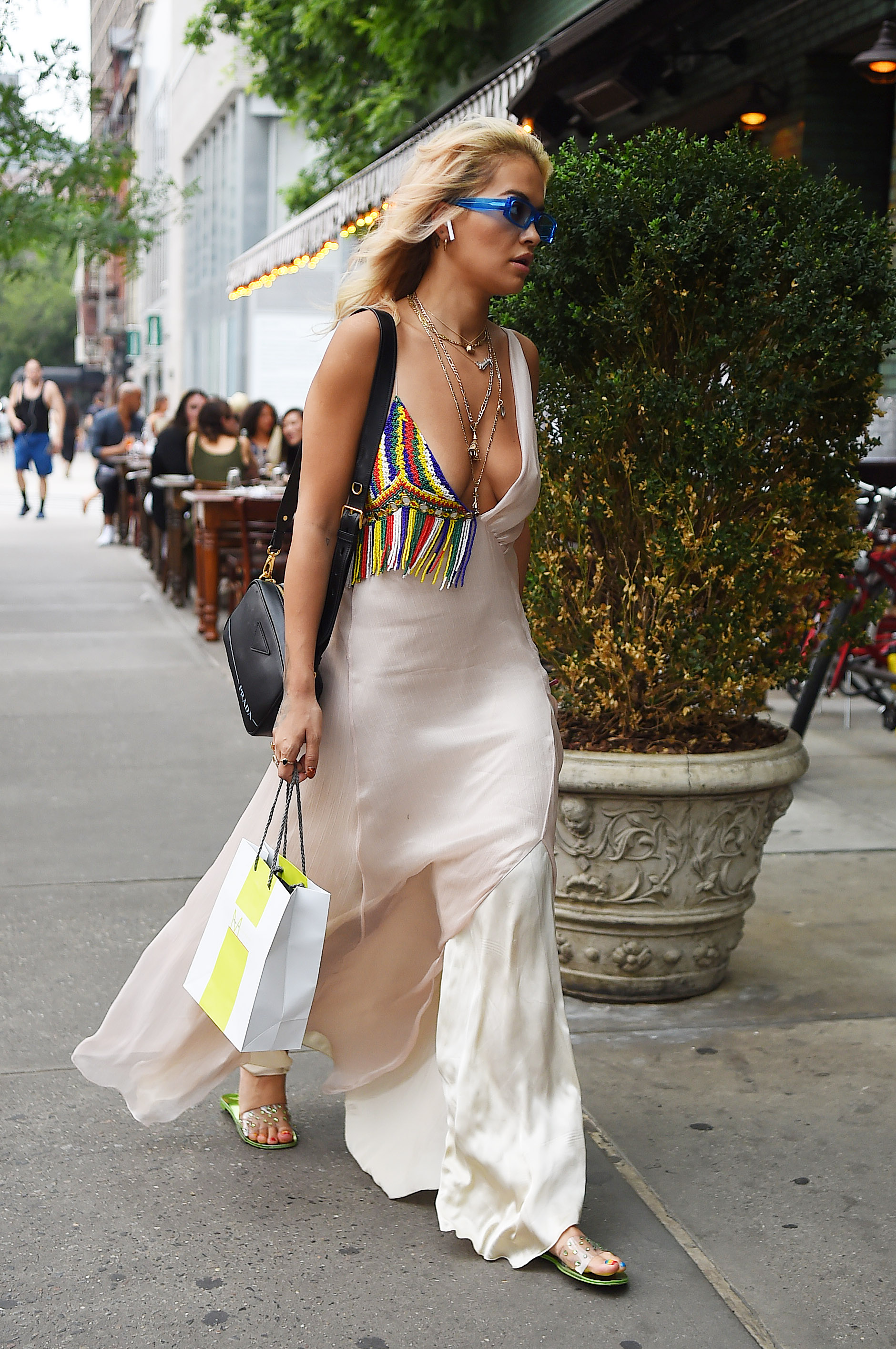