I do not, for a second, believe Bella Thorne had an audition canceled after coming out of the half committed closet as bisexual. In fact, for celebrity women being bisexual is a plus on their acting resume like being bilingual. Think Penelope Cruz, but with pussy. Everyone knows what kind of woman Bella is. A ditzy broad most likely to forget her wallet, keys, and anal beads at her friend’s house. The only place I could image canceling Thorne after she admitted to kissing girls and liking it is a Christian production company. And since there isn’t a Ben Hur 2 or similar reboot on the horizon, I hope her plastic nose grows longer than Pinocchio for lying.

Bella Thorne says she lost an audition after coming out as bisexual.

“There were a few places on the acting side that were very negative about it,” the 21-year-old said in the new issue of Gay Times. “There was someone who, right after I came out, canceled my audition.”

She continued, “It’s not like anybody comes up to you and says, ‘Well, you’re gay so I’m not going to hire you.’ I haven’t had that. But you can just tell by the way that people act differently around you, the way they treat you differently, the way that they look at you or the way that they tiptoe around certain subjects because they’re walking on eggshells. In this business, that behavior makes it all very obvious.”

Thorne, who’s in an open relationship with both Mod Sun and Tana Mongeau, came out as bisexual in 2016 after posting photos of herself kissing a lady friend.

For an attention seeking-sexual artificial intelligence bot, Bella sure relies more on her artificial aspects than her intelligence to carry her through life. And I’m pretty sure it has a virus. That or maybe we’ve assumed it’s smarter and more complicated than it looks. If that is the case, someone needs to flip her over and check for a pull string in her back so she can say something more interesting and believable. 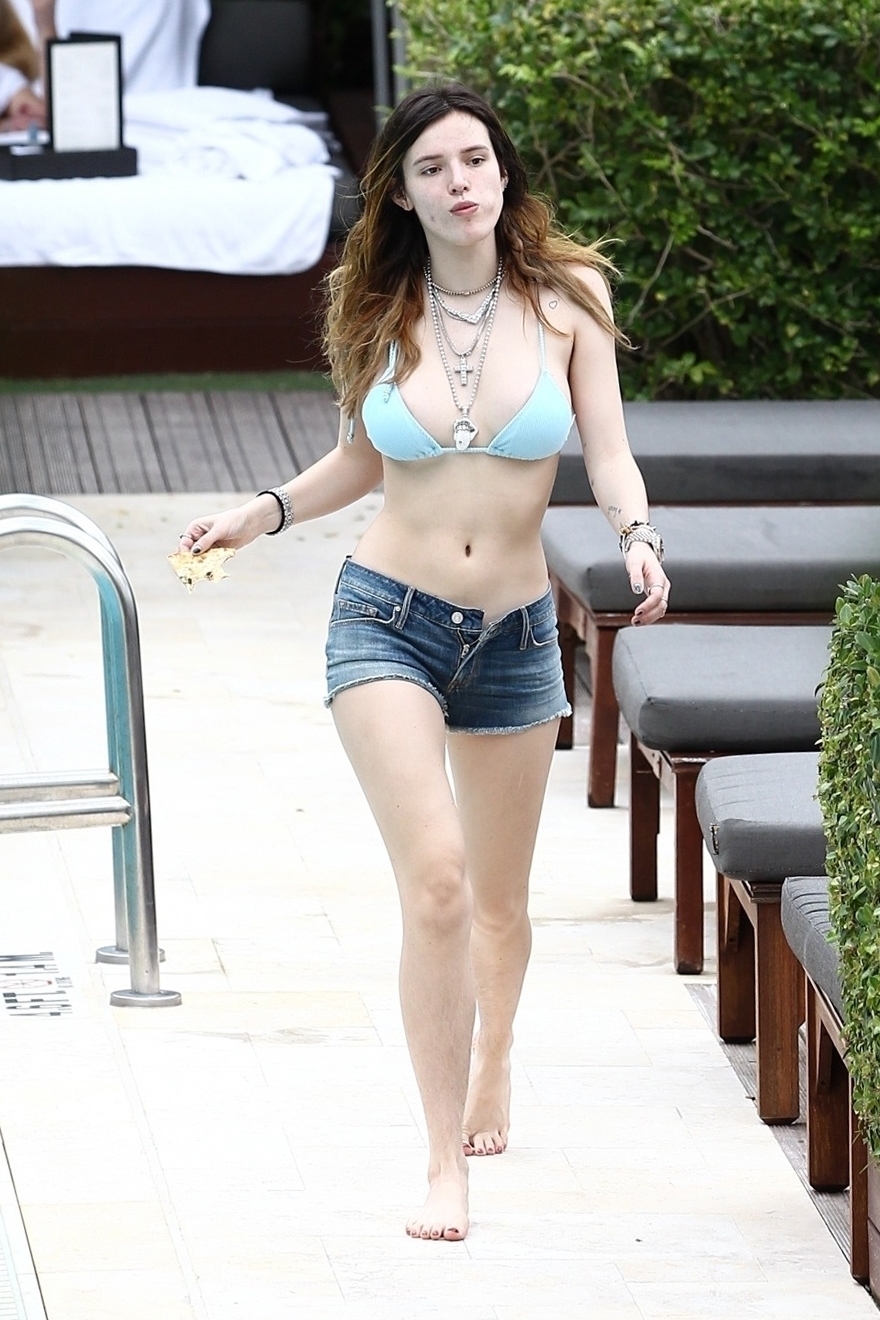