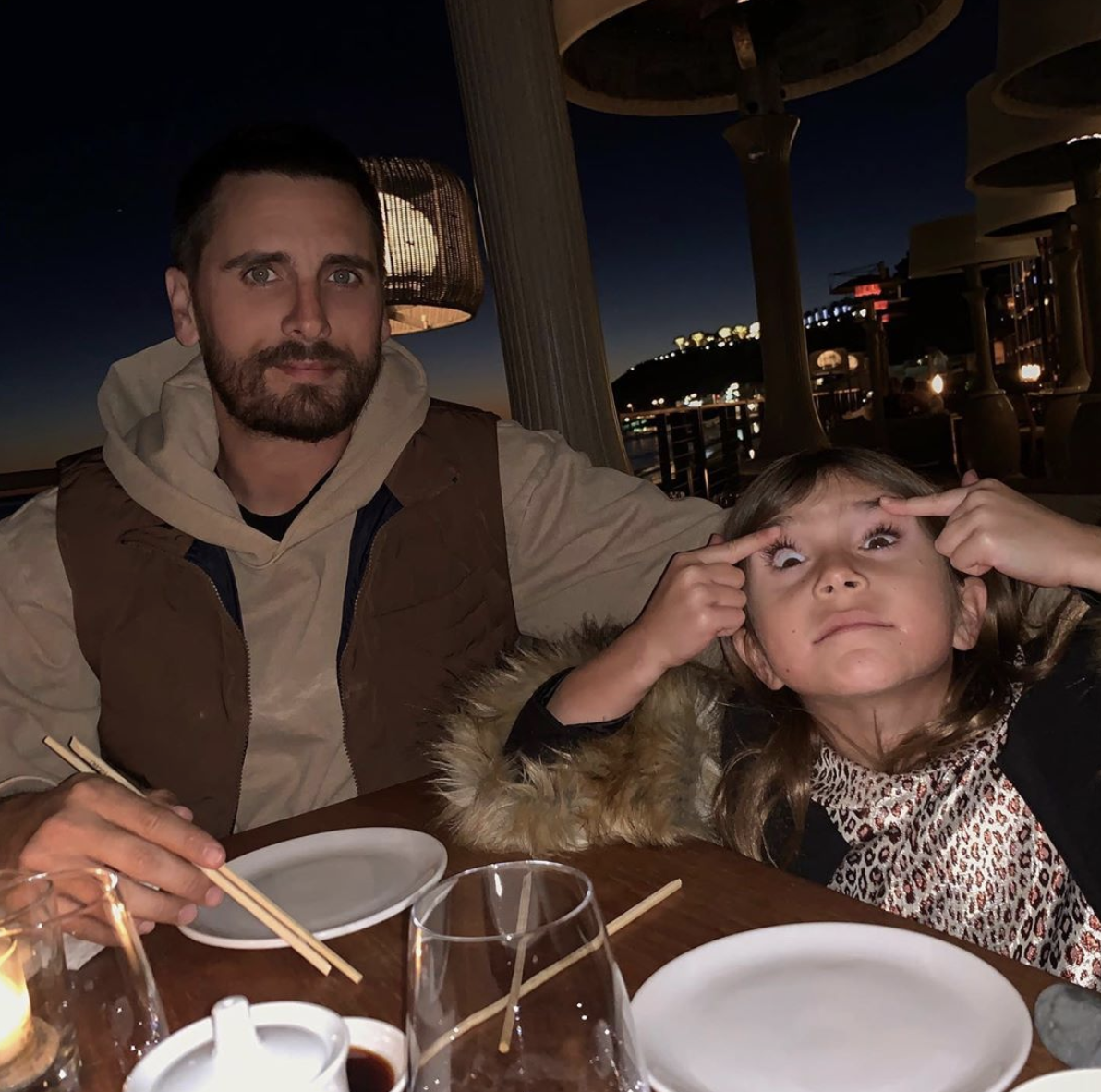 Or is it not racist? Now we have a dialogue. A conversation. A teachable moment. An Insta shitstorm over nothing. Ex-Mr. Kourtney Kardashian, Scott Disick, is a dick. I mean, it’s right there and the name. And his six-year-old daughter is most likely also a dick, because her father is a dick. And dickery is a dominant gene. The two were eating what appears to be zero food – even though Disick is holding his chopsticks for some reason – when they decided to pose for a shitty Instagram photo, and his daughter decided to pull her eyebrows up with her fingers for said shitty Instagram photo. It’s all just. Shitty.

If Disick had access to the Internet anytime over the past decade he would know that Julianne Hough-ing (wearing blackface) and Gigi Hadid-ing (mimicking a stereotypically Asian eye shape) are frowned upon. Avoiding them in simple. You just don’t do them. But simple things are hard for dicks. Non-dicks will know that strategically posing with chopsticks next to your daughter while she’s Clockwork Orange-ing herself is going to draw criticism. Which this pic did from thousands of people. But Disick’s a dick. He didn’t know what he was doing when he posted the photo. He didn’t know. He didn’t know! JK he probably did. But who gives a shit what a dick thinks.