Her name is Sophia and this is her INSTAGRAM where she is an Eyebrow / Unibrow Empowered influencer. Weird.

They are now up on social media, embracing their weirdness and exploiting it but on a mainstream level. I’m sure they are still speaking to the fetishists who get off to their unconventional imperfections, but also to people like them who are forming support groups of “positivity” and “no shame”.

It is the over sharing era and this girl Sophia Hadjipanteli has decided that having a caterpillar running across her face like an old guy at the deli, or Eugene Levy is her truth, her reality and she won’t be shamed out of it…if anything she’ll grow those fuckers out to be as big and thick and beautiful as she can because that is who she is….and 400k people are following her, giving her jobs, and she’s famous because of it.

Pretty dumb times but check out how sleazy her pics are! I guess you can just imagine those eyebrows having a life of their own…ticking your gooch if you get her in the right position. That’s got to be the point of these!

Any angle to get noticed! Having an AILMENT is like the influencer’s dream. 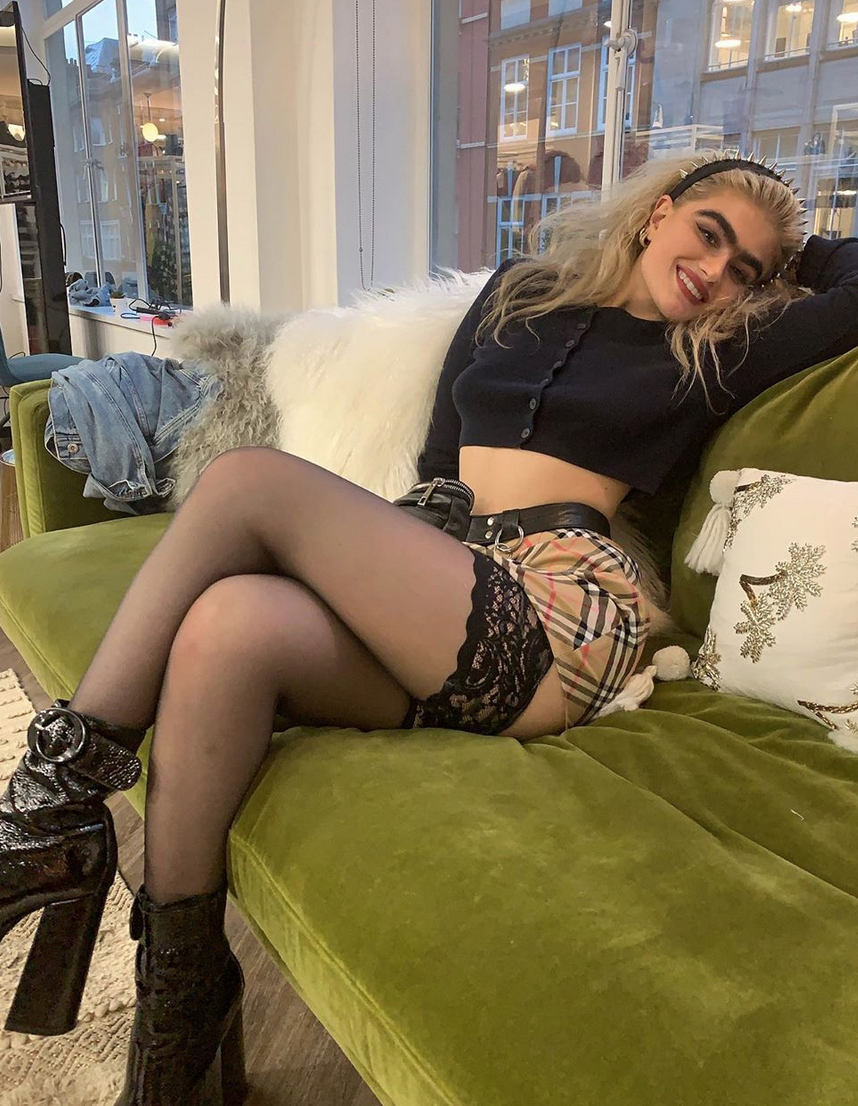