This is actually hilarious to me, some shitty fashion designer named Philipp Plein had a show at Milan Fashion week where his plan, apparently, was to pay tribute to now dead NBA star Kobe Bryant. He had a bunch of celebrities come out and model his new collection like Jada Pinkett Smith, Olivia Culpo and extremely over rated shitty fake artist Alec Monopoly, who didn’t have his mask on this time.

So the stars and models are all decked out in these tacky purple jersey looking shirts, with Kobe’s number 24 on them and Plein’s name across them. They walked past a helicopter on the runway, which everyone is freaking out about because thats how Kobe died.

Anyway it’s hilarious to see that these really ugly designs are selling for $3000 a hoodie, which all these idiots will buy up just because it’s got Kobe’s number on it. Despite Plein being a totally talentless designer, this hilarious in memoriam collection is my favourite. 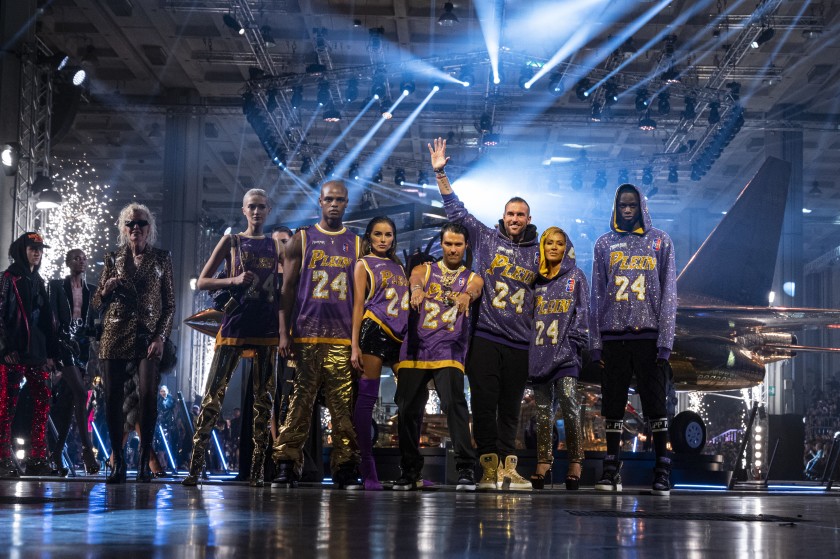