Is this a Really Good Troll or is it Truth?

So this Australian guy named Quaden Lad is in the news right now, he claims he’s 9 years old and has dwarfism. Apparently his mother uploaded this video of him crying saying that he wants to kill himself. The whole video seems weird in my opinion because I feel like a 9 year old’s go-to suicide wouldn’t be hanging, especially if they are a dwarf, how would they hang the rope??

So the video blows up, get 24 million views in 3 days on Facebook alone. Is shared across the internet and on all the news sites, and Quaden and his mom have made over half a million dollars in Go-Fund-Me donations in just over a day, which is insane if that’s true but I haven’t done the math. People are even starting fake pages and fake gofundmes’s to try and cash in.

Then someone came out and said that this guy is a full scammer, that he’s 18 years old, recently celebrated turning 18 on Instagram and is just scammed half a mill out of all these idiots.

I honestly can’t tell if this guy is 18, or if he’s really a sad 9 year old being bullied to the point of wanting to kill himself. Who knows, there is so much evidence to go both ways, there are picture of him looking like a grown gang banger, and then theres an article from an Australian magazine from 2016 which states he was 5 years old and the time, which people are also saying is a scam and that him and his “mother” have been scamming for years.

Is this a TROLL or is this just a dwarf? 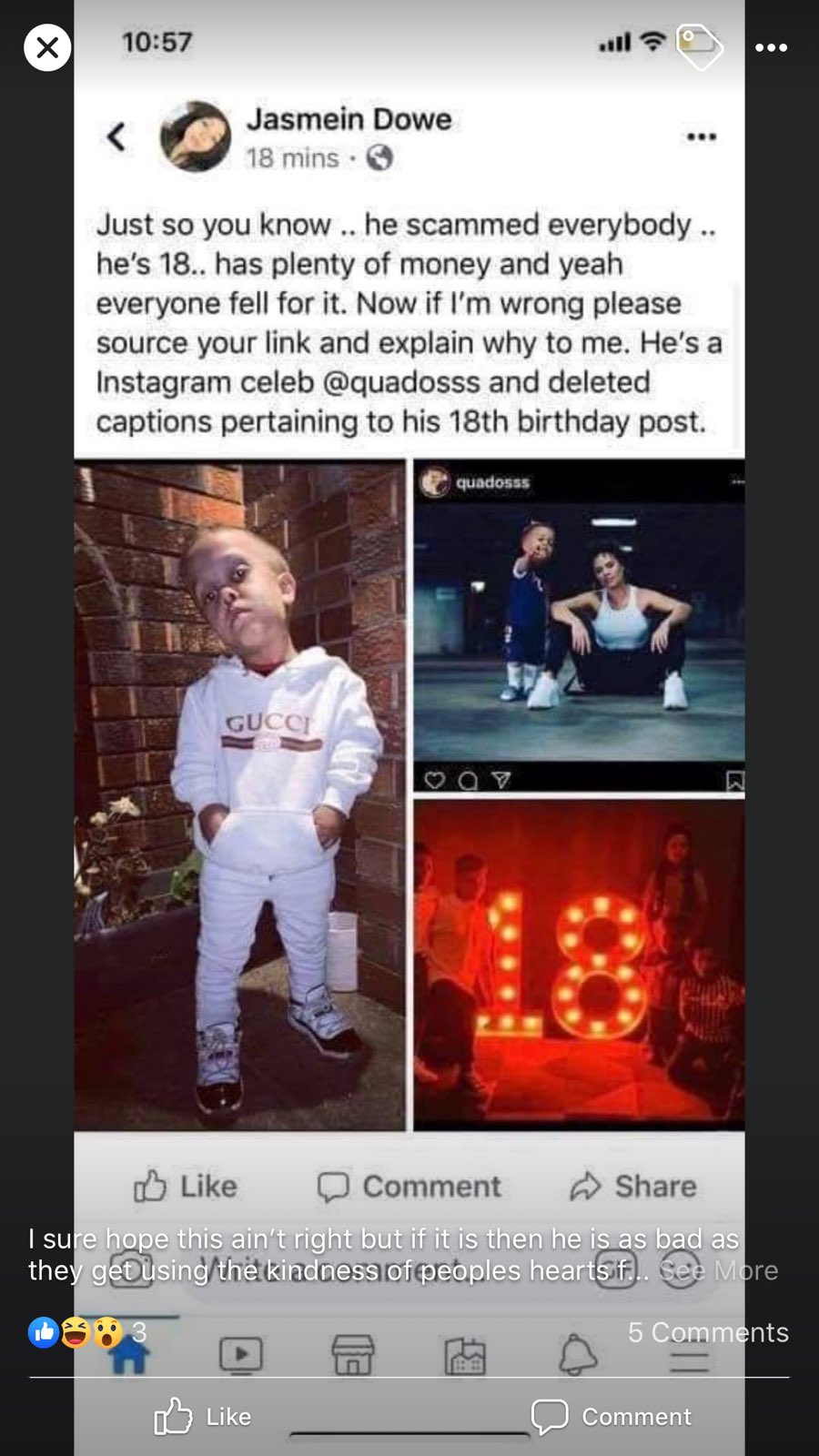