Josie Canseco got Fucked up in Miami

Let me start this by saying I LOVE that Jose Canseco named his daughter Josie Canseco.

So Josie is a model who was in the “news” recently for dating Brody Jenner after his wife left him to bang Miley Cyrus – anyway Josie and Brody broke off their fake romance and she started dating YouTuber Logan Paul. She joined her boyfriend and his brother Jake to Miami for the Super Bowl where they got degenerate with Tana Mongeau, Jakes “Ex-Wife”.

There were pictures of Josie going around in a little pink bikini looking all cute on restaurant mogul David Grutman’s VanDutch boat, but what was going on later on at the strip clubs was less cute..

I’ve always thought Josie was super hot, until I saw this video of her totally rolling out of her mind on drugs the same night she was caught on camera sporting a massive back injury/rash while squatting next to her friend as she took a piss…

Then I saw her swapping spit with Tana Mongeau so you know she picked up some sort of disease from that one. Moral of the story is Josie Canseco isn’t as innocent as she looks and that killed my love for her. Here are some photos that were deleted off Instagram of the crew getting fucked up in Miami. 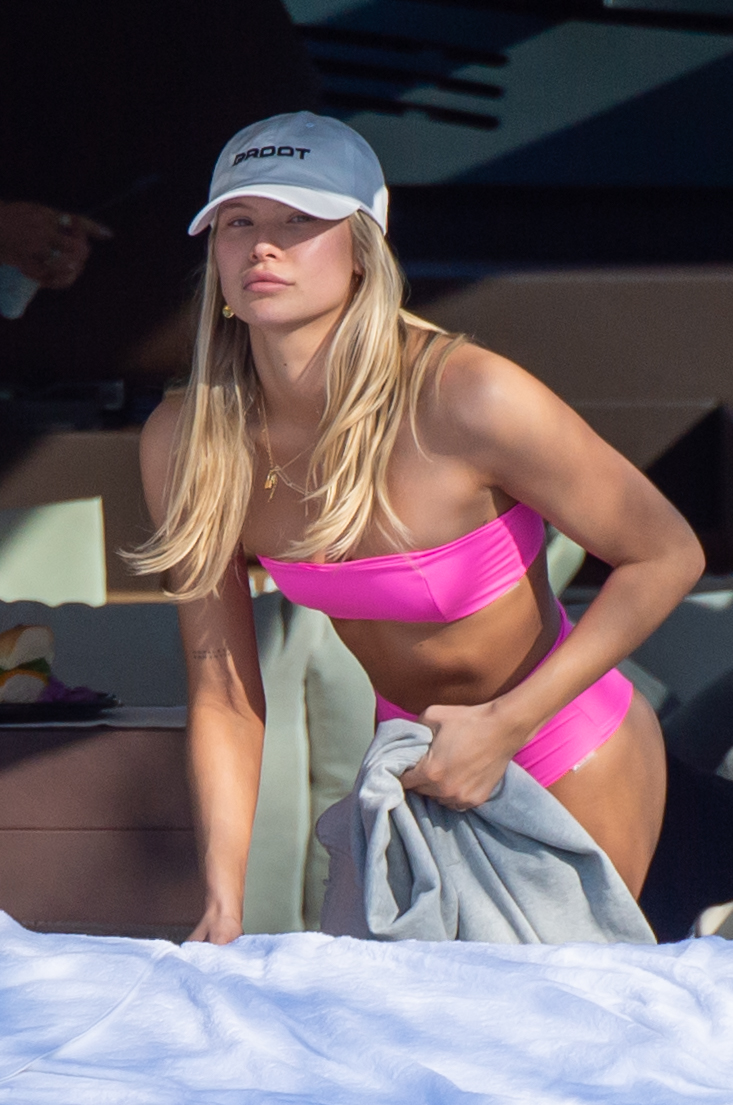