I’m just discovering who Laurence Fox is. English actor, singer-songwriter and guitarist. He was also married to Billie Piper, whoever the fuck that is. I guess he’s been pretty famous in England for a while, but for all the right reasons. Lately however, he’s been getting into some “trouble”.

Laurence has been on a tear as of late. He’s said he had to break up with a girl friend because she was “Too Woke”, basically told Megan Markel to “Shut up Karen”, and has stated that the whole “everything is racist” thing is getting very boring. The guy just doesn’t give a fuck, and I personally love it.

Recently, during the idiotic ‘Blackout Tuesday’ stunt on Instagram, Laurence had a bit more to say. Just a bit. You guessed it. It too was hilarious.

Oh course he’s facing backlash because ‘muh feelings’, but I highly doubt he gives two fucks. Here are a few of the nimrod’s responses: 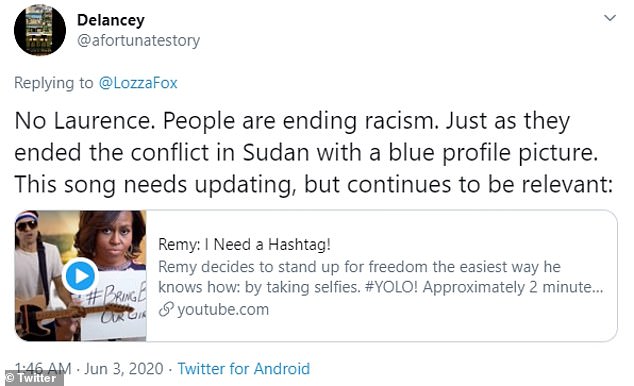 This society of brainwashed jerkoffs that still think the internet is real life blows my mind to this day. Don’t let it happen to you kids. In a world full of useless social justice warriors, be a Laurence Fox.