Calling Billie Eilish a professional singer is like saying Bugs Bunny is a rabbit – it’s accurate on some level, but dishonest in reality. If you put Eilish beside Adele – the Classic version or the new Calorie-Wise edition – only one would be asked to perform for royalty (or know which is the salad fork). Eilish does get paid (a lot) for what she does, which seems to be a minimal effort – she’s like Kris Jenner with bad genes.

Billie is making music in her home that looks like it’s on the edge of some clear-cut Oregon town, where instead of growing pato and writing communist blogs they’ve somehow mined low-key pop stardom. The Eilish house is undoubtedly full of books and 19th century plumbing and mold as a reinforcing paste – Tyler Durden approves. We used to think kids from these homes were packing guns and beeswax lung-darts – the Eilish are packing downbeat tracks and trailer-trash vacation photos.

But like all young western singers – and some poor twinkies in Korea – the question eventually comes from fans, her label, and her over-pressuring parents: when are you going to strip for Instagram? As mentioned on these August pages, the playbook for sexpot siren includes selling your body as much as your vocal cords, as wholly embraced by Miley Cyrus, Cristina Aguilera, and various other sluts.

Maybe the question should be, would tousled hair and a tight wife-beater make Eilish more interesting and less dreary? If topless, plus-sized cranks are your flavor, the interwebs can provide – we like to think the number of men who admire Billie for keeping it on equal the number of pervs and Daily Mail paparazzi that wish otherwise. But who are we to judge.

So your spank-bank will have to suffice with deep-fakes on Google image search – and good luck putting that pussy back in the bag. Don’t feed the oversexualized media machine Billie – but maybe spend some time with a vocal coach. 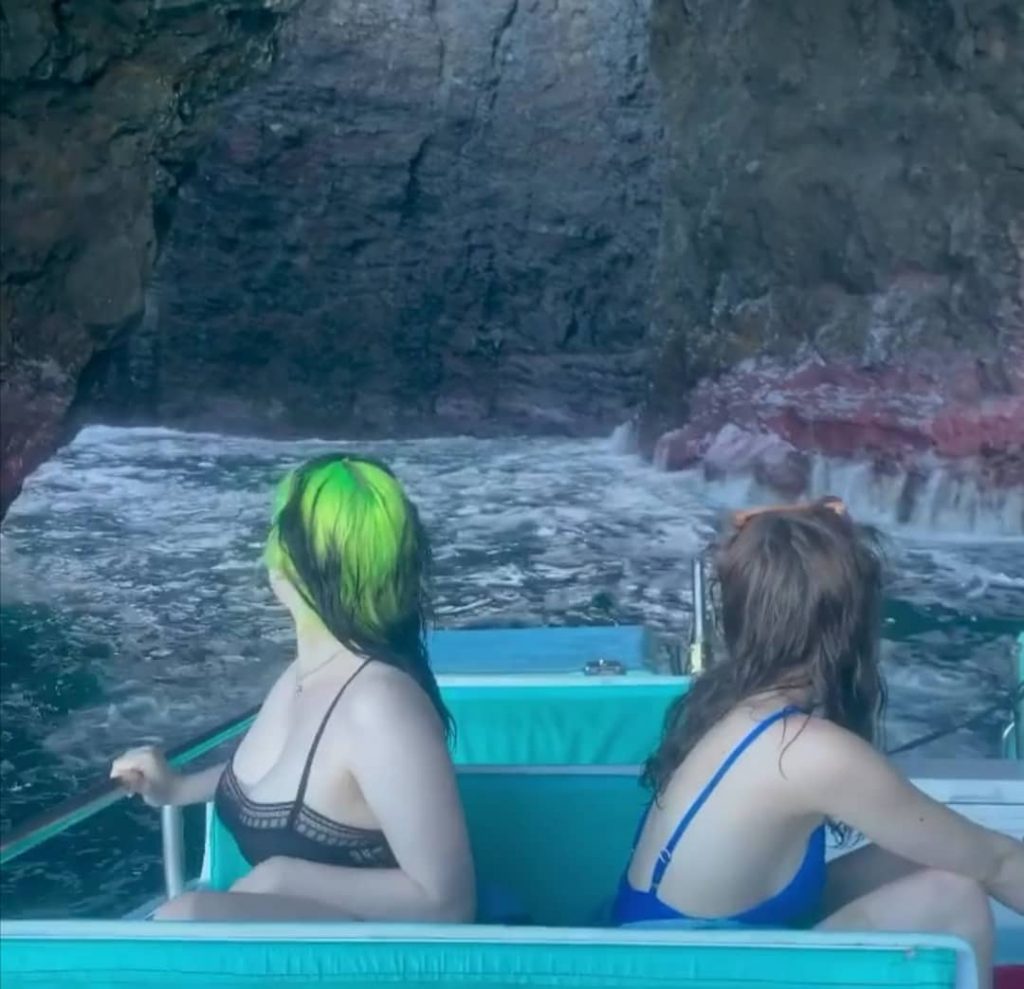