God bless Rose McGowan – or whatever deity you hold dear (Kratos?). For a shrill harpy she’s still pixie cute, and her deranged justification of going naked to Hollywood events is insightful in a psychological, forensic sorta way. The kinda stuff celebrities sleuths will revisit when she perishes in a mysterious Carl’s Jr. explosion.

According to TooFab last week, back in 1998 when McGowan went mostly naked to the VMA it was “to blow your brain up” in some form of female empowerment. Anyone else would have called it egotistical, slunty, and self-promotion, but for reasons that exist only in McGowan’s head she was sending a cerebral signal to a superficial public.

Her message of empowerment by abject nudity is top-of-mind when I’m cruising through WWTDD sister-sites, or when I click on various cam-girls. Like all woke Men, I feel a sense of pride supporting the sisterhood when I stare at their lace bodices or fleshy cosplay, thinking, just like McGowan did slutting up the red-carpet all those years ago, that I’m enabling these women’s ability to self-express and “do it with power”. By this logic, we liberated few should spend more time permitting these shameless feminists regardless of their attire, income, or intelligence level; every dollar we spend on Bella Thorne and Ariel Winter is actually virtue-signaling.

McGowan helped bust SOS Harvey Weinstein, and her shrieking exposure of other self-righteous celebrities is fun to watch; but would we still pay attention to her occasional boob-flash if she wasn’t milfy? Trying to understand women is hard enough – trying to understand a revisionist, self-justifying celebrity ho is impossible. 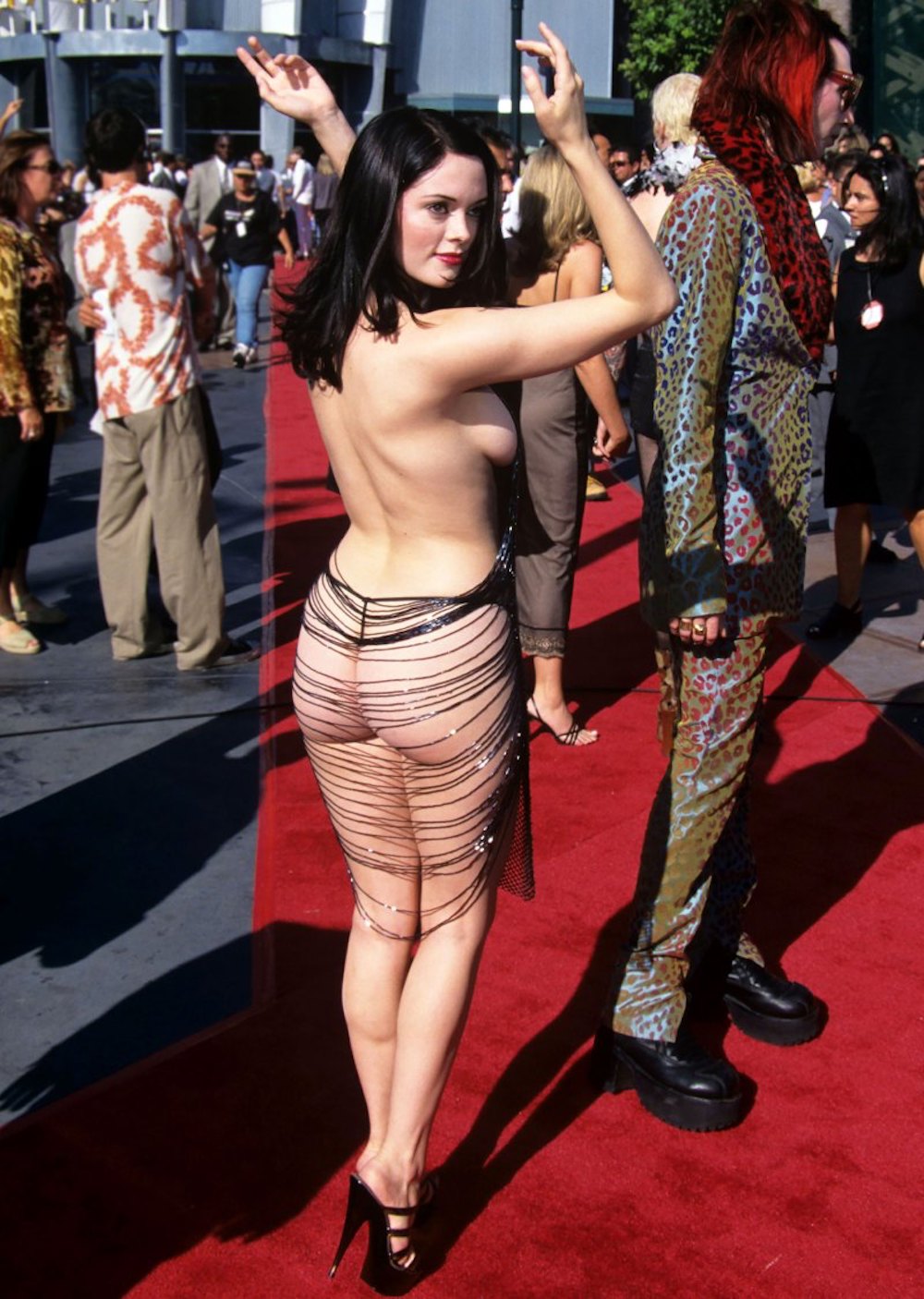