You gotta send props to Bella Thorne – she’s taken a modicum (tee-hee) of talent and beauty far beyond any other chiquita, based solely on the ability to show / not some skin.

What is her skill-set exactly? Yeah we know, model, influencer, director, blah-blah-blah. Her IMDb credits are as spotty as a young Latino actor tired of playing Gang Thug #3. The temptation is to compare her to Kylie or Nicki or some other young woman who’s really good at posing in a well-lit area, but most of her comparable hunnies would excel in any business venture bc hotness.

Miley can sing (apparently), JLo can act (allegedly), and various soccer players can kick a ball around the field / pitch – what specifically can Thorne’s do when there’s no camera around? Okay, there’s THAT, but by now Bella would have those moments picted and broadcast if she thought it would get her an Oscar nomination.

In America, talent and training and patience are not needed when you’re a greasy ginger with nice bs – and God Bless America. 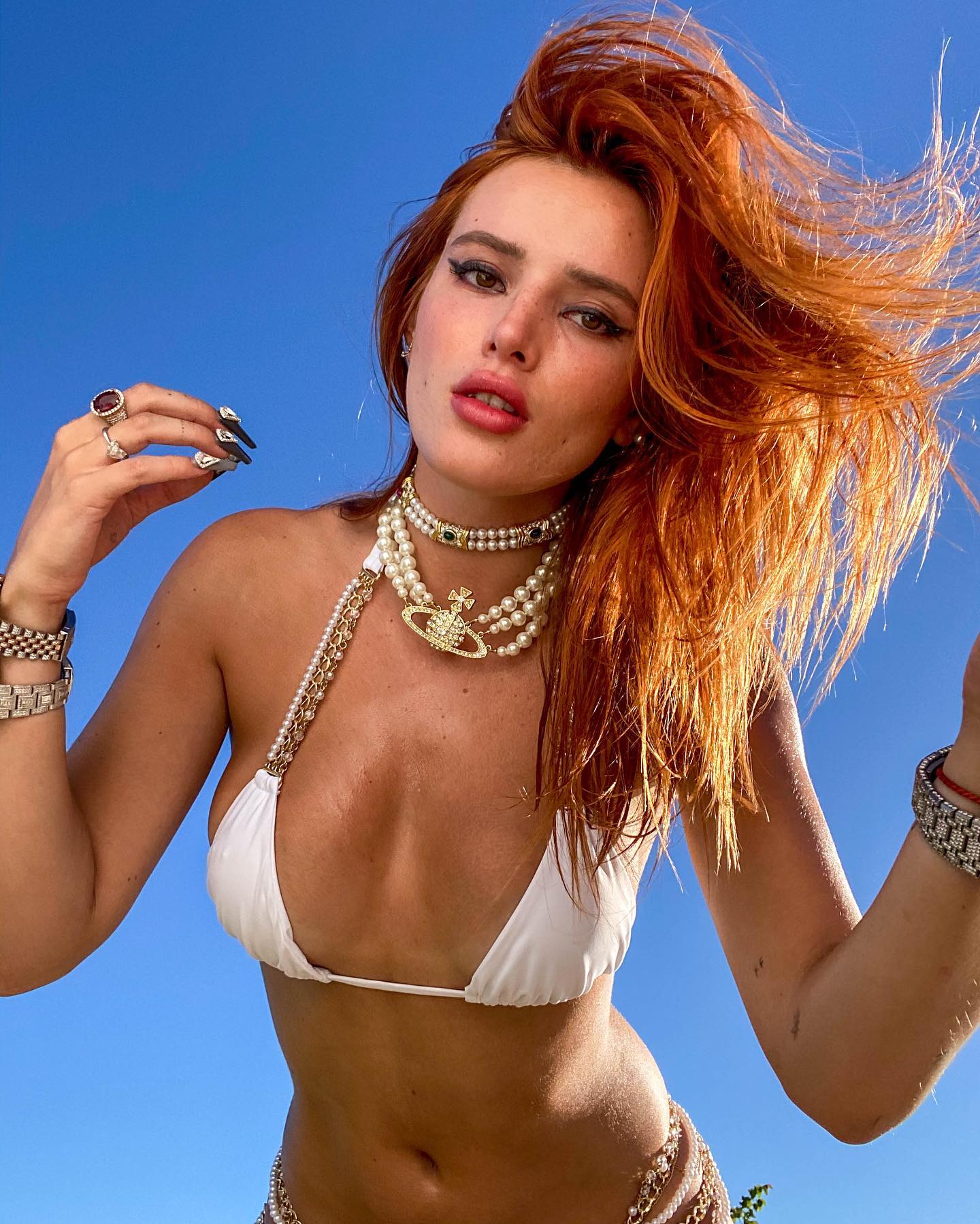