In a perverse way, it’s good that Men (and Women) have Lena Dunham as the flagbearer for FU feminism. Who better to encapsulate a dying movement than caustic, fugly, bitter, self-righteous Dunham, who also did some show-business stuff we’re not interested in looking up. It’s not that Men don’t need to be exposed to feminism in any form – but does it have to be heralded in her form?

So it’s a shock to use She Who Is Named Too Much in the same sentence as Emily Ratajkowski, the Most Beautiful Woman in the World. Emily is preggers and wanted Lena to help document (for reason’s only a female mind could comprehend aka a way to get featured in VOGUE).

Most of us would give our right arm for even the chance to inseminate Ratcow – Dunham, not so much, maybe we’d throw her a sandwich to not be forced into inseminating Dunham, she seems like that kind of girl, does she even identify as a girl? Luckily, she had a hysterectomy and can’t be inseminated by even the most desperate fame whore.

Speaking of gender, in the VOGUE article, or VOGUE publicity stunt reveal, our Heroin Ratajkowski was quoted saying “…we won’t know the gender until our child is 18 and they’ll let us know then” sounds about right at least in terms of trying to make clickbait headlines. She goes onto say “..(there are) possibilities that are much more complex than what genitalia our child might (have).”

Good thing the only genitals we are interested in are Emily’s since she is the woman you fantasize about when you’re getting jiggy with your gf; Lenham is who you picture when she tells you she’s ovulating and you need shrinkage rfn.

I guess it’s too late for us to hook-up with Emily – and kudos to husband Sebastian Bear-McClard , who is obviously a Man Among Men or just rich – but we’ll always have that “Blurred Lines” video and 1000s of nudes she’s used to get where she is today! A modern day hero.

Some videos and pics of Emily Ratajkowski acting like her pregnancy is the most important thing to happen in the world as narcissism tends to do. 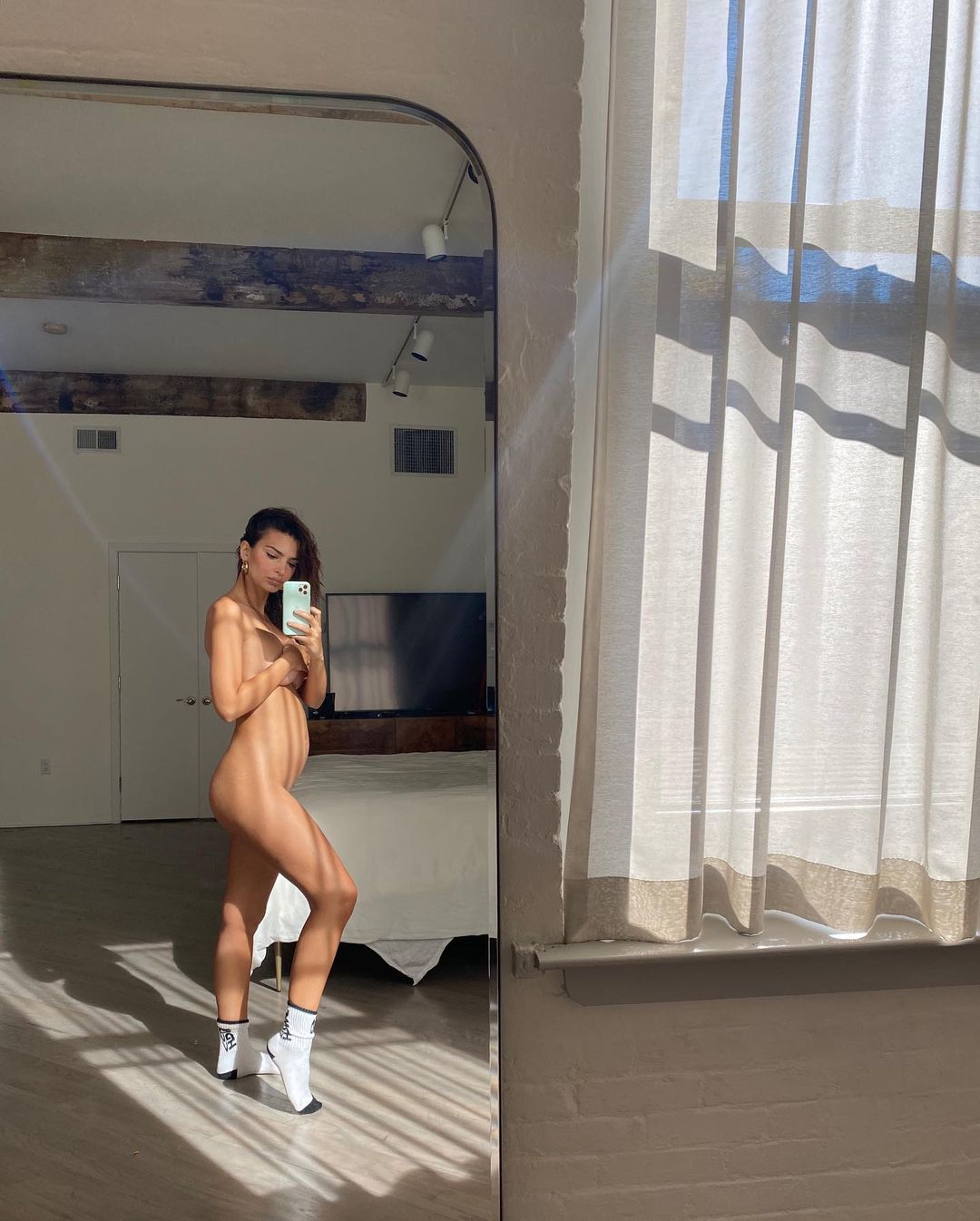