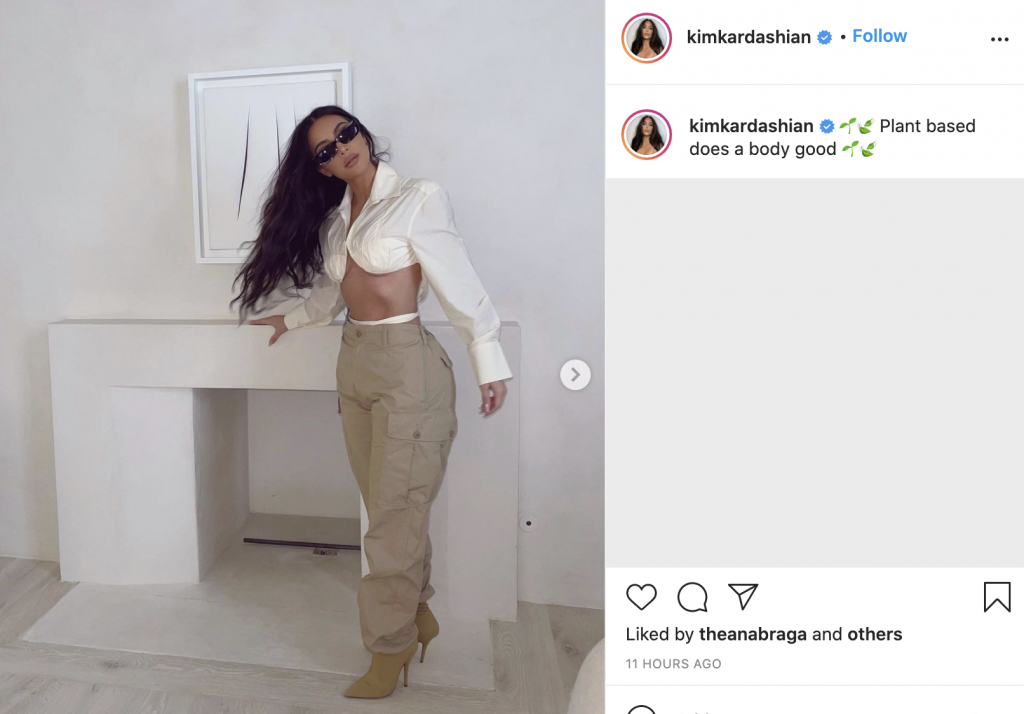 Obviously I hate the Kardashians as much as the next guy. I think they offer no substance or value to the American people, and if anything are just damaging the morals and values of the modern generation.

The family as a whole puts an importance on fame for nothing, consumerism, while pretending to be real, while being totally manufactured and fake.

Nothing they say is actually true, it’s just low level media manipulation that works, but the people who are sucked into their spell just buy into their lies and the products they are pushing.

So today, I came across an article on a large celebrity gossip site that was praising Kim Kardashians “Itty Bitty Waist” and her “Pretty Face”, because clearly they are on the Kardashian payroll.

They are also trying to credit her PLANT BASED diet for her new “girl going through a divorce” body and are posturing it as a “Take that Kanye, I still got it”, when really it’s face injections and liposuction, photoshop and lies!!!

As a people, we need to stop celebrating the toxic, vapid, morally devoid people who put an importance on fan, follows, likes, conversions, money, because it is massively disgusting and actually not what makes people happy at their core.

Or at least stop buying into Kim’s lies about being plant based and the positive effects of it when she’s probably eating an omelette as her handlers oil fake booty down, or whatever it is they do.

Stop believing the internet and call out the dick suckers sucking up to this nonsense with the “You’re so beautiful” LIES. It is at the point of MENTAL.

The best diet Kim could go on is a hunger strike that doesn’t end.