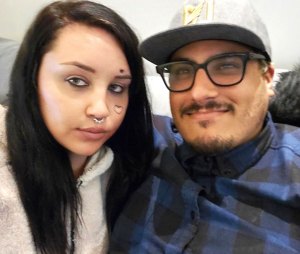 Amanda Bynes Crazy Update: She’s Back in the Bin

Amanda Bynes had a really short comeback where I guess she was on the right mixture of pills and acted “normal” for a bit. Then she started getting kinda weird on social media again, and then she revealed she... READ MORE

Amanda Bynes has had a rough life, but unlike other celebs quick to blame poor decision making / public meltdowns on medical conditions out of their control, Bynes will be the first to admit that the culprit for... READ MORE

Amanda Bynes Back To Being Crazy

Amanda Bynes is the model example of everything that can go wrong with a child star.  Any female celebrity openly asking a musician to “murder her vagina” in front of millions of followers has lost their sanity as well... READ MORE

After three years cloistered at the Southern California Fashion Institute, Amanda Bynes proudly declared herself three years sober. Also she knows how to sew and make patterns. Any recovering addict knows better than to rank their accomplishments.

Nickelodeon Looking to Finish The Job

Nickelodeon isn’t done with Amanda Bynes. The network that exploited an 11-year-old then ran for cover when their unstable creation detonated in 2012 wants to brainstorm a new show with Bynes. The now 31-year-old has presumably found stability.

Amanda Bynes Breast Recovery And Shit Around The Web

Amanda Bynes Is Out, I Mean, Back

The media world is declaring Amanda Bynes healthy since she made her way to a fashion show in Los Angeles without lighting her hair extensions on fire and using them to incinerate Hmong babies. That seems like a low... READ MORE

According to somebody who knows the cousin of Amanda Bynes’ mom’s Peet’s Coffee barista, Amanda is off her meds and doing fantastic. As evidence of such, Amanda has dyed her hair black and announced plans to enroll at USC,... READ MORE

Being street crazy isn’t the same in Hollywood. You grab a couple Z’s at the Beverly Center, throw back some vegan Mediterranean on The Strip, a few selfies to fancy up your bipolar Twitter rants, and it’s still only... READ MORE

Amanda Bynes has been hitting up Mel’s Diner every afternoon for the past several days ordering nothing but bowls of cut up watermelon. That’s not even close to the oddest actress diet in the neighborhood, but when you’ve just... READ MORE