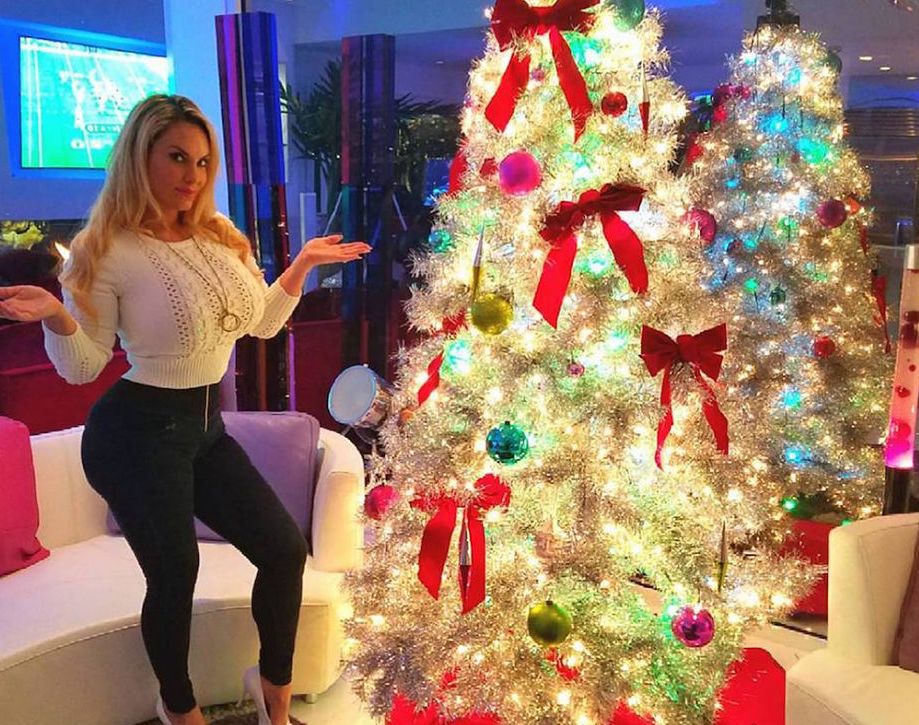 First off, by “wish” I mean a thing to be purchased. A product. If your Christmas wish is for a family member to be taken off chemo or for peace at the border then you’ve got bigger problems. If... READ MORE

Coco Austin met Ice-T while he was filming on set and she was recommended to him as a girl he might like. Color that intro any way you like. It's how relationships were formed throughout history before women were... READ MORE

Coco Austin an her ginormous funbags hit the beach in a too small bikini. At some point makers of Atlas are going to name her a continent and school kids will have to update their textbooks. READ MORE

Heidi Klum's Halloween costume of five other Heidi Klum rode the fine line of narcissim, then jumped it. Each year Heidi Klum hosts a corporate sponsored Halloween party because she wisely doesn't do shit for free outside of fucking... READ MORE

If Coco hadn’t been able to conceive a child for her best sex shoot prop ever, she would’ve had to purchase one in an Albanian bazaar. This fucking baby is the best thing that ever happened to the kumquat shaped model. Coco’s... READ MORE

Coco and her husband the rapper and emasculated talk show host known as Ice-T have decided to name their baby Chanel in honor of how they think something else is spelled. To honor the by-product of their love, Coco... READ MORE

Ice T just knocked up his wife whom he married to brag about her silicon ass to his friends. He’s 57. She’s a young 74. Ice has a few children from previously relationships. In fact he hit for the cycle... READ MORE

Coco seems like a lot of fun. You just don’t want that matrimonial contract with both your names on it. One day you look outside and your wife is rolling onto her sisters body in a tantric sex pose,... READ MORE

I’m not sure if I’m supposed to be aroused by this flesh formation or bring it to New York in chains for an open air circus that wildly threatens public safety. I have to admire the sister on the... READ MORE

More on the Coco Lingerie Line, It Needs More (VIDEO)

If you are shaped like one of those things you squirt into a baby’s ear you’re in luck because Coco Austin is launching a lingerie company. In earlier times Coco would be rounded into a caravan to tour mill towns with... READ MORE