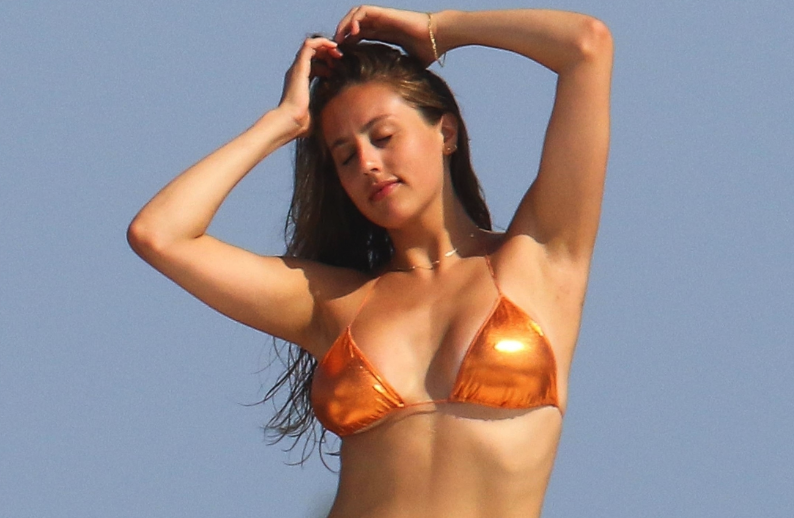 You Guessed It, Sistine Stallone, and Crap Around the Web

Josephine Skriver Fit as a Fiddle and Shit Around the Web

The Fine Art of Subtly Is Lost on The Russians

Nadeea Volianova has been dragging around Hollywood for a couple or three years now. She claims to be a Russian pop star. That's the best part about moving halfway around the world. You can makeup a backstory for yourself that's nearly... READ MORE

A French Russian chick who once modeled has used her own body as a protest board about the Sony email hack. The massive cultural unrest created by the smarmy emails between Sony executives and Hollywood producers has inspired the underemployed wing... READ MORE

Nadeea Volianova Dresses Up In Lingerie Going Out In West Hollywood