Things That Are Sad: Naya Rivera Auditioning For Spielberg On Instagram

Stephen Spielberg is at the beginning stages of producing and directing a remake of West Side Story - a musical epic about rival homosexual gangs in New York City. According to her Instagram caption, emailing a video is technologically... READ MORE 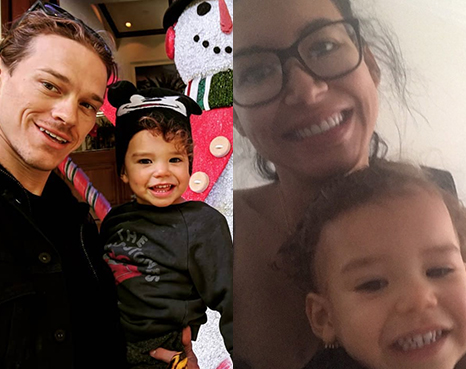 Living away from Appalachia for too long has left me nostalgic for the white hot trailer park goss of my high school years, but thankfully dented trashcan Naya Rivera and her knockoff Jesse Pinkerton Ryan Dorsey, the father to her... READ MORE

Kimberley Garner Cleavage Vacation and Crap Around the Web

In addition to being a man beater Naya Rivera is all about loving and leaving them. Instead of accountability for her actions she’s refiling for divorce. I guess when your husband has a ponytail you’re entitled to demand a sandwich and... READ MORE

Naya Rivera Beat Up Her Husband While Walking Their Kid

There are few truisms in life. Among them are the fact that child actors don't grow up well. Like those unexploded ordinances they find from former wars. It's only a matter of time before kablooey.

Naya Rivera, 30, is letting David Spade, 52, inside her body. The appeal here is obvious. Rivera has spectacular fake tits and hasn't worked since Obama was fresh.

Naya Rivera Had an Abortion for $17.95 Hardback

Following in the footsteps of lesser known entertainers not even thirty and penning memoirs, the Latina cheerleader from Glee is coming out with her autobiography, Sorry Not Sorry. Which is it? Sounds intriguing. READ MORE

Naya Rivera Revels In Stink And Shit Around The Web

Hot Latina Naya Rivera claims that daily bathing is just White people shit. She told the menopausal bobble heads at The View that “ethnics” like her only bathe every few days. That seems pretty nasty. If she had said I... READ MORE

Naya Rivera knows there are kids in need of some UNICEF somewhere in this world. She doesn’t fool around. Tits, ass, no underwear, now are you feeling generous, you global pillaging American one-percenter? I typically earmark my United Nations... READ MORE

Last time we checked in with Naya Rivera, she was denying she had new tits and her fiance Big Sean was bolting because she was trying to install GPS ankle monitoring devices on his rapper cock. I think that’s... READ MORE