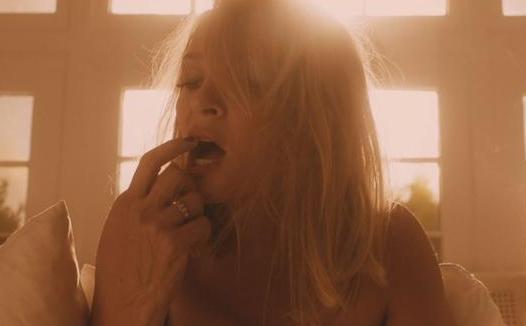 Andie MacDowell held up pretty well, and in 2018 had her first tits out scene in over a decade in Love After Love alongside Dree Hemingway. You’ll be the old man and the semen. Right fellas. You can see... READ MORE

"Happy Thanksgiving Everyone! (Except you Harvey, and all your wicked conspirators - I’m glad it’s going slowly - you don’t deserve a bullet) -stay tuned Uma Thurman"

Remember when you couldn’t sleep without the lights on because Uma Thurman disfigured her face and it reminded you of the time you watched your ceramic monkey melt in the house fire your dad lit for insurance? If you’d... READ MORE

It’s a shame what Uma Thurman did to her face. I’m sure it says something about sexism and ageism in Hollywood, but for the time being we should probably just focus on outing the name of her plastic surgeon. See... READ MORE

Uma Thurman modified her face for a role called I fucked up something awful trying to look younger God please give me a do-over. Some of the kinder celebrity rags are referring to her almost unrecognizable face last night... READ MORE

Quentin Tarantino And Uma Thurman Are A Thing

Uma Thurman and Quentin Tarantino attended the closing ceremony of the Cannes Film Festival together, since they were both presenters, and they even walked the red carpet together. To the untrained eye, it would just seem like they’re two... READ MORE