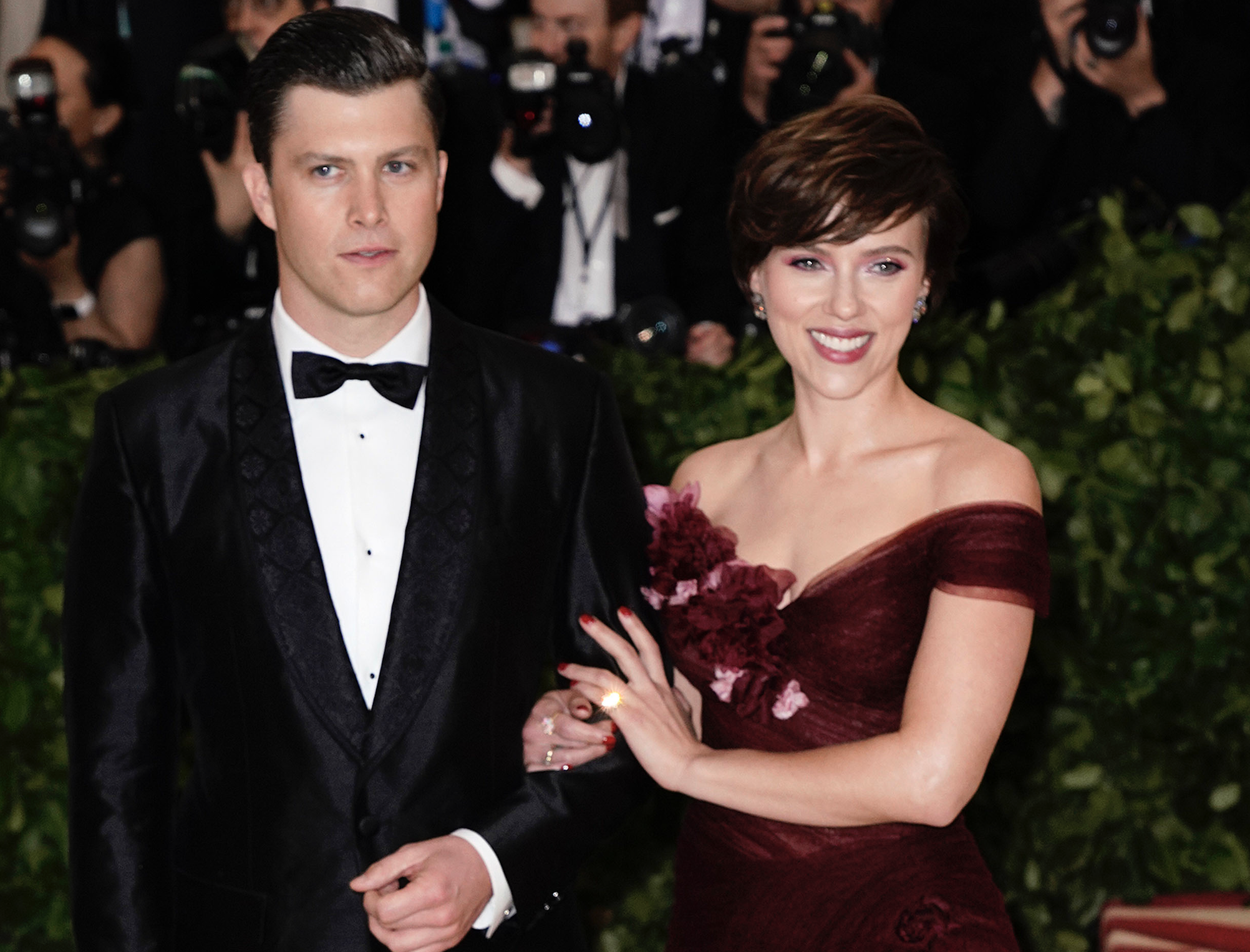 It’s one thing to share your woman with someone like Bobby Flay, but sharing your white cis-male scum opinions on the internet is crossing a line. Colin’s social credit score dropped at least 50 points after pointing out award... READ MORE 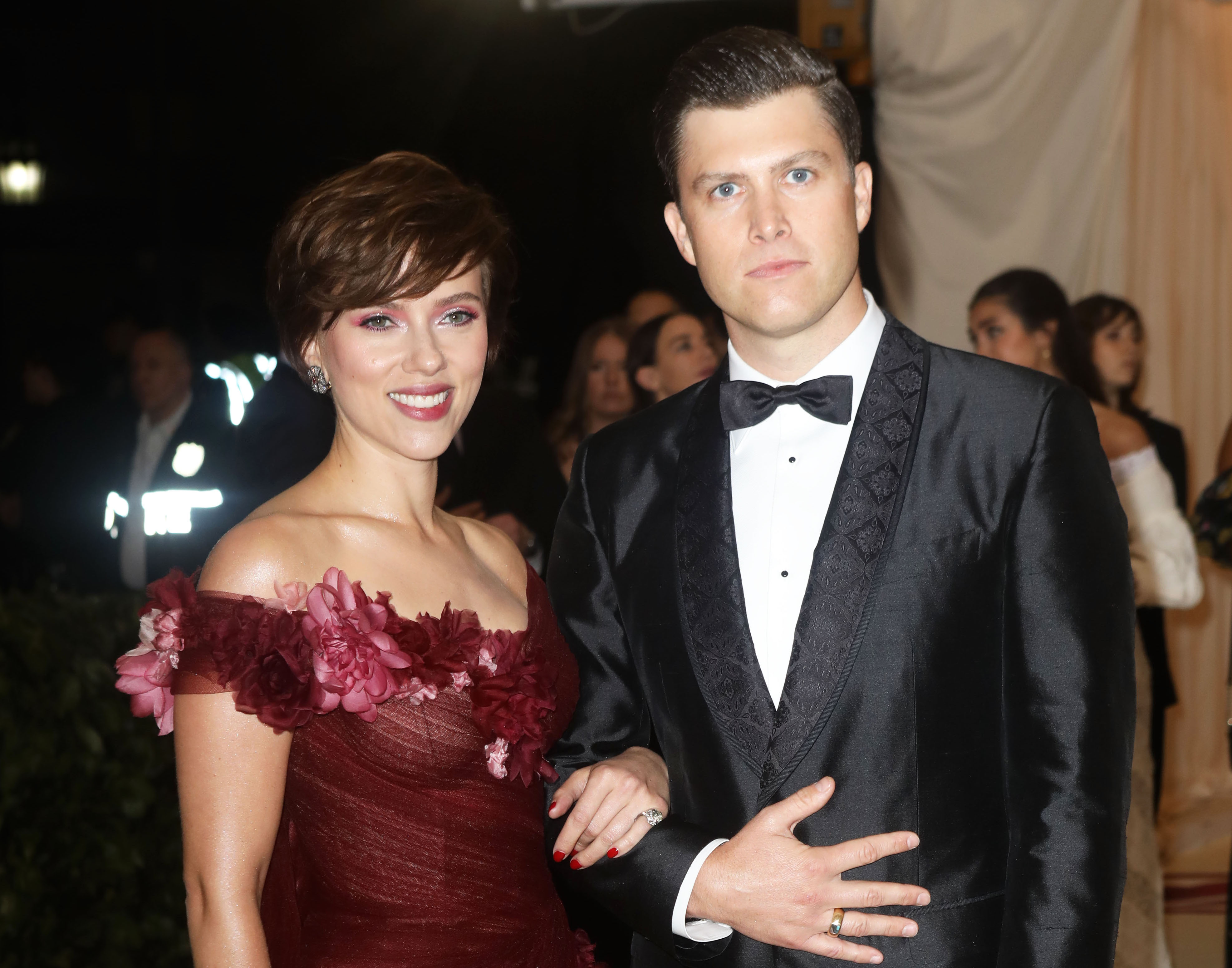 Those who feel Scarlett Johansson has all the charisma of a bloody tampon were stunned at her self-awareness when she showed up to Monday night’s Met Gala dressed as just that. While her soccer-mom-clinically-addicted-to-Target-Dollar-Spot hair or seeming disregard... READ MORE

A man wanting to be with a woman forever who puts him behind her career and kids isn’t exactly an Einstein when it comes to making the smartest decisions regarding relationships. But Colin Jost loves scraps and Scarlett Johansson.

Scarlett Johansson Still on the Rebound With Colin Jost

Scarlett Johansson wastes no time in her quest for new people to penetrate her. With her new daring dyke inspired look I can imagine she takes turns with her boyfriends alternating between being a top and bottom.

Last Saturday marked the final episode of one of Saturday Night Live’s most successful seasons in years. The cast celebrated with a wrap party at Rockefeller Center. Guest star Scarlett Johansson celebrated by exploring the inside of Weekend Update host Colin... READ MORE