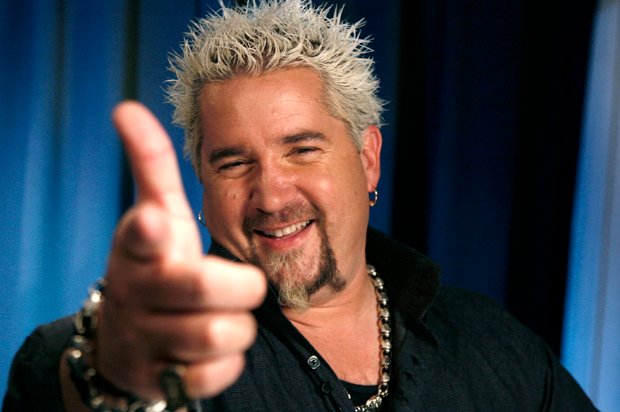 The war waged by the people against Guy Fieri is going well. One of his restaurants closed their doors and stayed in 2017 were it belonged.

Guy Fieri and his face personally officiated 101 gay weddings in Miami at the South Beach Wine and Food Festival. This was based on a promotional event where the first 101 gay couples to tweet #101gayweddings would be included. It’s... READ MORE

Men often talk about their fisticuffs history with some sense of pride. The fact is, outside of defending the honor of some lady, 99% of guy on guy impromptu fights are pointless and mostly embarrassing. I don’t care if... READ MORE

Guy Fieri is weirded out by gays

‘Diners, Drive-Ins and Dives’ host and Food Network star Guy Fieri demands to be told whenever he’s about to interview someone who might be gay so that he can prepare and brace himself, which probably sounds gayer than how... READ MORE