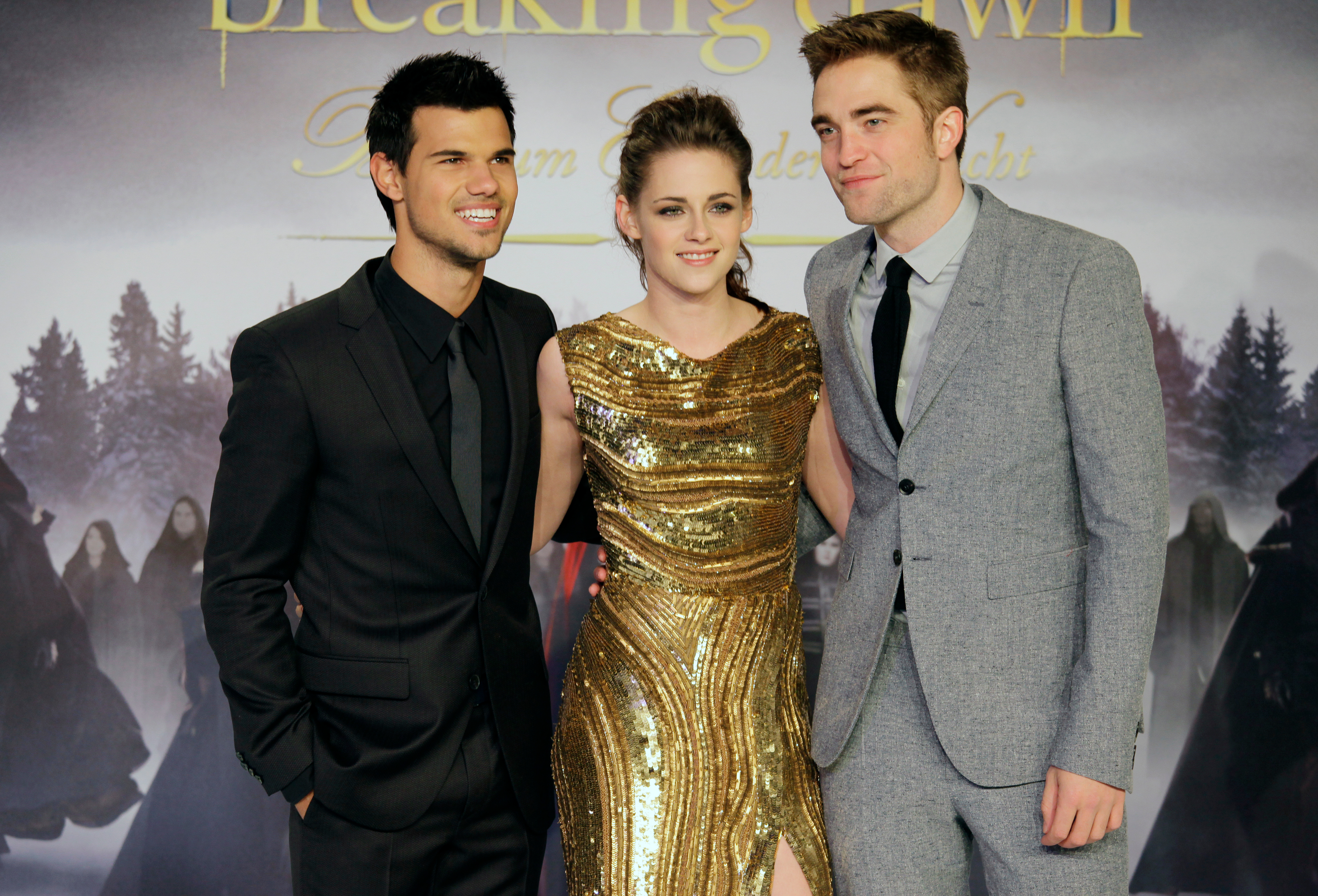 Twilight Series May Get A Second Coming

There was a very important time period in American history where everyone was forced to pick a side. Making a decision meant the possibility of becoming a pariah after going public with your support. It was was bigger than... READ MORE

If you wanted to make your ex jealous you should have dated Katy Perry right after Kristen. Katy Perry looks down to do everything Kristen wouldn’t in bed. She’s even into girls too and looks like the type that’s... READ MORE

Say what you want about Robert Pattinson, but I’ve got to hand it to him. When his lesbian girlfriend cheated on him in broad daylight, he at least had the cojones to dump her ass.

T-Pain not so considerately joked that Robert Pattinson had proposed to the over accessorized avatar who calls herself FKA Twigs. A tear ridden conversation no doubt ensued once she heard the news as she proceeded to continuously ask if this... READ MORE

Robert Pattinson’s flail wielding Road Warrior girlfriend posed naked for V Magazine. How does this bitch travel? I find it a pain in the ass to take my belt off at Airport Security, let alone remove a stud from my... READ MORE

FKA Twigs in a Bikini

As far as beards go, you could do worse than picking a pubescent looking chick with a childish stage name. Outside of asking for money to go to the mall, she’s mostly going to leave you alone to work... READ MORE

Twilight Fans Are Racist And Shit Around The Web

I’ll say this for that chaffing sob monkey Robert Pattinson. Beneath all the emo, he’s still a dude. So when the spoiled brat love of his life goes and cheats on him in a messy public scandal, he does... READ MORE

Love Is Dead: Robert Pattinson and Kristen Stewart Break Up

Robert Pattinson has reportedly once again broken up with Kristen Stewart. Sources are saying the unnecessarily intense young actor couple had been fighting a lot, presumably about which one of them is more catastrophically boring and can gin up more fake... READ MORE