Evan Rachel Wood, who you may recognize from the HBO show WESTWORLD is a big anti-rape activist. In 2016 she told a Rolling Stone reporter that she had been raped twice and was still suffering from the experience, she also said “I don’t believe we live in a time where people can stay silent any longer”. So it makes sense that this bitch can’t keep her mouth shut a day after Kobe Bryant died in a helicopter crash.

I want to say that she said what we’re all thinking, you know, what ever happened with that whole rape case Kobe had anyway? Well, what happened was he settled out of court because either he did in fact rape that 19 year old and paid her off to get the case dropped, OR maybe he didn’t rape her, maybe she willingly had sex with him because he was Kobe fucking Bryant and she was just some ratchet hotel worker who was looking for a payout. The question is WHERE IS SHE NOW??

Either way, Evan Rachel Wood is getting slammed for making the comment about Kobe being a rapist, because the world can’t handle it, just like they couldn’t handle Michael Jackson king of pop being a child rapist. Just like its hard for people to think of Harvey Weinstein as anything but a rapist, even though he could have just been using the opportunity to hook up with girls who were WILLING to fuck him for a role in a movie, but when their careers started to go downhill they call it rape. Just like Kobe took the opportunity to get some out of town ass because he was a star. But that’s a whole different story for another day. The point is, why is the public so quick to defend Kobe as a hero and not a rapist, when he had his day in court just like Harvey?

It’s hard to take Evan Rachel Wood seriously knowing she was a full supporter and collaborator of Woody Allen, who was also accused of sexual assault by his own adopted daughter.

Pick your battles Even Rachel WOOD 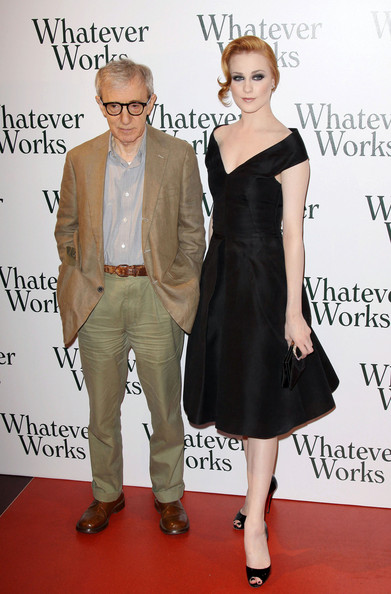