Amber Rose May Have Tattooed her Forehead

Amber hasn’t officially said if the tat is real or just makeup in an attempt to get hype around her, but as you can see “Bash Slash” written across her forehead in the photos below. Amber is no stranger to tattoos, she famously had her baby daddy Wiz Khalifa’s face tattooed on her arm before covering it up with a portrait of the artist Slash. She also has a portrait of her two pugs on her, some smashing pumpkins lyrics and the hollywood sign… 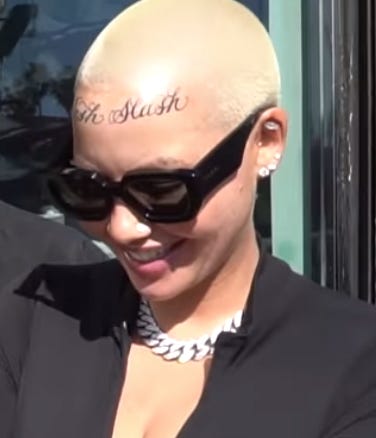