Every Time Liz Hurley’s Son Looked like her Twin Sister

Elizabeth Hurley is all over social media with her bikini photos, she’s 54 years old I’ll admit she really does look great. But every time I see her new bikini pics, I remember reading somewhere that she has her son Damian take all the photos for her. So I looked up her son, who she had with Billionaire Steve Bing in 2001 – the same time he was having another baby with a tennis player called Lisa Bonder, which is a whole other crazy story that ended in Bing suing former MGM owner and billionaire Kirk Kerkorian (rip). When Liz announced she was pregnant Bing denied being the father but they ended up doing a DNA test and as Maury would say, Steve you are the father.

Turns out, Damian now at 17 looks a bit like Steve Bing, I guess it’s the eyes, but he looks like a carbon copy of his mother Liz. So much so that there is a gallery below of side by sides below and to be real with you, at times I couldn’t tell who was who.

Damian is also a celebrity in his own right, he had a brief role in a series called Royals, which his mom was also on in her role as the Queen of England – I have not watched this. 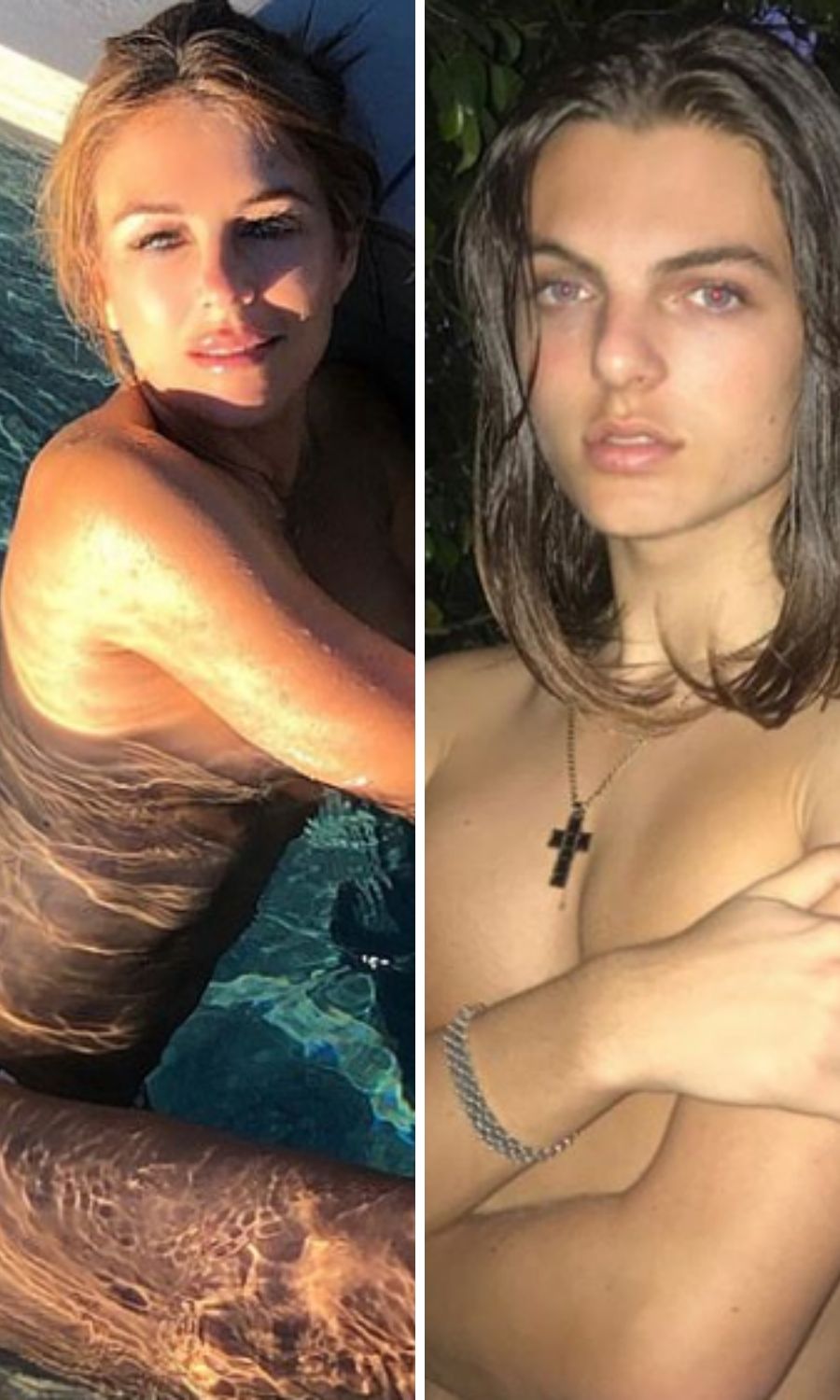