Canadian pop singer and possible alien Grimes has officially split her personalities. She has created an alter ego type digital copy of herself which she’s named War Nymph. The artist has said that WarNymph is her “Maternity leave avatar” which will allow her to continue working and keeping up appearances while she’s off having her baby with Elon Musk.

The singer spoke to The Face about her new personality saying:

“WarNymph is a survival mechanism for the world I’m living in now. When you exist in public, as more and more of us are doing these days, you begin to lose yourself to this digital self.”

Grimes is preparing to not only give birth to her little billionaire baby, but also to release her new album called “Miss Anthropocene” which is set to be release on February 21st.

You can see some images of Grimes’ digital avatar WarNymph below. While the character does look a lot like Grimes, she’s taken this opportunity to develop the digital version of herself into what she wants to see. A bald freaky little alien with the same tattoos as Grimes. Kinda iconic.. 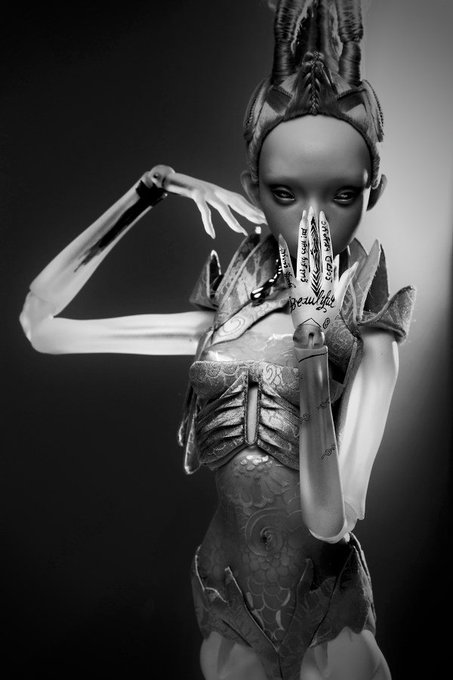