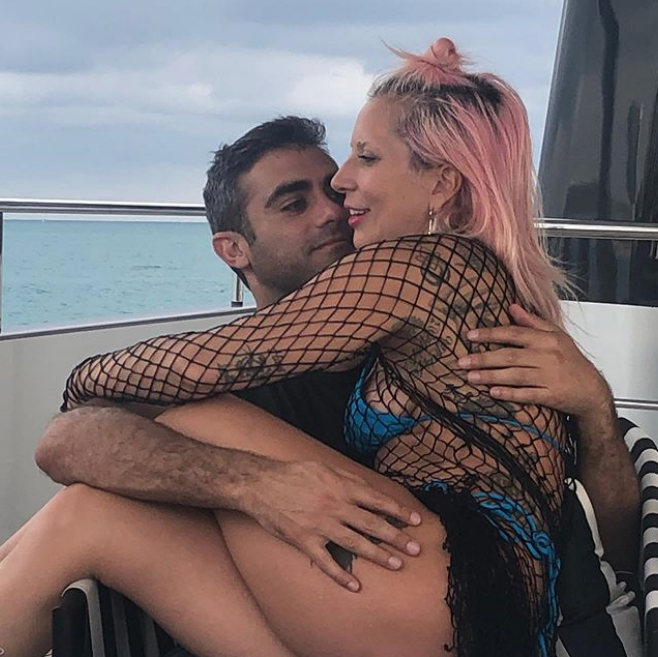 I am not one of those people who is interested in celebrity relationships. I know those people exist, and they terrify me. It’s usually bored housewives into the tabloids but it is still weird. The last thing I think of when I look at a celebrity is what or whom they are inserting in their genitals.

I am also not one of those people who gets mad when a celebrity gets a new boyfriend. I know those people exist, the serious fan boy. The kind of guy who obsesses over a celebrity and thinks there may be a chance for him. He who has a life size sculpture or sex doll in the celebrities image that he marries on his weekends because he has no friends and it is a fantasy.

I am also not one of those people who likes Lady Gaga. I think her whole routine was contrived and manufactured. There was zero authenticity to her. It was all designed to make money. So her celebrity in and of itself is a sham. Her fame based on LIES.

Then there’s the whole Lady Gaga as a serious actor, because she played herself in a Brad Cooper movie that I HATED every second of, but not as much as I hated the praise she got.

However, in digging around for stories, I saw that yesterday Gaga announcing her new boyfriend went viral.

The guy is some Roman Polanksi or Michael Polansky, he works for Sean Parker (napster and facebook billionaire) and runs his fund, is worth a lot of money and thus dates the ugliest pop star ever. You know some “winning at life thanks to tech” nerd shit.

The reason I am writing this post is because I read the news on some GOOGLE pushed story because google controls the internet from ELLE.com that reads: 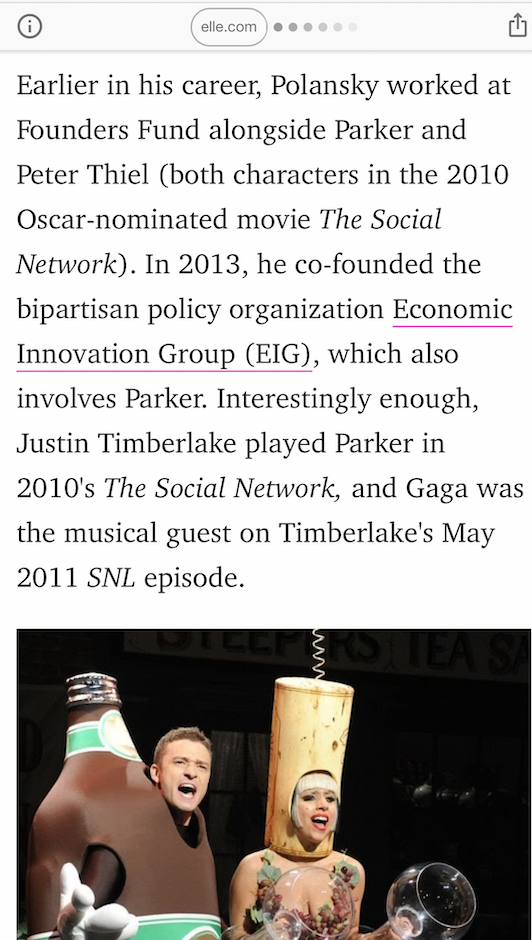 They basically threw in Justin Timberlake into the story, for NO fucking reason, other than he played her boyfriend’s boss, and him and Gaga who were never a thing, hosted SNL together once.

WHAT KIND OF CLICKBAIT IS THAT…

I can’t even figure it out. Why the hell is JT part of this story.