Evangeline Lilly is that bitch from the show LOST which I have never watched but was apparently about the afterlife and spoiler alert – they were all dead the entire 6 years that the show ran. She was also in the HOBBIT movies for all the nerds out there.

Apparently she has some sort of immunodeficiency or claims to have something wrong with her and her father, who she lives with, is also compromised because he has stage 4 leukaemia, but she isn’t worried about catching COVID-19. She’s been out and about dropping her kids off at Gymnastics Camp and refusing to self isolate. 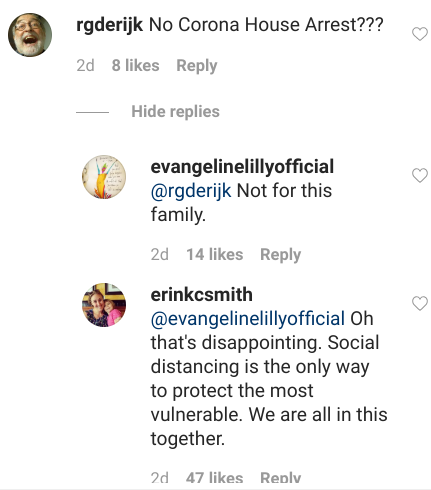 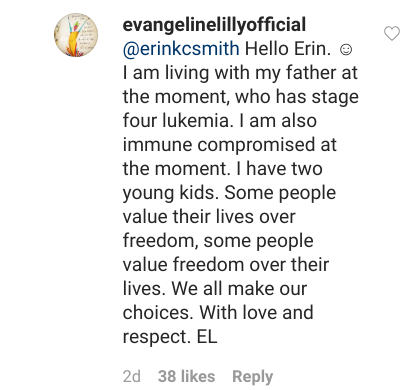 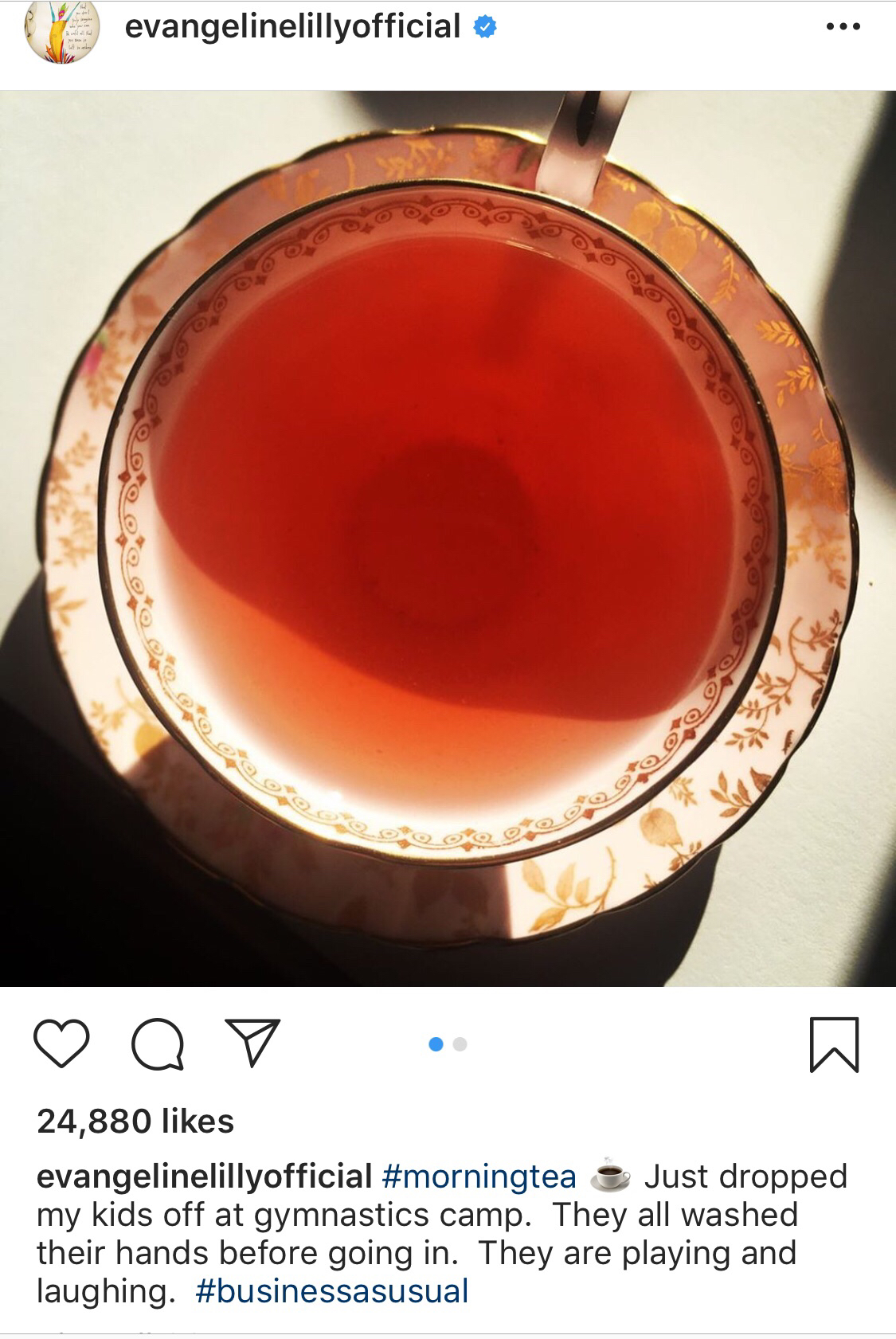 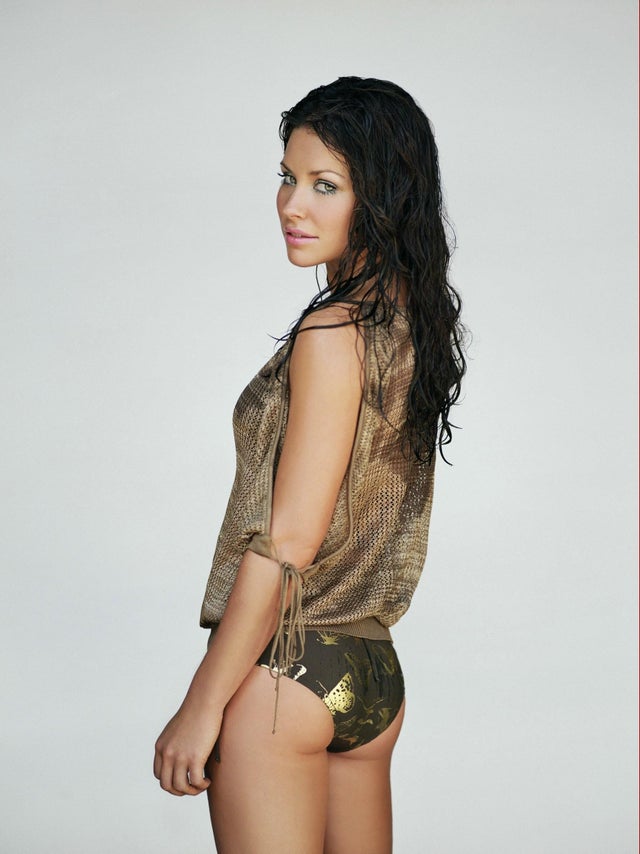