Spike Lee got Denied Entrance at the Knicks Game

Spike Lee has been using a special employee entrance to Madison Sqaure garden for 28 years, apparently this time staff told him to go through the main entrance with everyone else attending. Spike spoke on “First Take” about the situation saying “It was a terrible experience”. The Garden actually released a statement about the incident to which Spike said “Nah, this is a spin”.

The Knicks released the following statement which basically says that the entrance he’s been using for 28 years was changed and that he should be using the VIP entrance which is used for other VIP guests. Spike spends $299,000 a year on season tickets by the way. 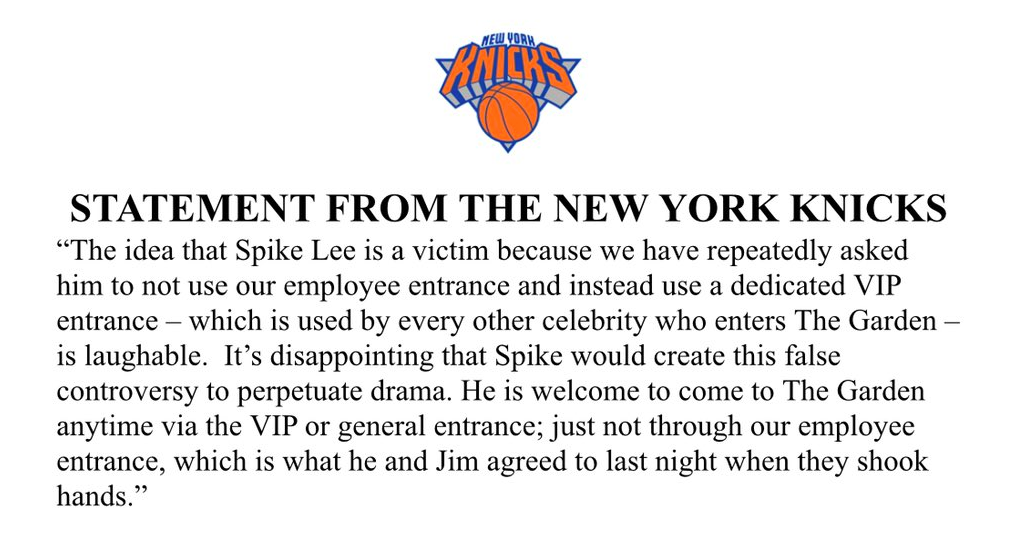 My first thought was dude get over yourself, but you know what, if I’m spending 300K on tickets to a basketball game I expect them to let me in whatever door I fit my damn body through.