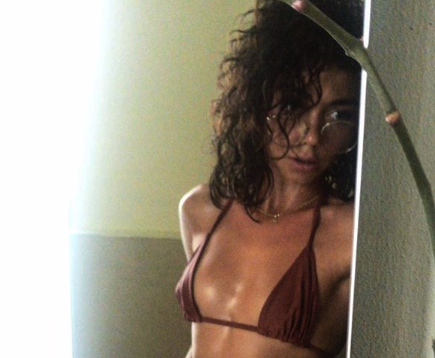 Emily Ratajkowski’s existence in the celebrity realm is more gimmicky than gourmet grilled cheese sandwiches. On paper it sounds like a good idea, but after further examination the actual execution is unimpressive and leaves much to be desired. That’s... READ MORE

Em Rat Cow Is The Voice Of Feminist Everywhere

Emily however the hell you spell her last name is doing well for herself as of late. She’s landed a role in another movie once again without any real prior acting experience. But she’s good at taking dick and... READ MORE

As we come to the closing chapter of 2017 the countdown to Christmas and the New Year is a glorious one thanks to a few women who aren’t too fond of wearing clothes.

The part of fashion I do appreciate is the power these designers have to make hot women take off their clothes. While owning a bush may fall under a trend, a great pair of tits will never go out... READ MORE