Demi Lovato To Perform at the Super Bowl

In news we don’t care about, but that is ridiculous, Demi Lovato is making a stop at the Super Bowl. She’s not quite the halftime show, but is instead working the National Anthem, but still totally offensive to me.

Basically, the opiate addict who had a drug overdose received nothing by praise when all that went down. The media love her and encouraged her to get well soon. No sponsors pulled their sponsorship deals they had with the addict, but instead were “inclusive” and supportive.

Which is crazy to me. I guess I am old, outdated and remember a time when things like a drug overdose that didn’t kill you would ruin your career, as it should.

To praise her is to be irresponsible. To play into her “victim of success” or “bi polar disorder” so she’s out there self medicating with Heroin is just dumb.

I am not saying that because she’s now fatter and less appealing, because I’ve always found her unappealing. I am saying it because the world is SO nuts to think that an overdose should mean “bring her to the Super Bowl as her coming out event”.

Not to mention, she’s not even a good singer. So I don’t know what this is all about but it’s wrong.

Throw her in rehab, kill her career, give a harder working, less entitled more talented person the chance to have that audience. Forget about the trash that doesn’t even respect herself or her fans enough to not do heroin.

This is a terrible lesson for all the kids who look up to Demi, which I assume exist.

The half time show will be Jennifer Lopez and Shakira, because the NFL doesn’t want to accept it’s 2020 so instead they are bringing the Y2k nonsense.

If Super Bowl National Anthem performances don’t excite you, you can also see the addict perform at the Grammys 2020, because they don’t think Heroin Addicts who have drug overdoses should be excluded from the fun. Bring on the methadone.

Haven’t careers been destroyed for far less? I’m thinking Louis CK, Brett Ratner and all the other dues who masturbated for women who didn’t tell them to stop because they were scared, because they weren’t heroin addicts I guess.  Crazy times.

Maybe they should rename that portion of the Super Bowl to Super Bowel, you know since when she was dying of her heroin overdose she shat herself. You know let’s keep the theme alive and bring it all the way HOME….

Here are some pics of her from the archive, because trust me, she looks like shit now. 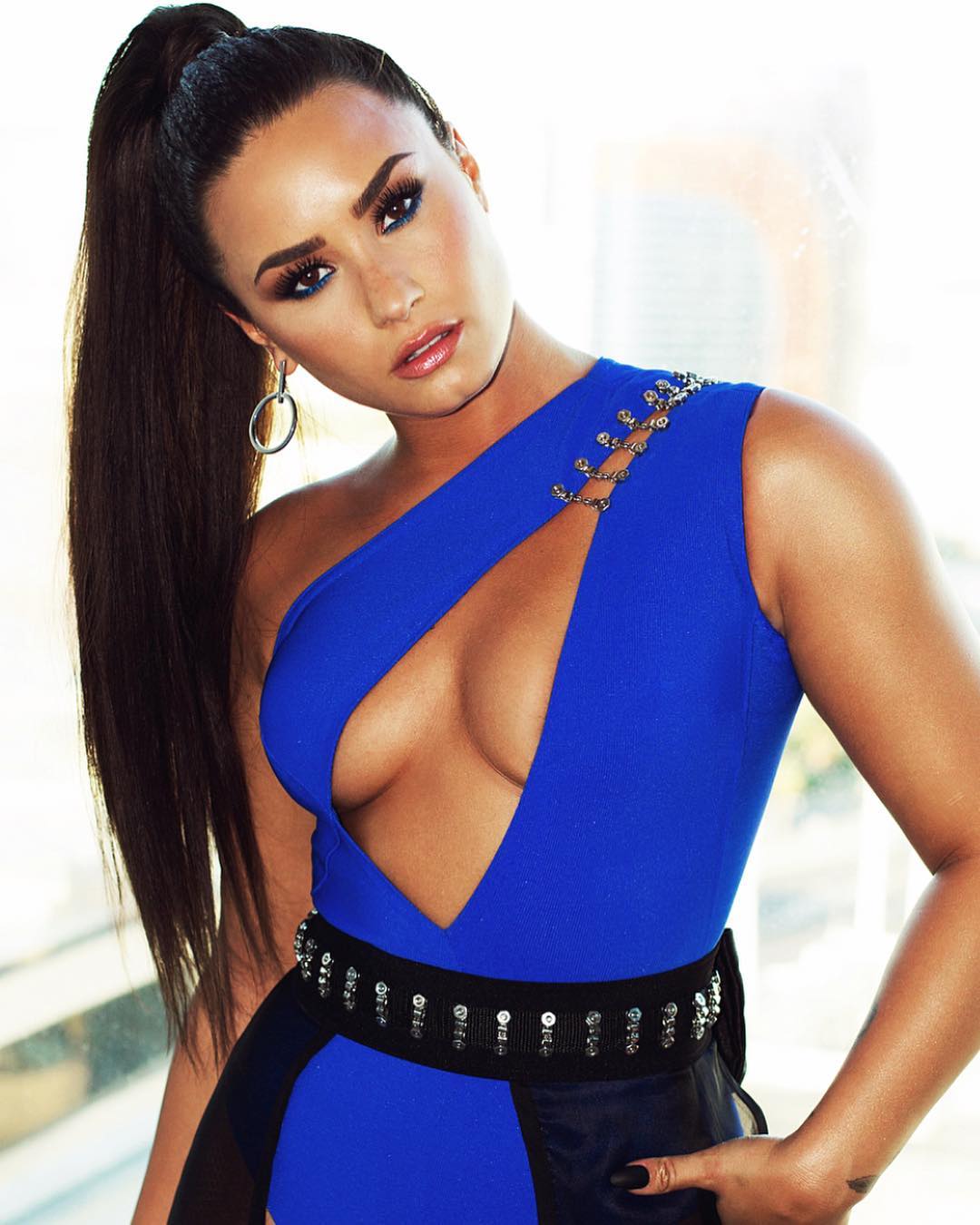