Iskra Lawrence Showing Off her Plus Sized Pregnant Ass

Her name is Iskra Lawrence and she is a plus sized model who has been selected by society as being one of the more popular, or paid plus sized models out there. One of those “Pay them by the pound” girls who society needs to sell product to other fat women, because the majority of consumers are fat women. They don’t want to offend fat women shoppers by presenting them product with someone who isn’t fat, that they can’t relate to, that’d be bad marketing.

So Iskra found a window of opportunity early on the instagram game, after years of failing as a regular size model, she got to eating. Carb loading. Her marathon she was prepping for was one of being an empowered big girl, not an actual marathon, an actual marathon would get in the way of her lie.

She did a very SIMPLISTIC video of her in her underwear on the train talking about being body positive, fat and proud, an awesome launch that obviously the internet LOVED. It was so brave. It is so empowering. Stripping down like that. She is such a hero.

Well, years later, millions of dollars of brand deals later, the model, who I think is in “fat-face” which like “Black face” is capitalizing on something she is not, exploiting it really, mocking the health and disease that comes to actual obese people. She is too happy to be an actual fat person. She FOR sure got fat intentionally. Prove me wrong.

So in being brave, empowered and loving life because of the scam she’s pulled, her now pregnant (so she has an excuse to be fat” ass is out there in a thong, because this is the content she puts out about herself to get attention. I am sure her 4.5 million followers and “body positive” brand partners LOVED it. They don’t see it as shameless SMUT. They see it as a hero being brave. The world is nuts. 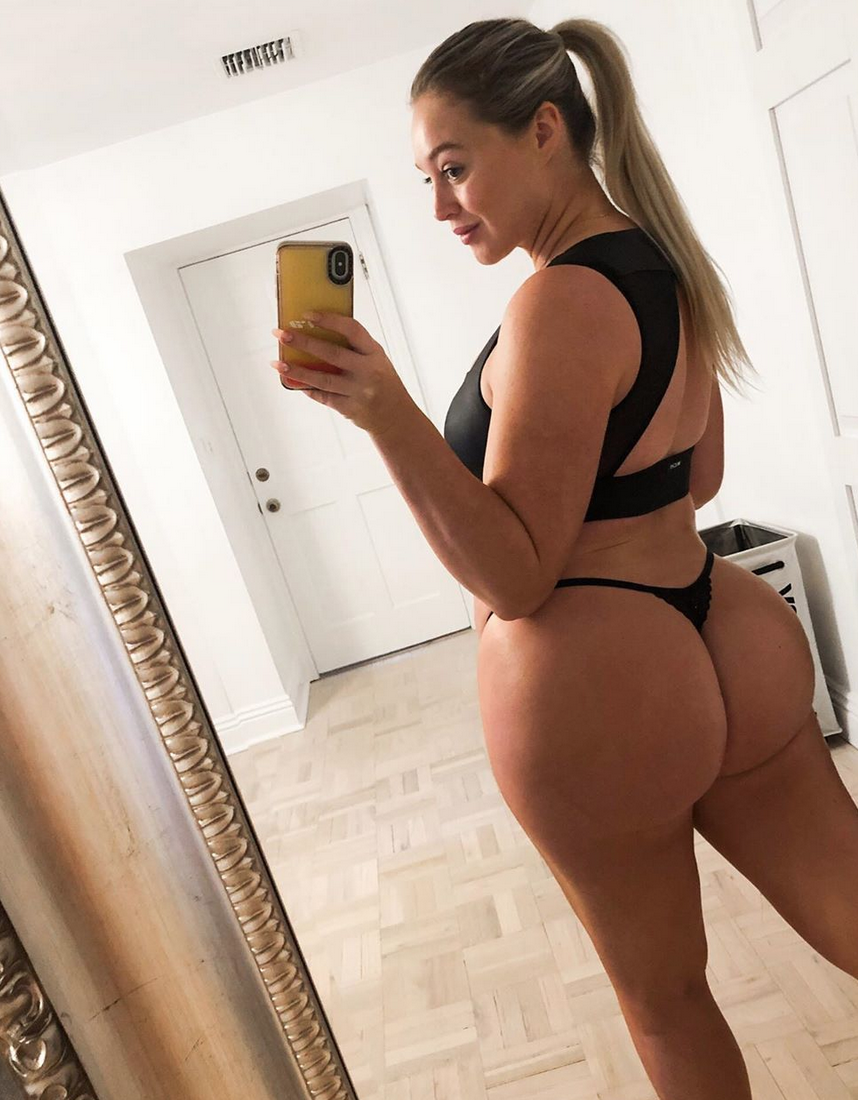