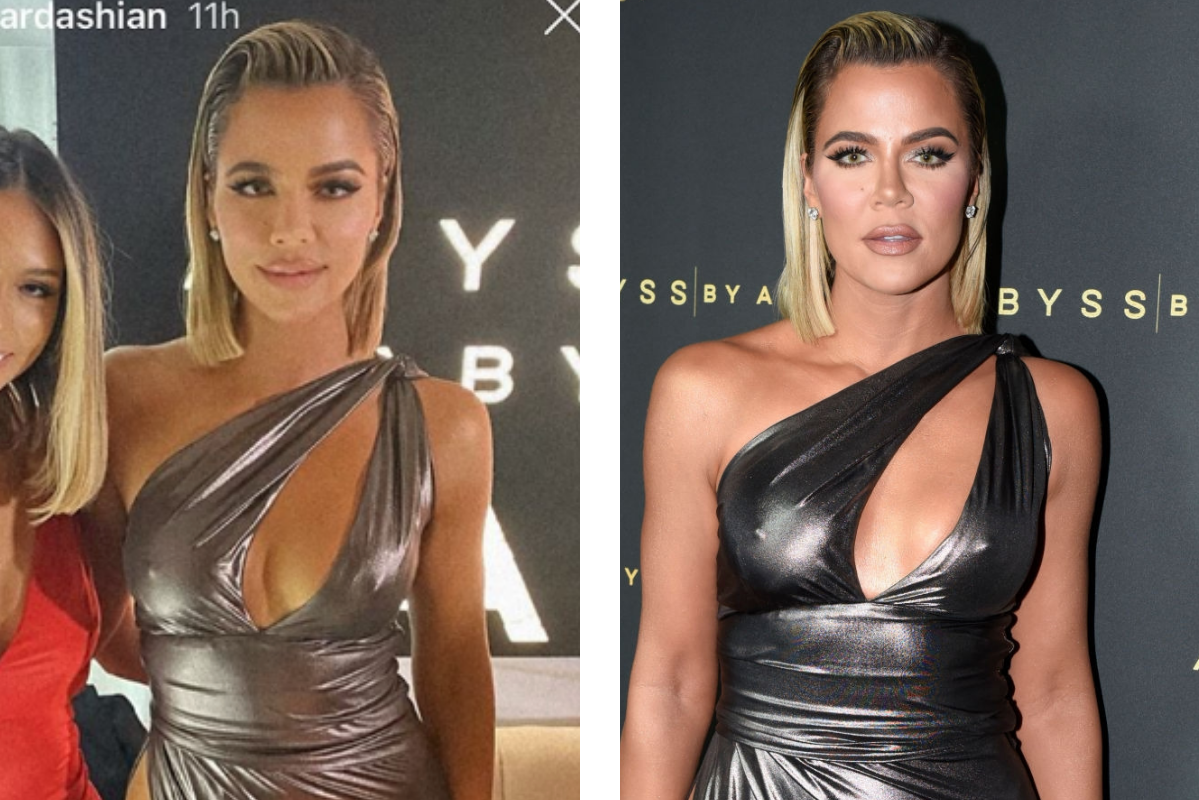 Khloe Kardashian was paid to attend the Abyss by Abby launch part in West Hollywood this week, most likely because she is the Kardashian with the cheapest rates and the brand couldn’t afford Kim.
Larsa Pippen was also there, we like to call her the Kardashian Shabiblit cause she just hangs off all their fake asses and gets their sloppy paparazzi seconds but that is a whole other story. They had TYGA perform at the event as well, which is I guess why they couldn’t invite Kylie on account of her having a baby with him and passing it off as Travis Scotts.

Anyway, Khloe showed up in one of the brands designs that exposed her hard nipples and had a very high slit and honestly didn’t look that bad, she actually looks pretty thin here and not like the bloated monster we usually see in paparazzi pics. But then she posted her insanely photoshopped versions of herself that night, and the differences are pretty hilarious. Girl basically erased half of her eyebrow in one of the shots. When will Khloe realize she is the monster she sees in the mirror everyday and just embrace it?