The SAG Awards happened last night and every media outlet is talking about Brad and Jen like it was still the 90s.

I have seen these Brad Pitt and Jen Aniston pics at least 300 times today and I have not been looking for them. I am not a Brad Pitt and Jennifer Aniston fanboy waiting for their love to blossom after he cheated on her with Angelina all those years ago, but apparently, I am not the masses because the masses have turned it into a meme that they are going nuts over.

I just imagine people at their offices or at their family dinners tonight talking about this like it’s a thing. “Did you see Jen and Brad at the SAGs” and can’t help but feel how pathetic we all are for that. They are old. This story is old. Why do you all care? 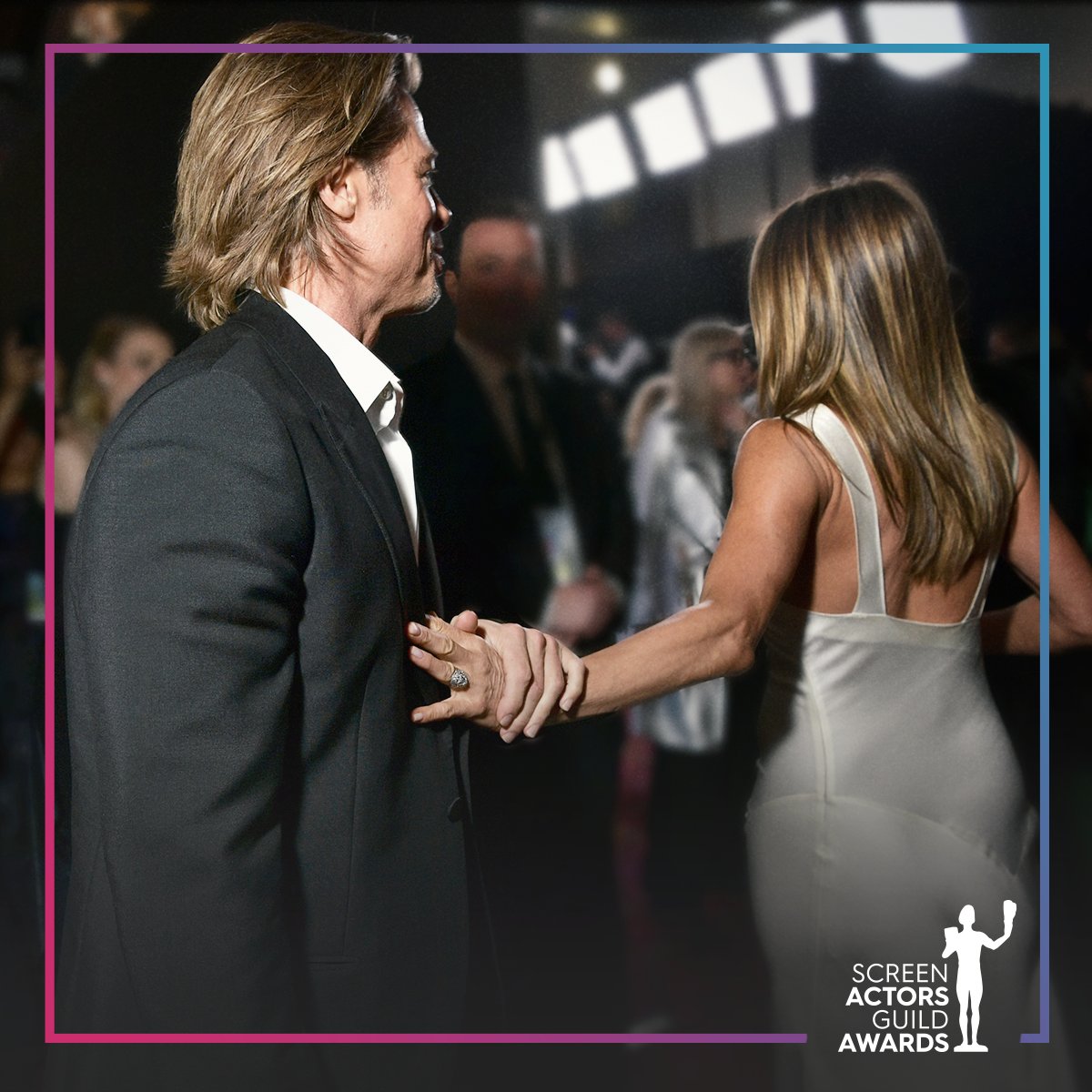